Excellent coastal views plus views inland over the Seaward Kaikoura Range from the top of Patutu (1162m).

Patutu (1162m) lies in the far north of Canterbury, about 25 minutes drive north of Kaikoura. Like the nearby and more famous walk up Mt Fyffe, much of the ascent to the summit of Patutu is along an old vehicle track. And much of this through a variety of regenerating native bush. Most of the views start from roughly two-thirds of the way up. Views from the summit are very good, taking in some of the highest mountains north of the Southern Alps, and a long stretch of coastline, as far as the North Island. The mountains include a somewhat distant Tapuae-O-Uenuku (2885m), and the nearby Seaward Kaikoura Range.

It’s quite a long walk with about 1250m of ascent and descent from sea level to the top. And the final climb to the summit is very steep in places. It requires some scrambling, especially if you lose the route like we did a couple of times. Hopefully my track notes below will help. 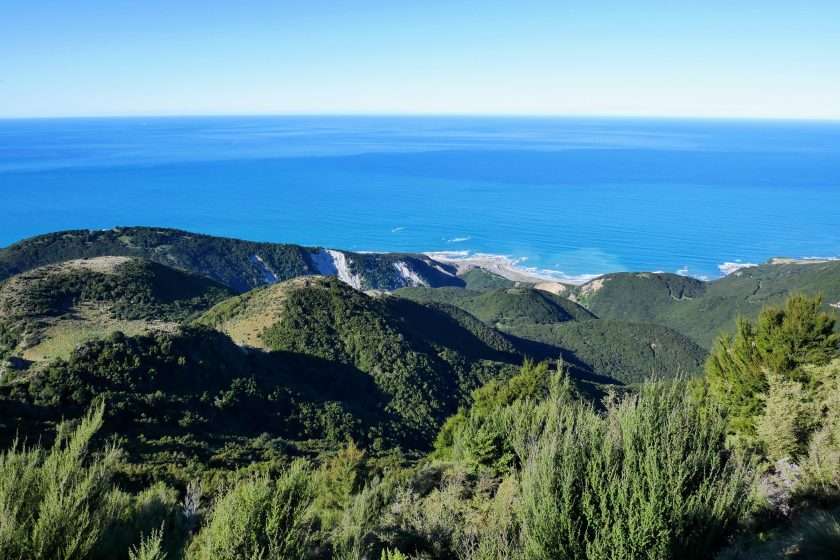 On the way back down from here… 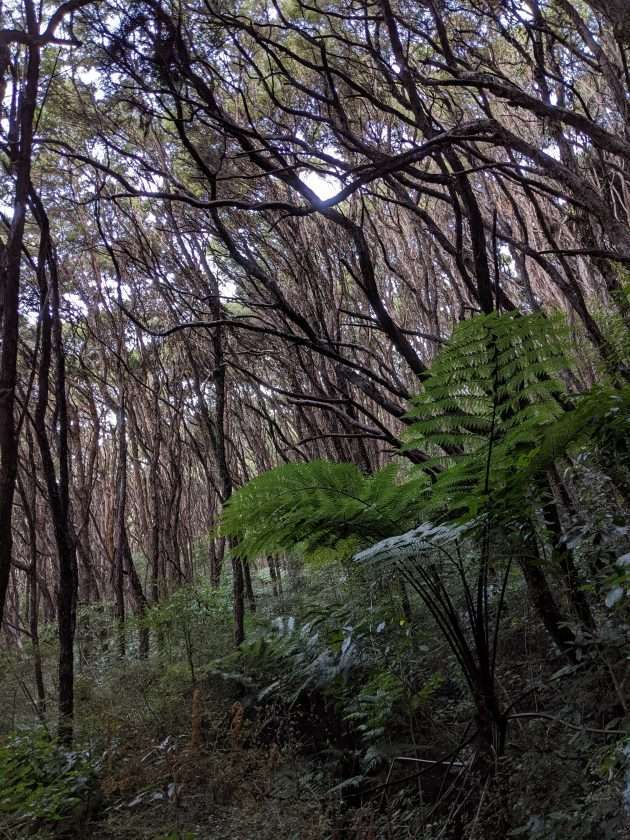 DOC notes say that the route is on an old vehicle track until the final hour, but I think this is a bit misleading. There are at least two sections that are on a narrow impact track, possibly because the original track was washed away in landslides. And some sections are not well marked, including the sparsely poled route to the summit.

The route starts from the Okiwi Bay campsite, and is obvious along the Okiwi Bay Half Moon Track until the turnoff onto the Patutu Route. This is not marked, and is not at all obvious. To make things more confusing, there is an obvious track junction just 30-40 metres (roughly) on from this turnoff, which I thought was the correct route. The correct turnoff goes downhill to Mororimu Stream, and is a narrow impact track rather than a vehicle track. (Continuing on the vehicle track takes you uphill). You cross the stream, and the track continues downstream for a while. After this the track narrows further and requires a bit of scrambling, but eventually you are back on the vehicle track  until the final climb to the summit.

Final Climb to the Summit

This final climb is steep on an often vague impact track following a sparsely poled route. When you get to small rocky outcrops (at roughly 900m and 1020m as I remember) you need to stay right rather than try and go up over them. The rocks can be crumbly and I almost fell (only six weeks after falling on Mt Philistine and breaking my ribs). You’ll see the impact track more easily coming back down so don’t worry about the descent if you end up scrambling a lot on the ascent.