A pleasant circuit walk along a stretch of Thredbo River at Bullocks Flat. We saw quite a bit of wildlife in the area despite other walkers and cyclists. 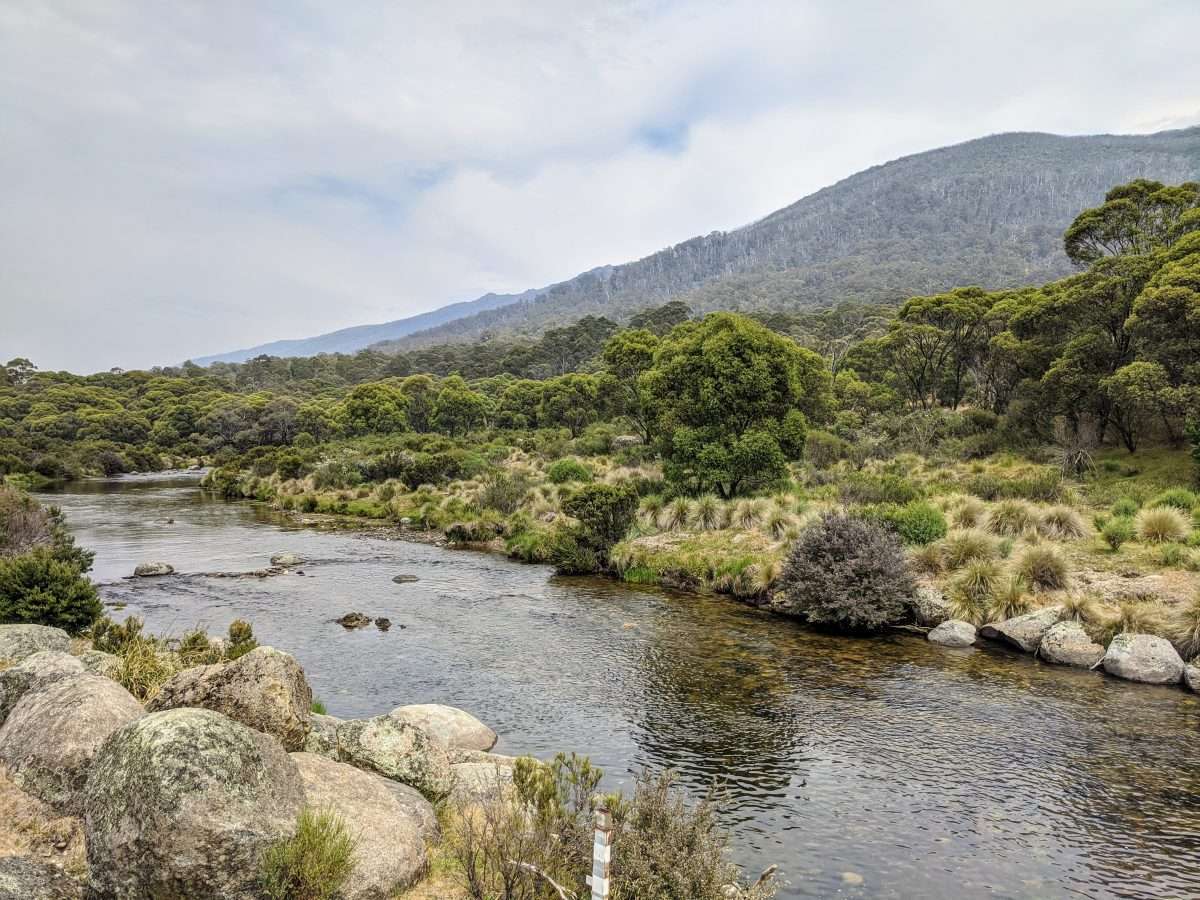 The Bullocks Track is an easygoing walk along the banks of the Thredbo River. There are views up 800m to the Ramshead Range, and over picturesque sections of the Thredbo River. We encountered quite a bit of wildlife along the way, despite it being a fairly busy area with a major camp site at Thredbo Diggings. Not a spectacular walk but good one with children or if you need a rest from longer walks up in the alpine areas. END_OF_DOCUMENT_TOKEN_TO_BE_REPLACED

Visit the big boulders called Porcupine Rocks on this popular walk starting on the edge of Perisher Village. You can extend the walk to bag two nearby peaks, Mt Duncan (1926m) & Mt Wheatley (1877m).

The Porcupine Rocks Track is a popular walk to big boulders high up in the Ramshead Range near Perisher Village. There are views over the Thredbo Valley, about 700 to 800m below. If that’s not enough for you then you can walk off-track to nearby Mt Duncan (1926m), and along an impact track and poled route to Mt Wheatley (1877m). All walking is through attractive alpine meadows, heath and snow gums.

END_OF_DOCUMENT_TOKEN_TO_BE_REPLACED

An excellent short walk from Charlotte Pass to Mt Stilwell (2040m) for great views of the Main Range and over an alpine plateau strewn with countless boulders. 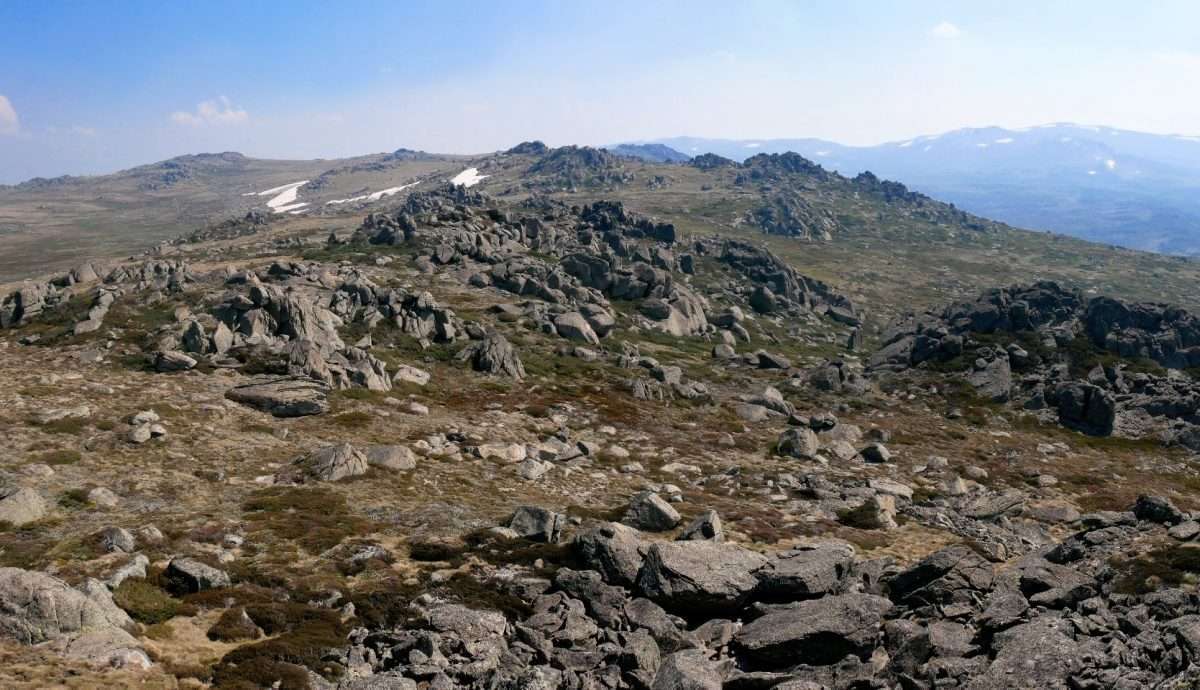 The Mt Stilwell Walk was quite a find for us, as we’d walked other routes from Charlotte Pass before without giving it much attention. It turned out to be a great short walk with views of the Main Range, and over the boulder strewn alpine plateau to the south of the summit. There were numerous wildflowers in summer which added to the appeal. You also get to bag a 2040m peak while you’re at it: bonus 🙂 END_OF_DOCUMENT_TOKEN_TO_BE_REPLACED

The Waterfall Walking Track is a pleasant enough walk through forest to a waterfall and a collection of big boulders in Kosciuszko National Park.

The Waterfall Walking Track is is a pleasant enough walk through a variety of forest types at about 1200m of elevation in Kosciuszko National Park near Jindabynbe. As the name suggests there is a waterfall along the way, but I think the highlight is a collection of giant boulders. Not one of the glitzy alpine walks further up Kosciuszko Road but worthwhile for a change of scene. END_OF_DOCUMENT_TOKEN_TO_BE_REPLACED

Some of Australia’s best scenery on this long and varied walk to Mount Sentinel in Kosciuszko National Park, where there are fabulous views of the dramatic Western Ranges.

Australia’s Kosciuszko National Park is a home to the nation’s highest ground, and its landscapes are uniquely attractive, if not always particularly dramatic. Well, that impression changed after climbing the isolated peak of Mount Sentinel (1900m), which provides excellent views of the so called Western Ranges. Mostly out of reach for the casual day hiker, I hadn’t seen these rugged and sometimes near vertical drop offs before. But the Sentinel happens to stick out in the middle of it all, and hence provides some of the best views on all of the mainland. END_OF_DOCUMENT_TOKEN_TO_BE_REPLACED

With mountains galore, a picturesque coastline, and unique plants and animals, Tasmania offers some of Australia’s best hiking options. 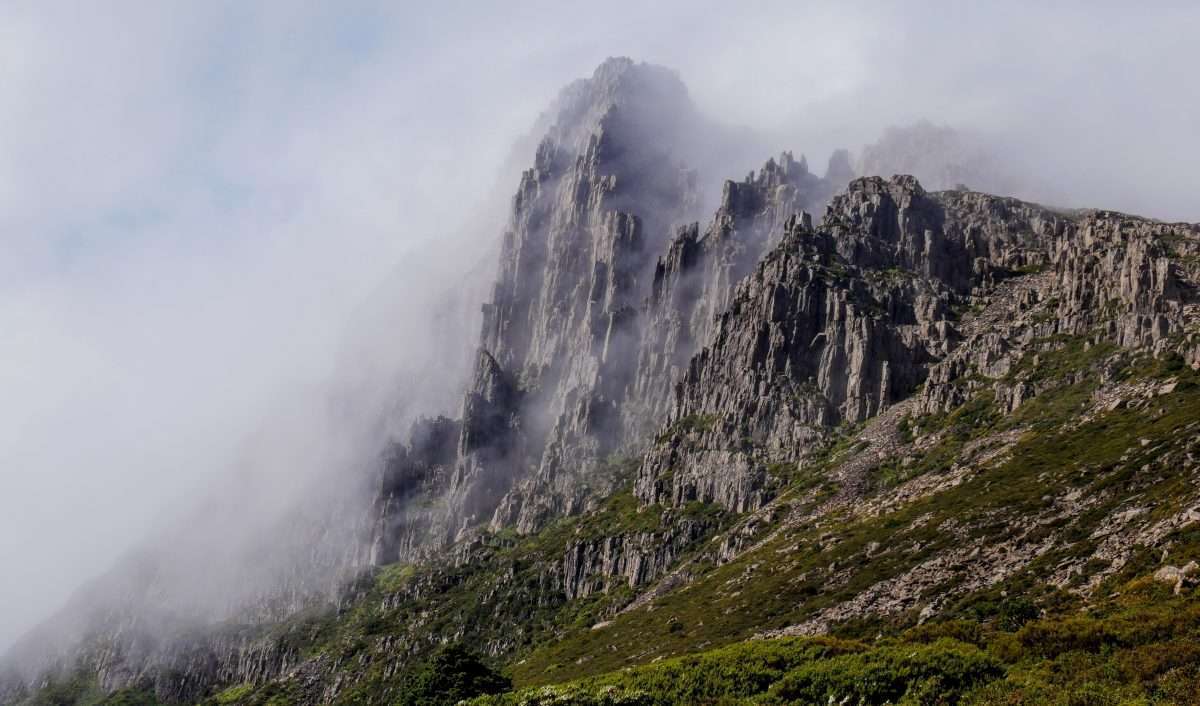 The mountainous island state of Tasmania offers probably Australia’s best hiking. It’s the only place in the country where you can find a high concentration of pointy rugged mountains for a start. There are many plants and animals unique to Tasmania, and this wildlife tends to be more visible than in the south-eastern states of the mainland. The landscape is also unique, with a variety of vegetation from rainforest to alpine heath, many attractive waterfalls, and a lot of rock on offer, including sometimes extensive boulder fields (I’m a particular fan of boulder hopping).

END_OF_DOCUMENT_TOKEN_TO_BE_REPLACED

The spectacular New South Wales Blue Mountains sit on the western edge of the greater Sydney area. They are easily accessible by car or train from the neighbouring metropolis of over 5 million people. More of a plateau, they gradually rise from the Sydney basin to over 1100m of elevation. The area’s largest town of Katoomba is perched high up at 1017m.

These upper sections are justifiably famous for their deep cut valleys lined by sandstone cliffs, as well as lush forests, impressive waterfalls and windswept heathlands. Thankfully this dramatic and rugged scenery has remained largely unaffected by urban or agricultural development. And since 1959 it has been protected in the World Heritage-listed Blue Mountains National Park.

END_OF_DOCUMENT_TOKEN_TO_BE_REPLACED

The Grand High Tops Circuit with an added side trip to Bluff Mountain (1200m) is arguably the best walk in the Warrumbungles, especially for views. From Grand High Tops there are classic views of the pleasingly named rock formation, The Breadknife, which is a tall, thin and sheer slice of rock that you pass on the way up. There are also great views of nearby Crater Bluff, and of Belougery Spire, both prominent and striking hunks of rock. END_OF_DOCUMENT_TOKEN_TO_BE_REPLACED