In my days of only doing day-walks I had often looked enviously at pictures of Lake Angelus (at 1650m), in Nelson Lakes National Park, thinking it was too far for a day-trip. It turns out you can do it in a day, even in winter, (we saw a few trail runners doing just that). But for time to soak in the views there are few better overnighters than the Robert Ridge Route to Angelus Hut.

The route first climbs Mt Robert (1421m) on the Pinchgut Track, where there are good views of Lake Rotoiti and west over plains to Mt Owen. (If you wanted a short day walk you could then return via Paddy’s Track to make a circuit). From there it’s along the increasingly rugged Robert Ridge, peaking at 1788m, before dropping to the shores of Lake Angelus at 1650m. The views start good and just keep getting better: a real classic.

After my wife booked the hut I watched the weather forecast with some dismay. It first signalled rain for days beforehand and days afterwards. But a few days out a minor miracle happened – a one day weather window opened up for our outward leg. So I can present you with some very sunny pictures of this fabulous walk, with only a spot of glare to ruin my shots of Lake Rotoiti early on. Track notes at the end. 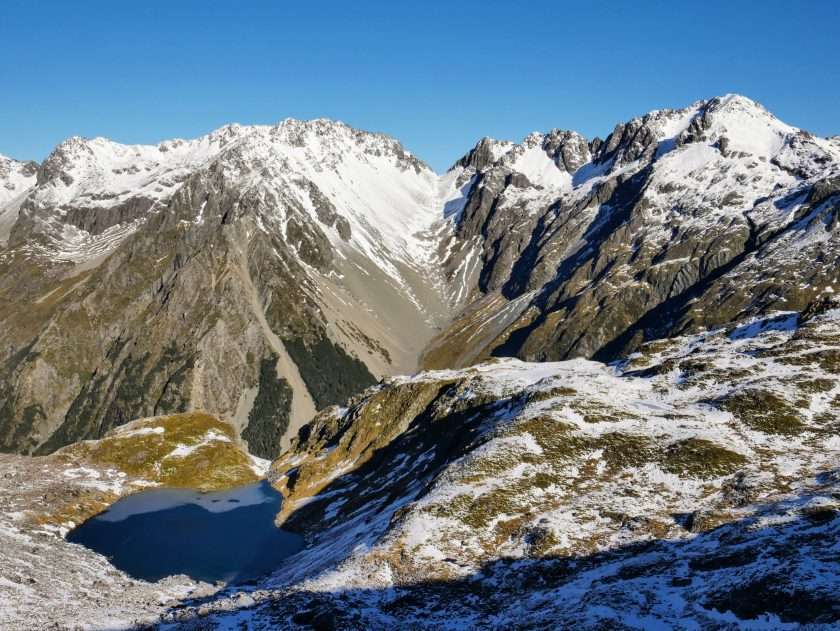 These shots from the next day… 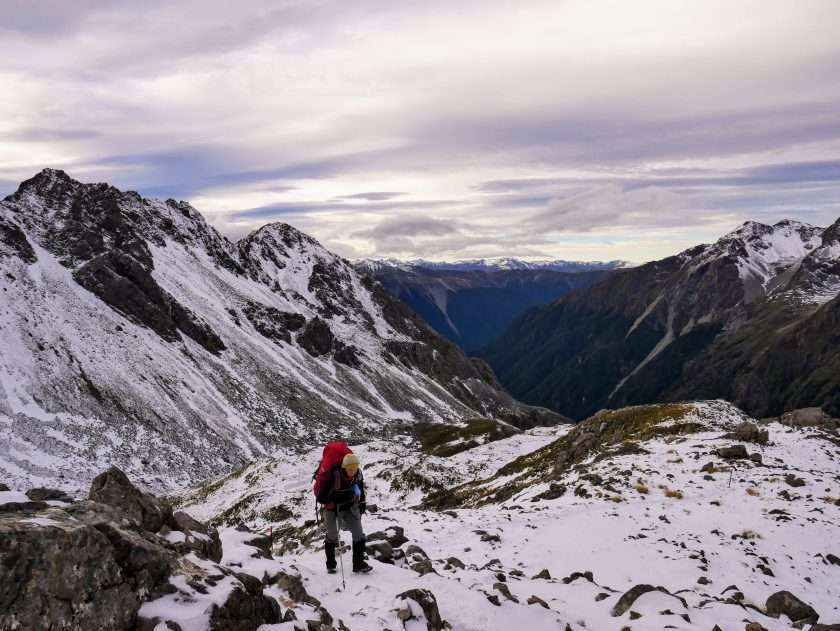 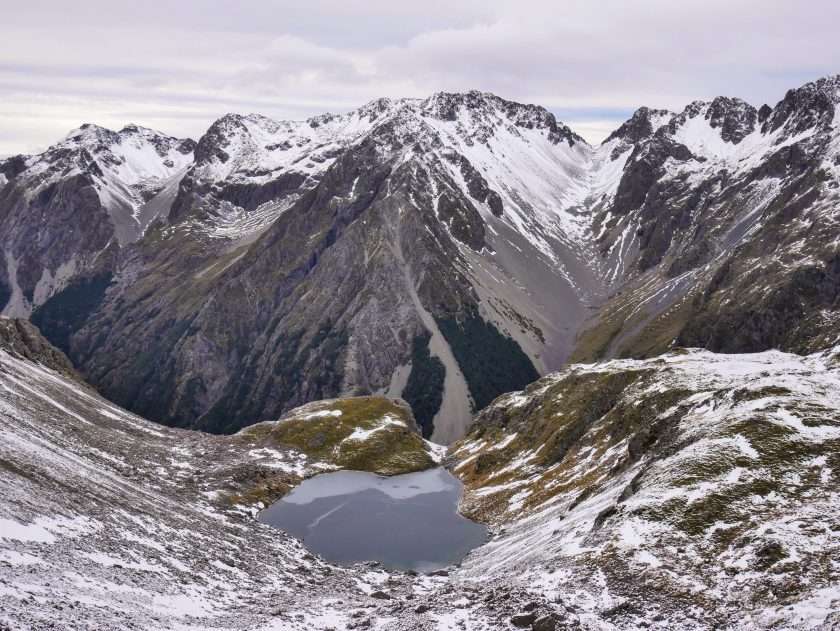 It’s a pretty obvious marked route the whole way. At first a constructed track to near the summit of Mt Robert, then a poled route / impact track to the hut and beyond. The route gets more challenging after roughly Flagtop (1690m), certainly after Julius Summit (1794m). It requires some careful footing and occasional scrambling, especially in winter with snow/ice. You might also need ice axe and crampons in winter. It took us about 6.5 hours to the lake with some snow and ice, and about 5.5 hours back along the same route.

In bad weather conditions DOC recommend the Speargrass Track and Speargrass Creek Route. These minimise exposure to the elements and avoid visibility problems. You’d miss a lot of views doing it like this though, but I suppose if visibility is bad then it wouldn’t matter. Note there are a number of creek crossings required on this route. Other trampers reported water up to their knees (after some rain).

There’s plenty more info on these routes on the DOC website.