Superb alpine scenery in all directions on this lesser known walk up Mt Aicken (1863m) in Arthur’s Pass National Park.

On our first visit to Arthur’s Pass National Park we climbed the popular Avalanche Peak. On this walk there were great views across the valley, and I was particularly enamoured by a smaller valley that bent around out of sight behind some mountains. (This valley contains Devils Punchbowl Creek, and the impressive waterfall of the same name is easily visited). I noticed that a route up Mt Aicken would provide views of this valley, and after a little research we decided to return a few days later to climb it. The views were fabulous, at least as good as Avalanche Peak but with much fewer people. And it felt a bit more adventurous being mostly off track and unmarked.

The route is fairly rugged, but we came across two walkers visiting a nearby peak who brought their baby with them! So I think if they can do it then so can you! Track notes at the end. 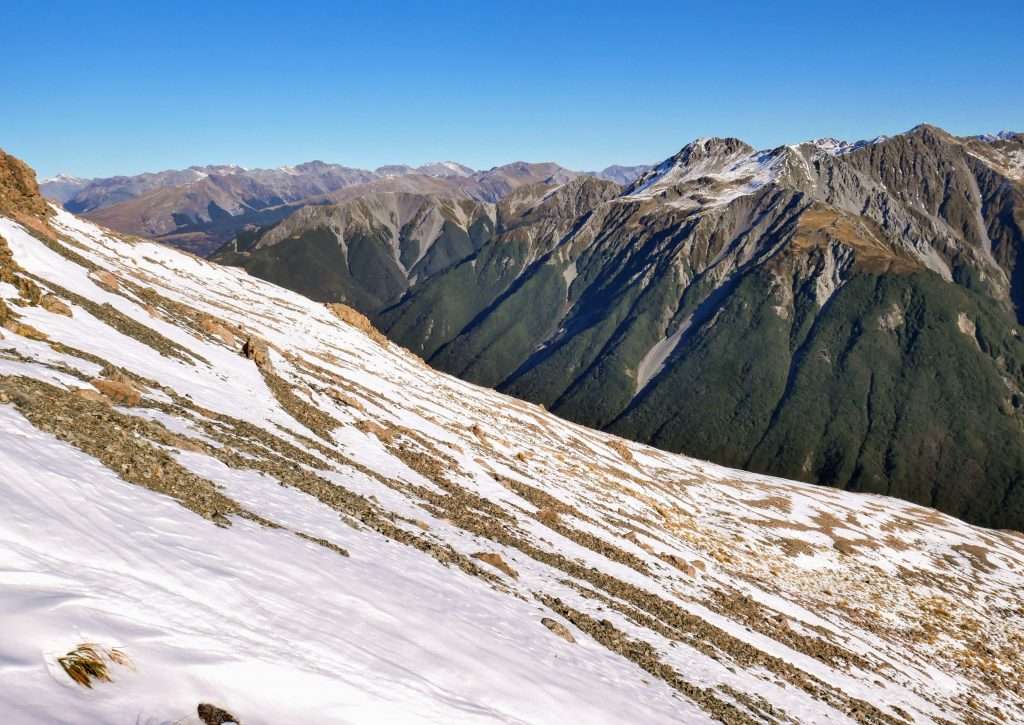 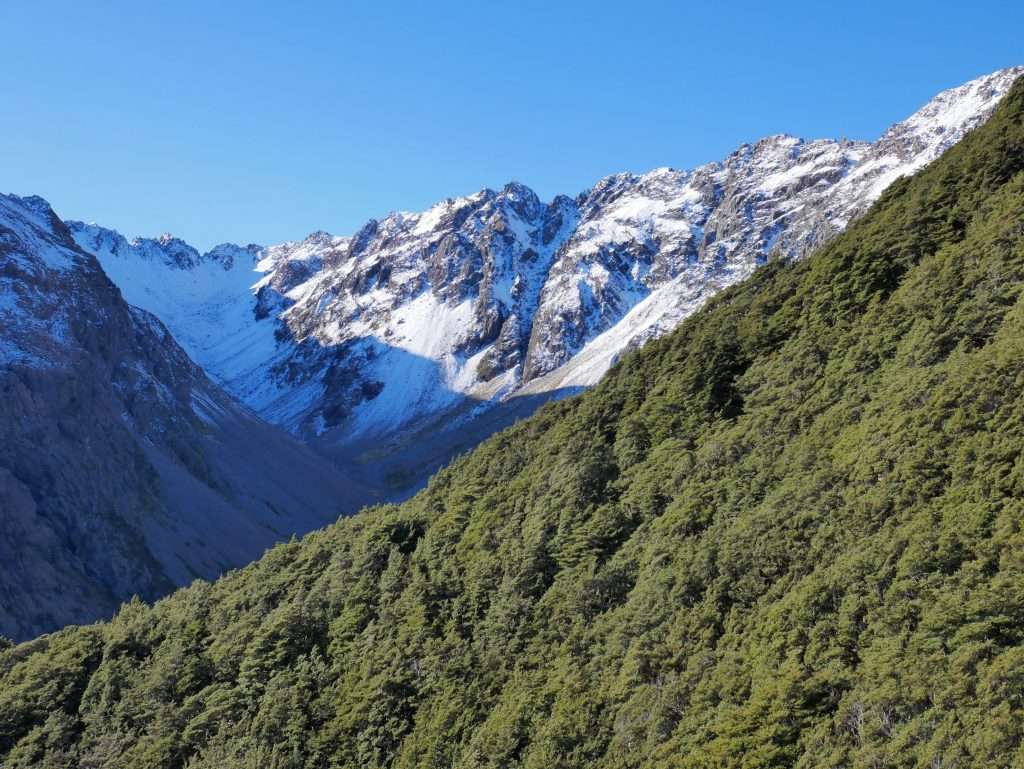 We used track notes on the Arthur’s Pass website. There is some navigation required above the bushline, but so long as you don’t stray far from the edge of the valley containing Devils Punchbowl Creek, then you should be fine.

The walk starts at the high point of the Devils Punchbowl Walking Track (which goes to the falls) and then climbs steeply through attractive beech forest. There are sparse markings for a while until you reach a somewhat narrow and rocky ridge. This might be tricky in high winds or ice, but was mostly straightforward for us, although there is a little exposure. (We actually came across one other walker who had turned back at this point, not confident to take on the ridge, so it might not be for everybody). This ridge leads to a minor peak at 1844m, and from there it’s an easy walk up t0 the high point of the mountain at 1863m.

The named peak is actually nearby, but I didn’t bother to work out which one it was, as I was too busy taking pictures of the really excellent views. (The named peak is seldom climbed apparently, because the ridge to get there is quite difficult).