Good variety on this walk along the Dry Acheron Stream, then up steeply to the summit of Big Ben (1416m), with views of various hills & tall peaks, both near & far.

We first walked the Dry Acheron Track intending to climb Big Ben (1416m), but on that day there was low cloud and we turned back. A few weeks later after snowfall we thought we’d return and finish the job. Snow and clear blue skies added some variety to the grey skies of our first visit, and intense NW winds some adventure when on the upper reaches of the mountain. There’s great views from the slopes of Big Ben, including a jumble of topography towards Lake Coleridge, and a rather striking Mount Hutt Range popping out of the Canterbury Plains.

Track notes at the end, and you can also read my original post on the Dry Acheron Track. 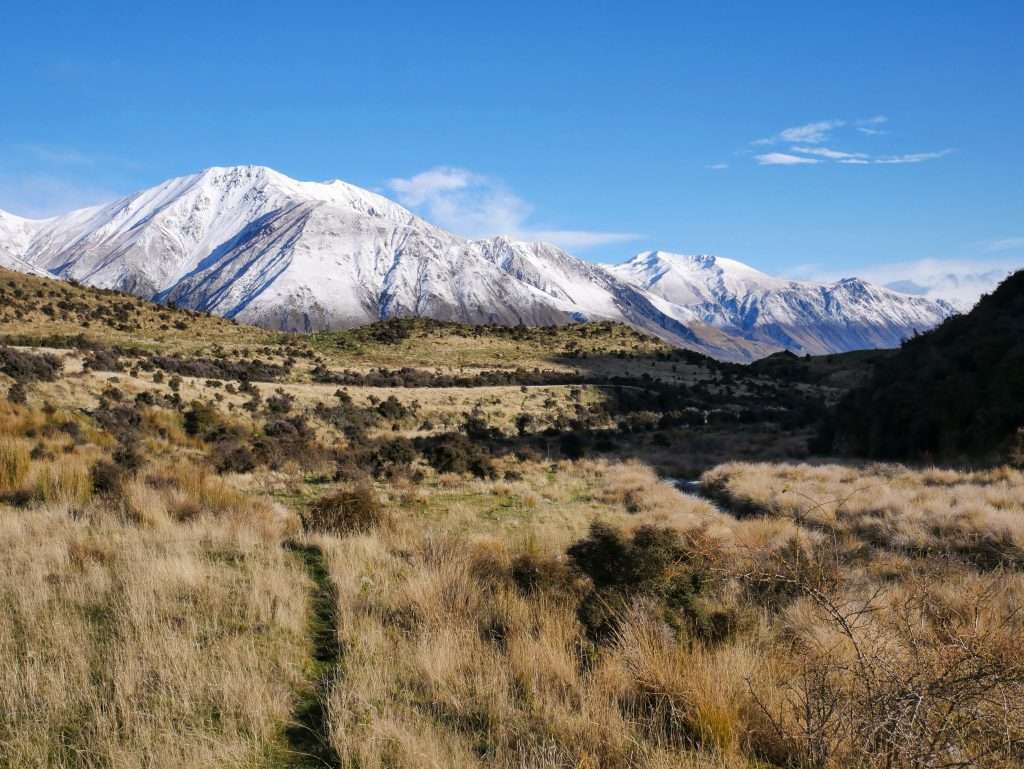 Here’s a video of the wild winds we encountered on the summit. Pretty funny actually…

You can get more information about the Dry Acheron Track on the DOC website, and of course in my original blog post. There is a small car park at the start, and you walk for a while next to pine trees through farmland to meet the stream. There are multiple crossings of the stream so plan for potentially wet feet depending on the depth. (Although we managed to keep our feet dry both times.)

We had just bought hiking poles the day before, and used them for the first time on this walk. They ended up being very useful, at first for multiple crossings of the Dry Acheron Stream, which was deeper than on our first visit. Then we used them for the often very steep and on this day quite snowy ascent of Big Ben. It is actually quite a long walk: about 1000m ascent and descent over ~15km, so set off early in winter otherwise you’ll end in darkness like we did!