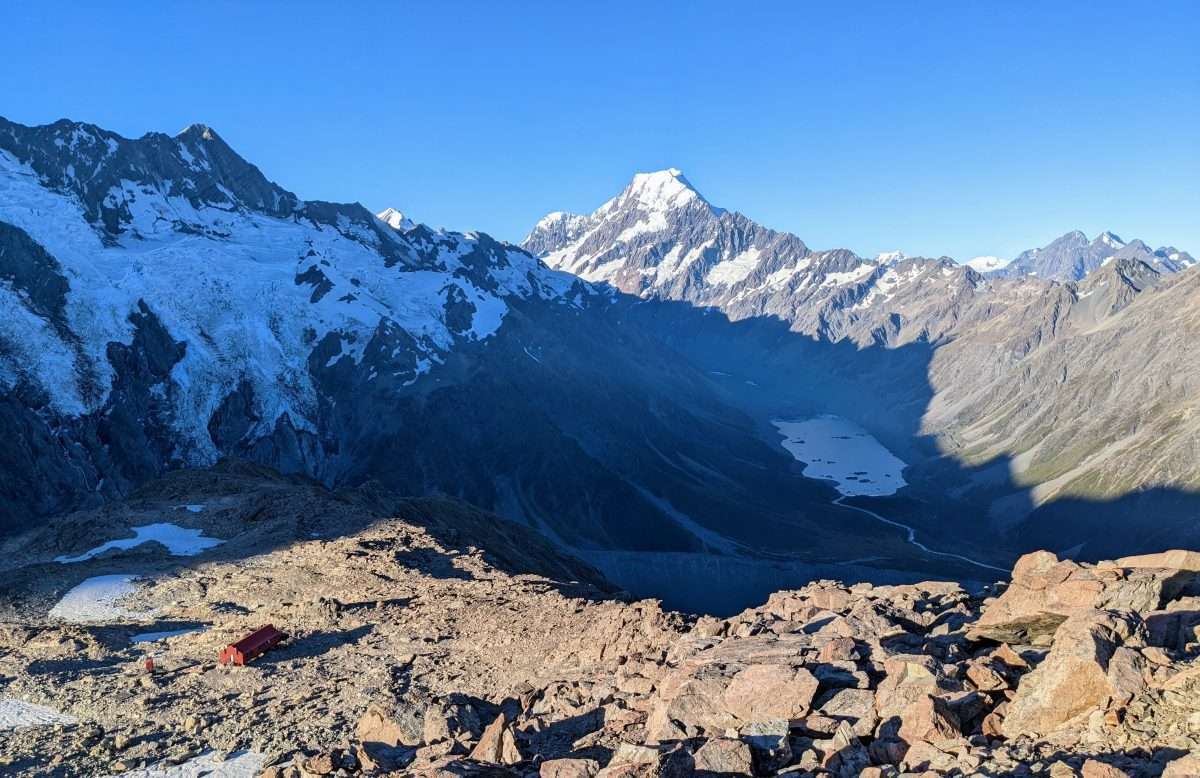 A really spectacular (and steep) alpine walk in Aoraki Mt Cook National Park to three possible end points. First are the attractive Sealy Tarns at 1300m, which make for a moderate day walk. Then for the energetic, or those equipped for an overnight stay, continue on up the hill to Mueller Hut, and on for 500-600m to the summit of Mt Olivier (1933m). There are views of Mt Sefton (3151m), NZ’s highest peak Aoraki Mt Cook (3724m), various glaciers and glacier lakes, and the Hooker River Valley 1000m below. Highly recommended.

The climbing is steep but if you like that kind of thing then the only problem will be the long stream of slow walkers during peak periods. Sealy Tarns is a good turnaround point for those with just moderate fitness, but if you can make it then I strongly recommend you keep going for views over the other side of the Sealy Range. I’ve only been as far as about 1740m, but Sophia had the opportunity to stay at Mueller Hut in excellent weather, so I’ve now added those photos to extend this post.  Track notes at the end.

The first photos were from 2015 when we did a day walk to the ridge above Sealy Tarns for views of the Mueller Glacier. My photography was fairly mediocre, but the area is so beautiful and dramatic that it still looks good. After that are pics taken by my wife Sophia from 2022. 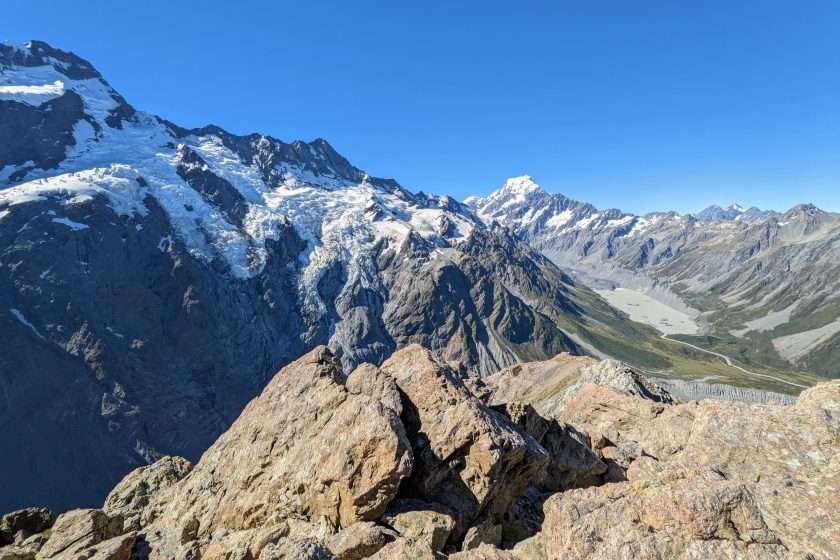 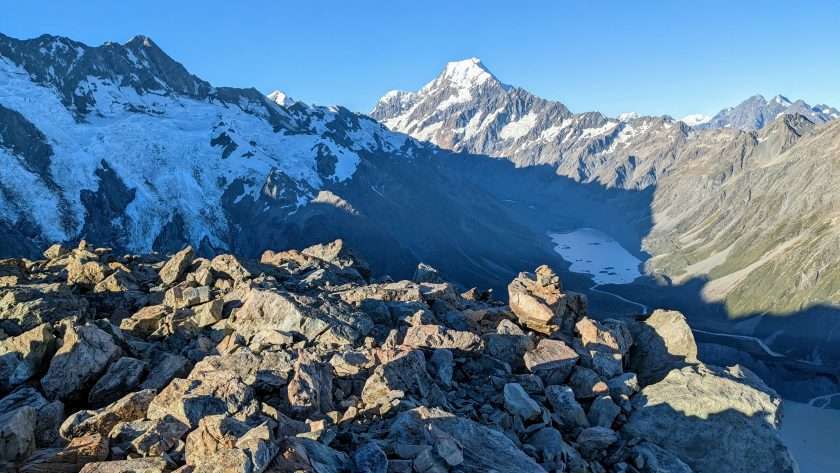 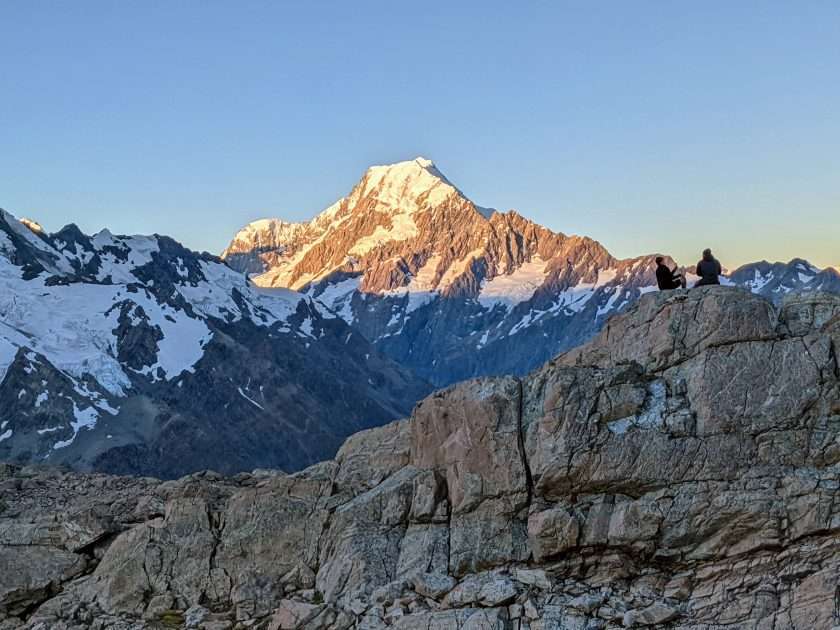 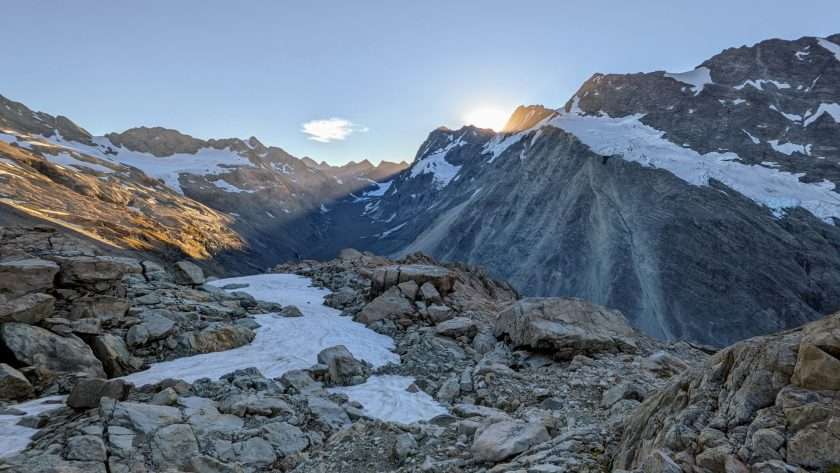 Photos from the following morning… 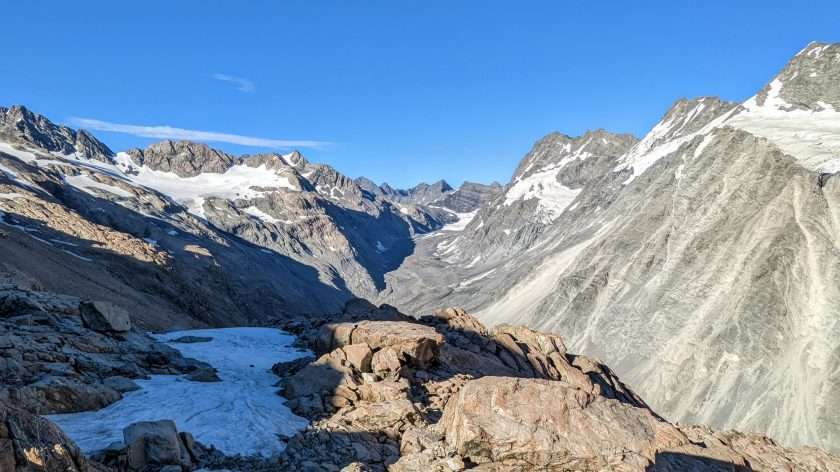 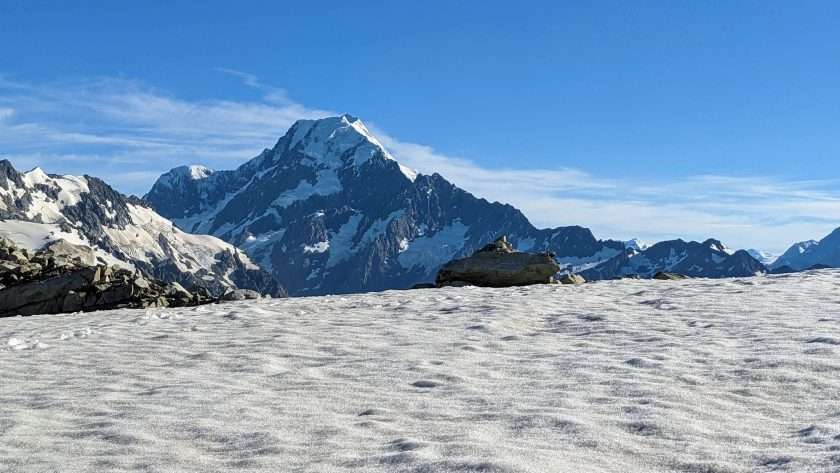 The track to Sealy Tarns is constructed with steps (2200 of them apparently). After that I seem to remember that the route was marked by poles, but not hard to navigate anyway. From the hut it’s off track to Mt Olivier.

The Sealy Tarns Track branches off the Kea Point Track, which starts either near the Aoraki Mt Cook Visitor Centre, or for a shorter version, the White Horse Hill Campground (in the map below). That is also the start of the excellent and easier going Hooker Valley Track.