Spectacular scenery all the way as you climb Tasmania’s iconic Cradle Mountain (1545m), and return via the Face Track and Twisted Lakes. 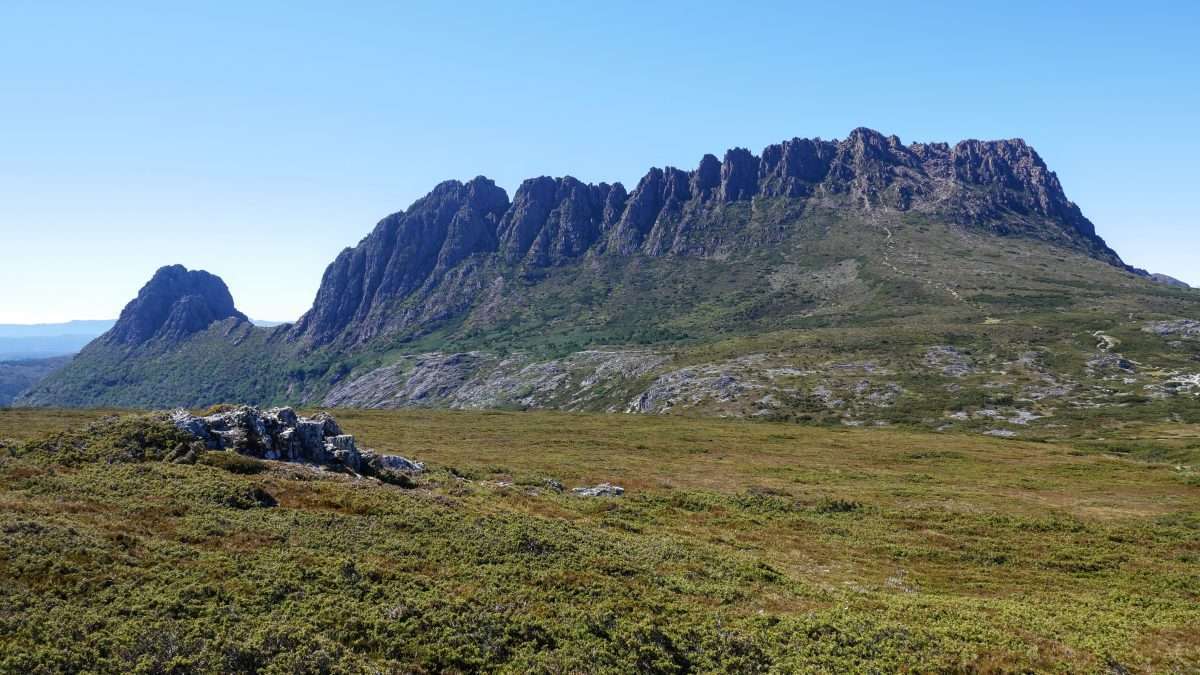 Climbing Cradle Mountain (1545m) is one of the best day walks in Australia, and making a circuit of it by returning along the Face Track and by the Twisted Lakes maximises your scenery. There are excellent views pretty much the whole way, including views of the mountain from various angles, of numerous lakes, and there are extensive views from the rocky summit over the northern end of Cradle Mountain-Lake St Clair National Park.

One potential downside is the unpredictable weather, but on both occasions I’ve done this walk there have been cloudless skies, which is rather unusual in one of Tasmania’s wettest regions. We had more authentic weather a few days earlier climbing Barn Bluff, but that was fun too. The walk is justifiably popular, but not so much as to ruin the experience. The crowds really thinned as well once we set off on the return portion of the walk along the Face Track. Track notes at the end. 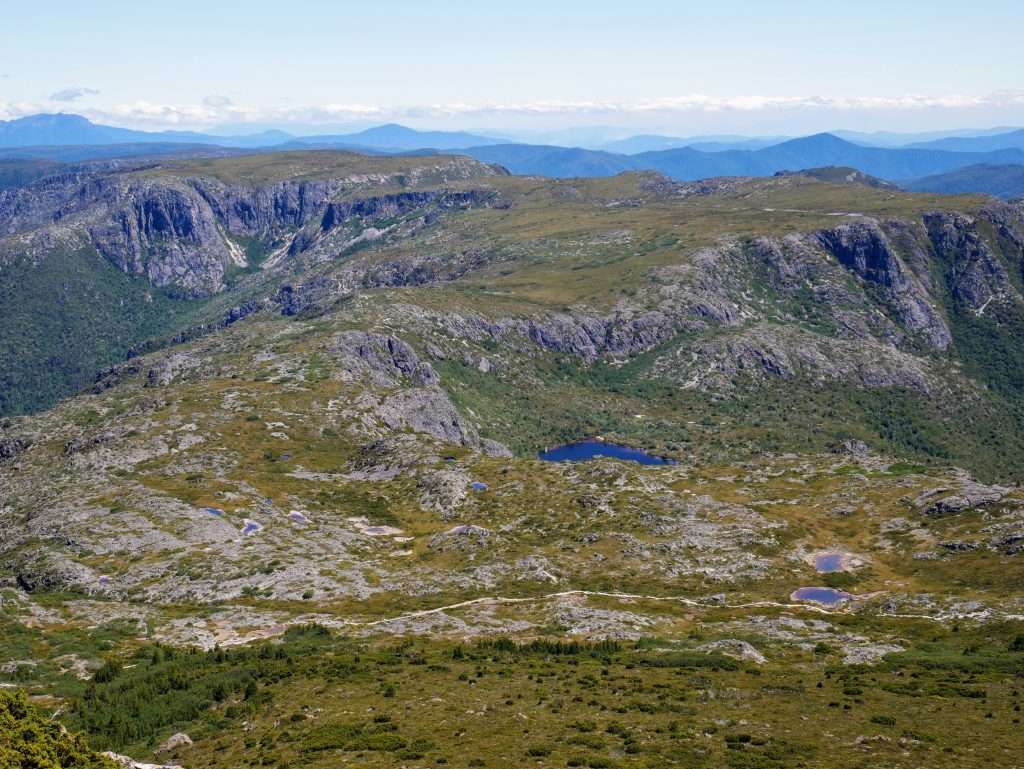 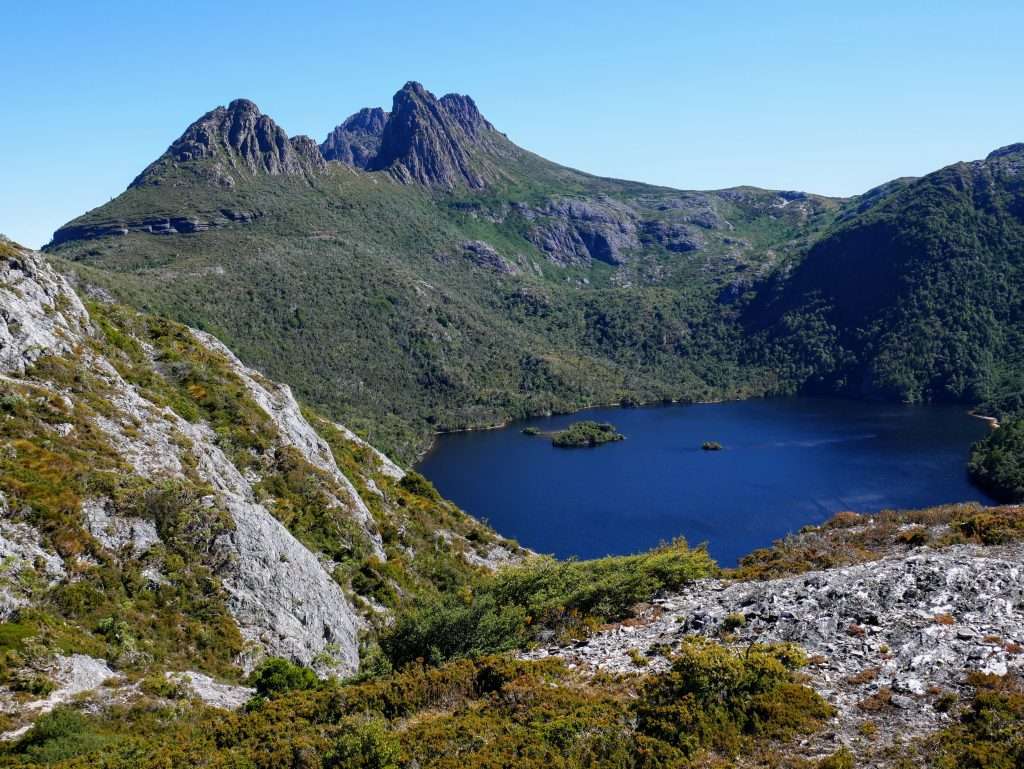 All of the major tracks in the area are obvious and well marked, and you can pick up a map from the visitor centre, which is where you park your car and catch a frequent shuttle bus to Dove Lake. Doing a clockwise circuit will take you past Lake Lilla, Wombat Pool (or Wombat Poo as the signs often say), Marions Lookout, and then up to the summit through large boulders. Return back down and turn right at the junction to take the Face Track, and right again later to go past the picturesque Twisted Lakes and Lake Hanson, or else you can take a short cut over Hansons Peak (steeper descent). You can see some of these landmarks on the Google Map below. And there’s various information available on the Tasmanian Parks and Wildlife Service website.