These two very short walks exceeded expectations, offering impressive coastal scenery, views of a big lump of lava called Sanbangsan, a visit to Sanbangsa Temple at the foot of the mountain, then up to a cave with views of the coast. 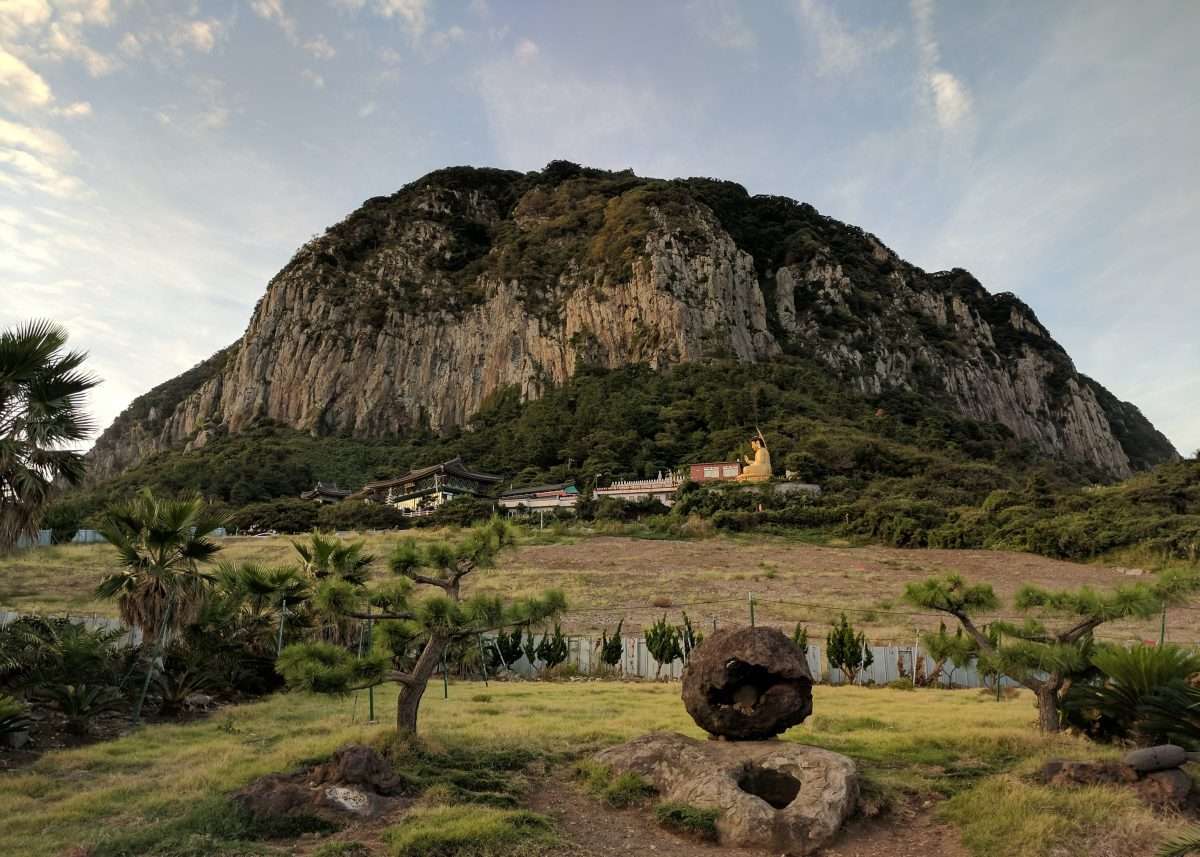 There were two walks just a short stroll away from where we stayed on Jeju Island when holidaying there in 2017, so we paid the combined entrance fee to the short coastal walk and nearby temple/cave walk, perhaps not expecting all that much, but they turned out to be very much worth it. The rocks and cliffs of the Yeongmori Coast section made for great coastal scenery, and the Buddhist temple Sanbangsa is situated in an impressive spot below sheer cliffs on the 395m mountain Sanbangsan, with a cave and views a short but steep walk further up the mountain.

I believe it’s not possible (or encouraged) to climb the mountain, but the views of Sanbangsan are spectacular enough without needing to climb it.  You won’t need track notes, but here’s a map for the start of the Yeongmori Coast Walk, where from memory there’s a booth at which you can buy entrance tickets for the walks and temple admission:

And I remember there being another near the Hamel Ship Exhibition Centre: 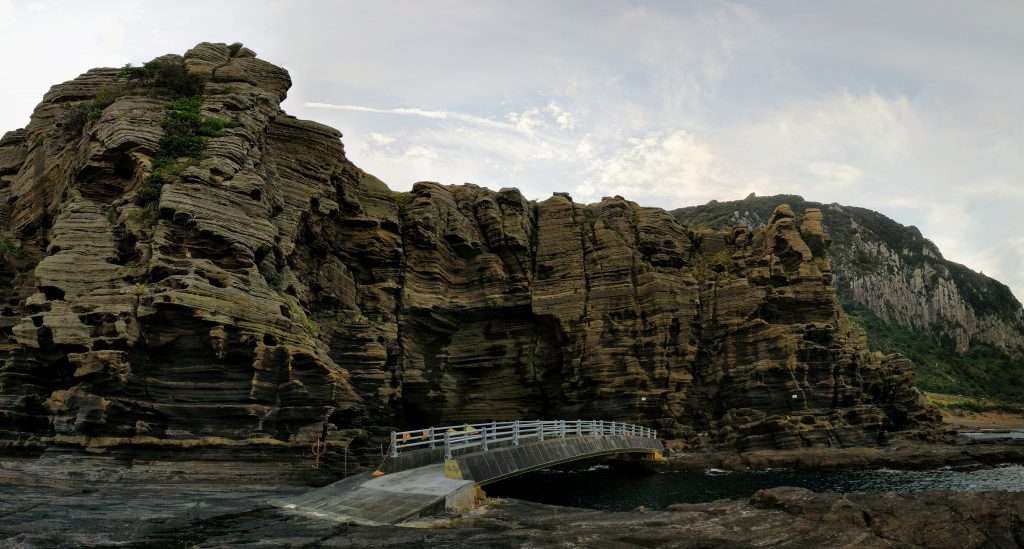 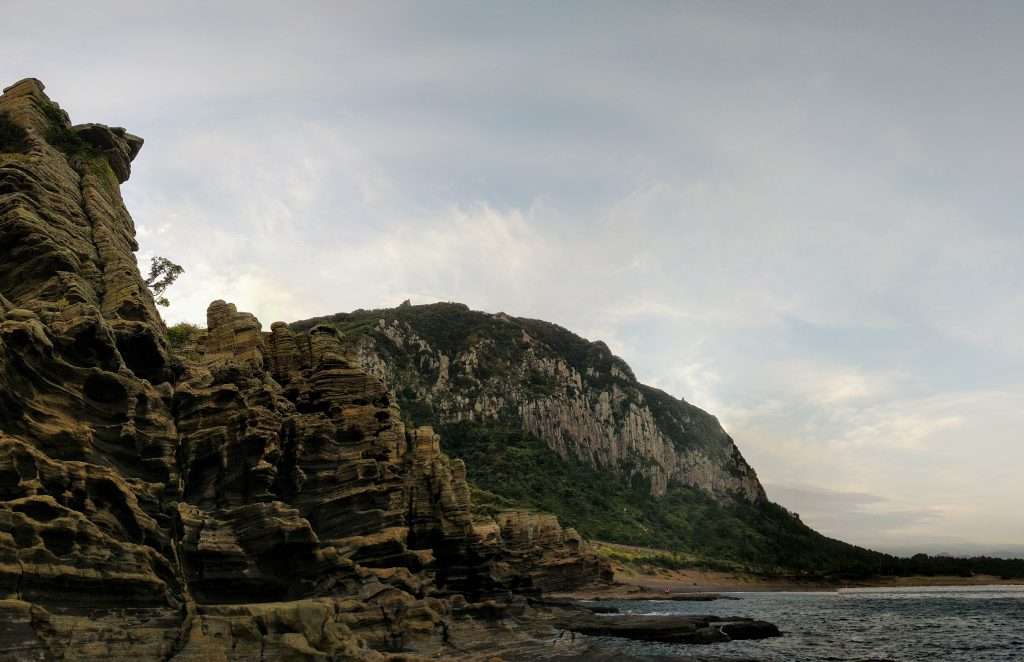 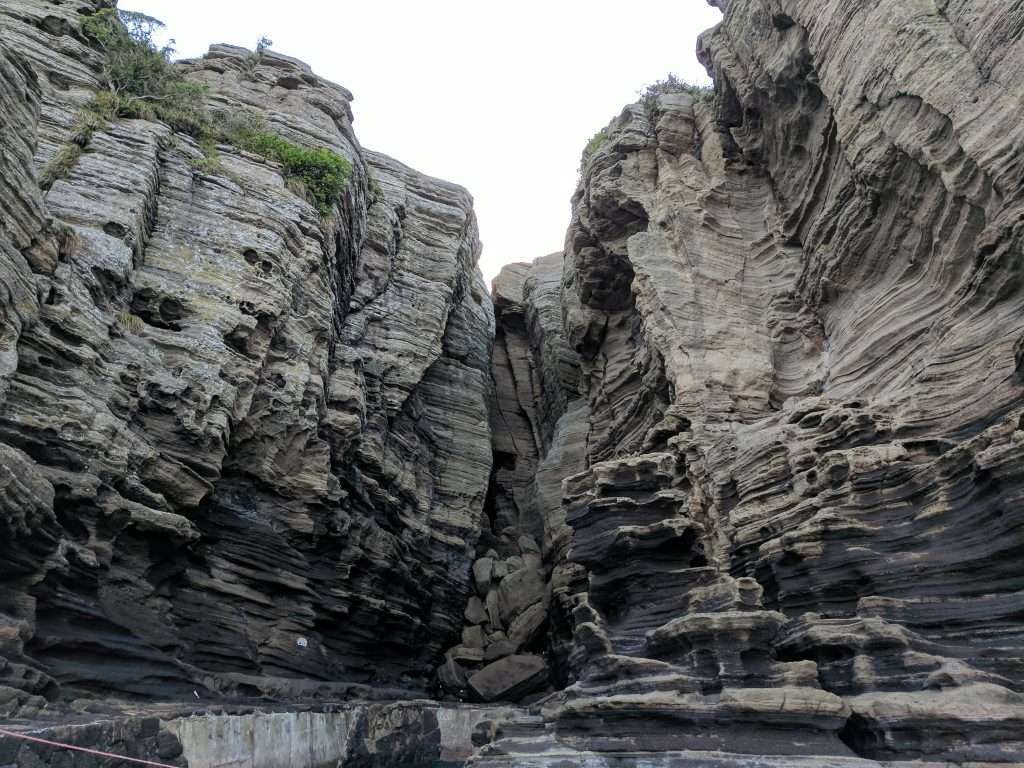 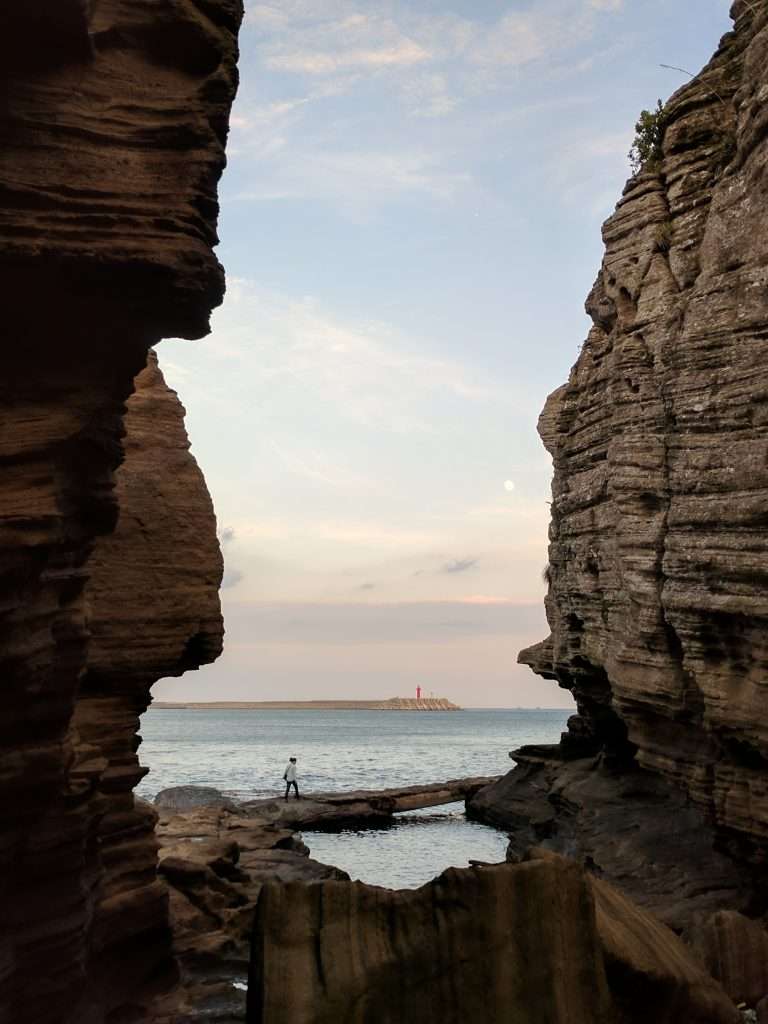 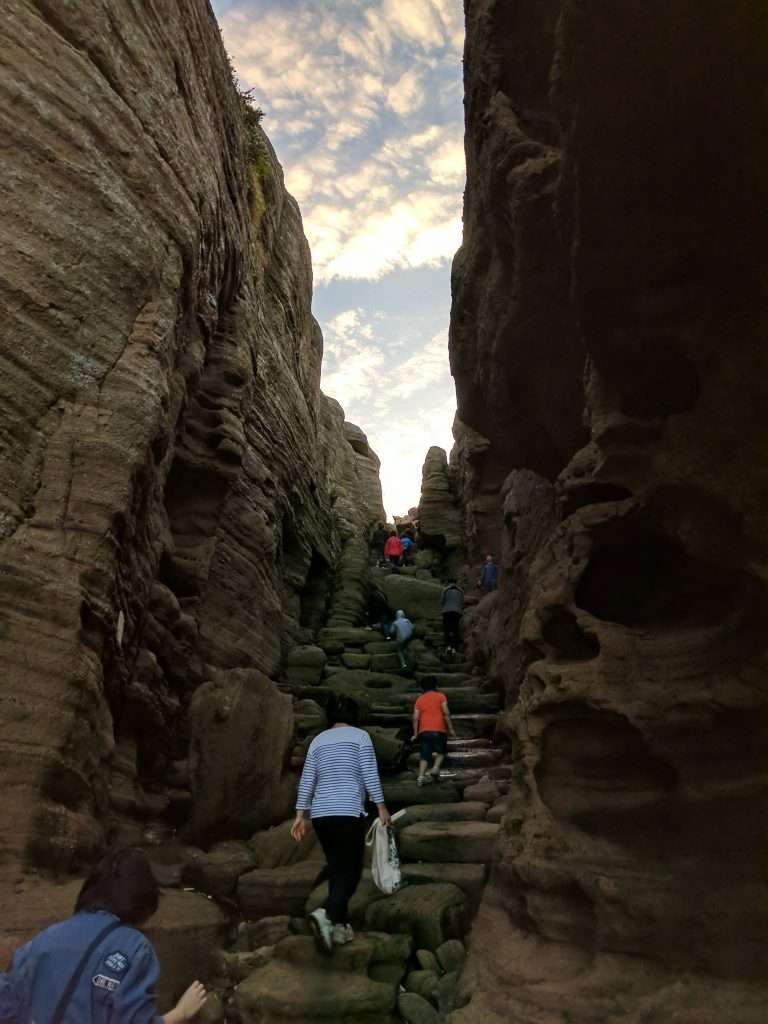 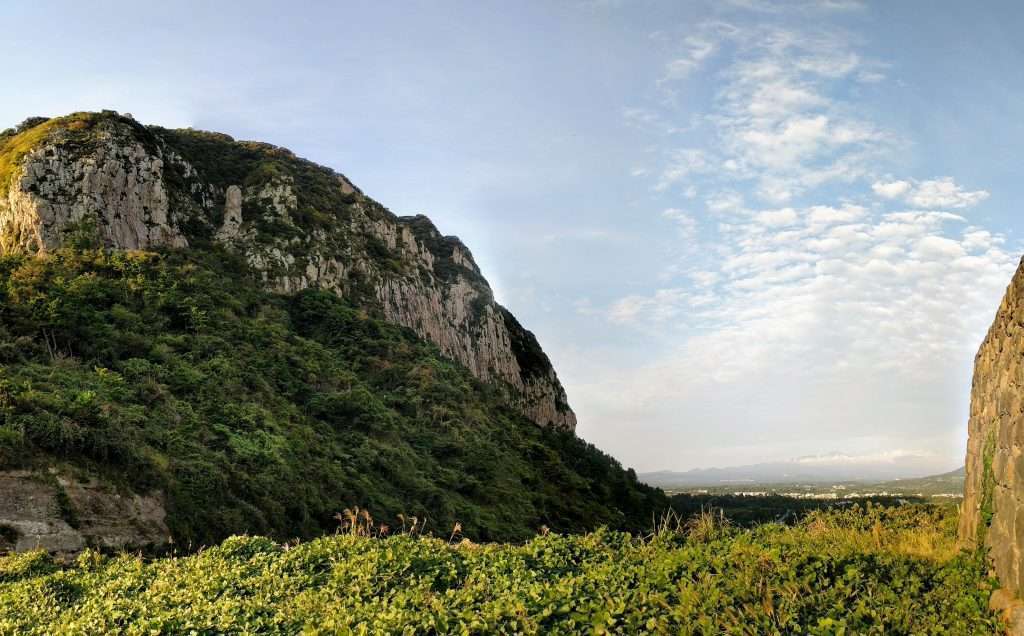