There are sections to the west of the Castle that can take time, climbing over tree routes and big boulders. It’s also possible to lose the track a bit but you won’t get seriously lost (I hope!) The hardest section is finding the way up onto the Castle – one wrong turn takes you to a more challenging rock climb using ropes. I’ve never been there (only read about it) but the easier route is possible to climb up without ropes, but there were a couple of fixed ropes in place which definitely made it easier. You can see some of these sections in my photos. Note you are advised not to use the ropes without someone checking their condition first, but like most people you might like to live on the edge a bit 😉 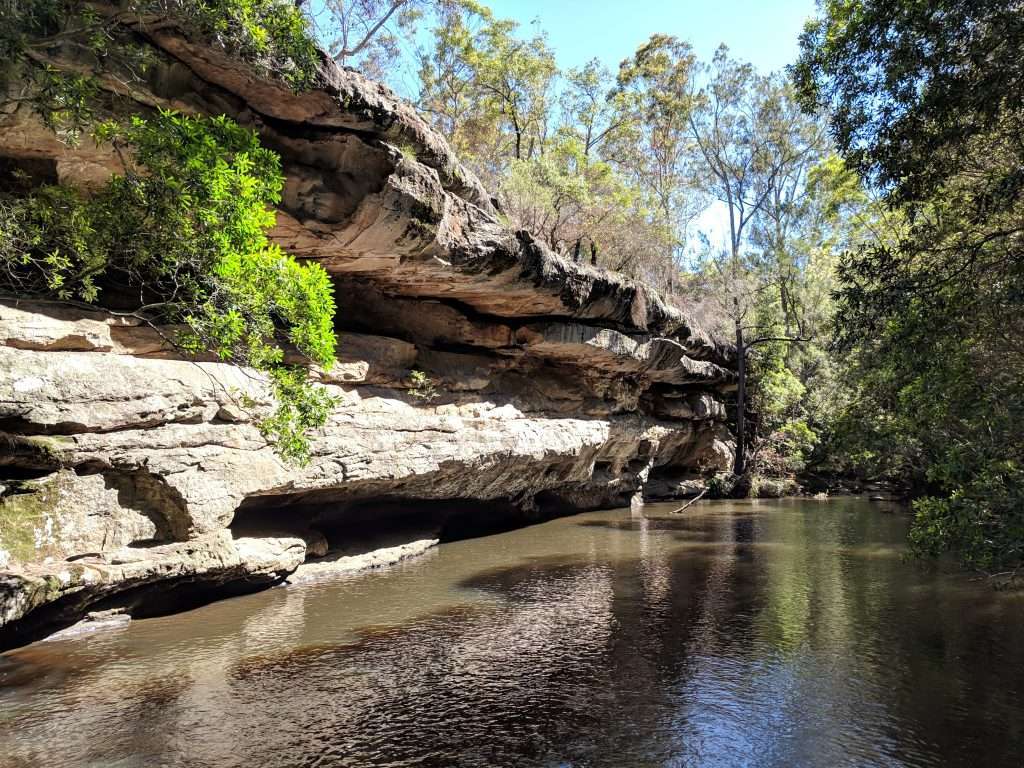 This circuit walk in Bomaderry Creek Regional Park was very nice, and the third walk in a single long weekend that exceeded expectations. There are lots of rocky overhangs, small cliffs, a variety of vegetation, including re-growth after fire when we did it, and of course the creek itself, which was picturesque in places. END_OF_DOCUMENT_TOKEN_TO_BE_REPLACED 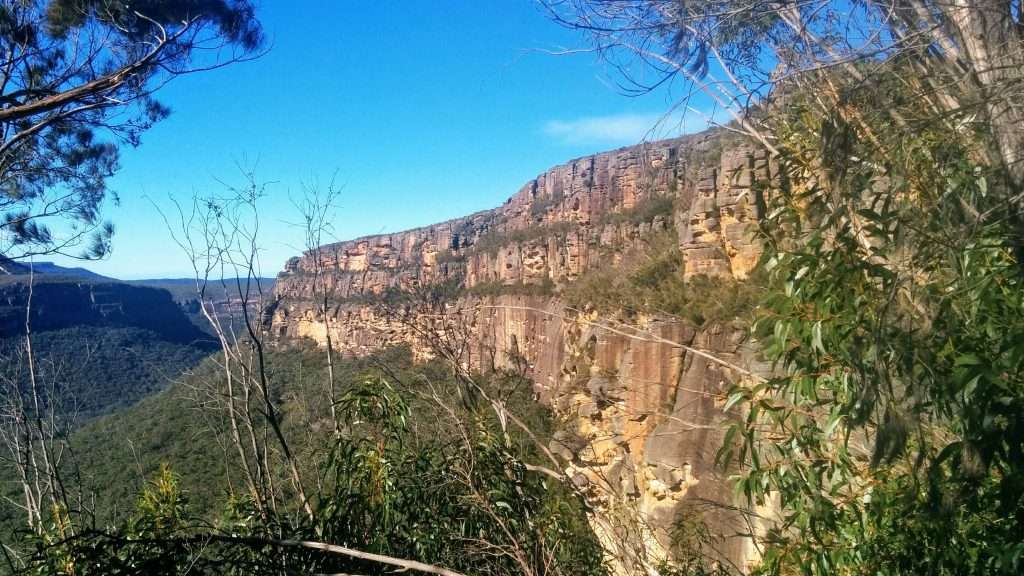 The Budawangs Range in Morton National Park offers some of the NSW’s best hiking, and Byangee Walls is one of the classic day walks. There are spectacular sections as you walk along the base of the walls, and also under the most significant landmark in the area, the Castle. (Climbing the Castle is an even more spectacular walk, partially because of the views of Byangee Mountain itself, which is very attractive from above).  The views from the top are extensive, and include nearby Pigeon House Mountain, the Clyde Valley, and looking up at the 840m high Castle.  END_OF_DOCUMENT_TOKEN_TO_BE_REPLACED 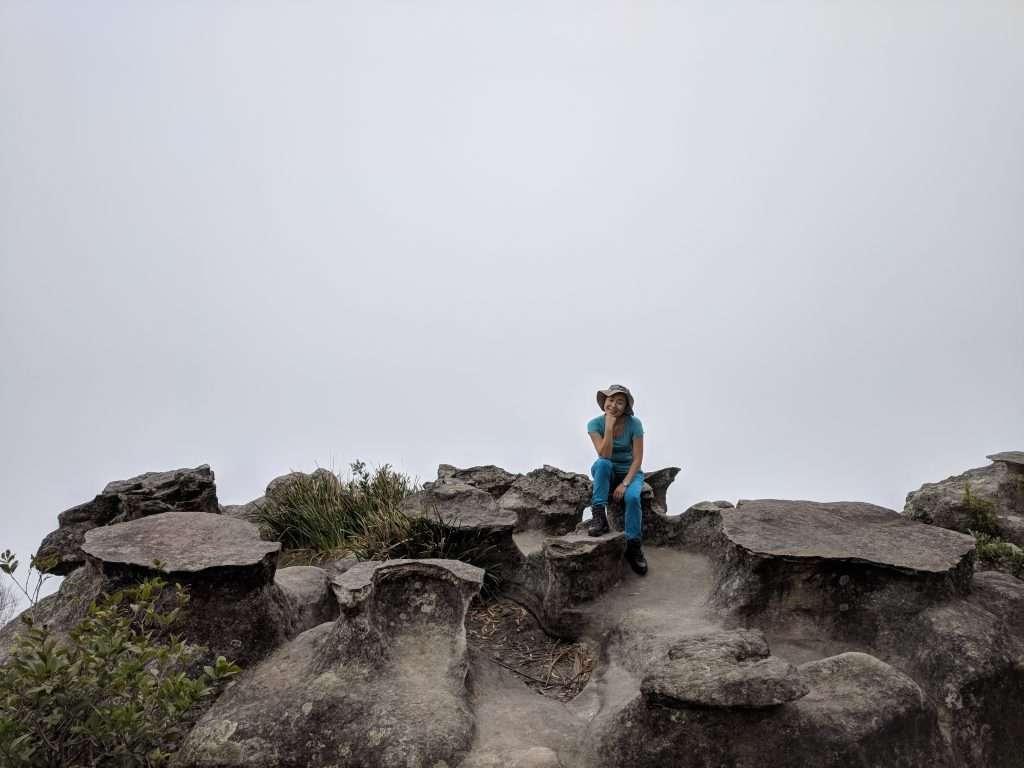 Drawing Room Rocks are furniture shaped rock formations 600m up on the escarpment west of Berry on the NSW South Coast. The approximately 30 minute walk to the top is worth it for extensive views to the coast, only when we did it an odd sea mist closed in just as we ascended, so at the top we could see nothing. But it made for atmospheric walking nevertheless. A good option for stretching your legs on a drive further down the South Coast. END_OF_DOCUMENT_TOKEN_TO_BE_REPLACED 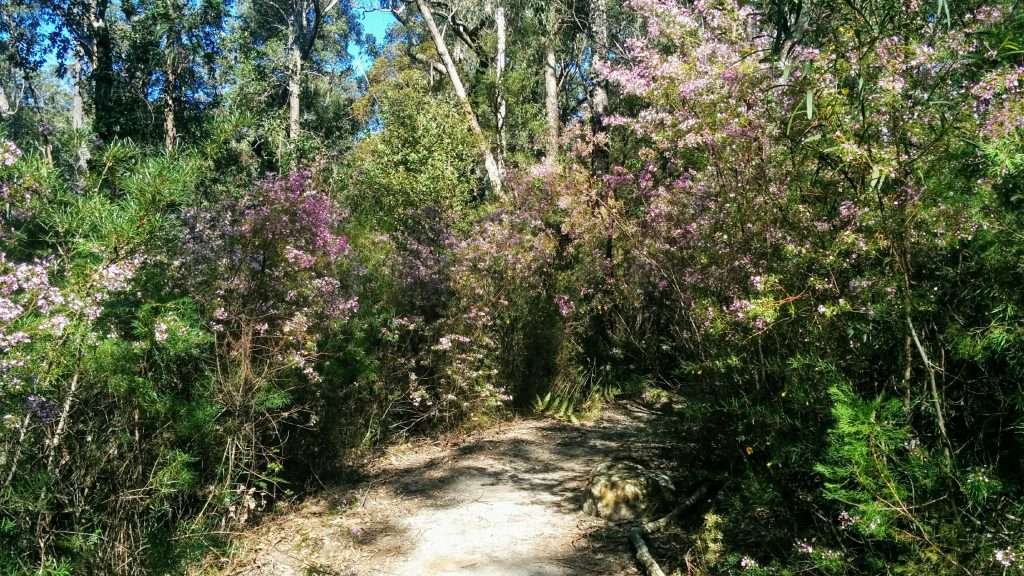 This short and easy walk in Morton National Park, inland from Sussex Inlet on the NSW South Coast, ends at a rather unique copper coloured waterfall called Granite Falls. There wasn’t much water falling on the day we went, but it’s the rock colours that make it interesting. If you are driving down or up the coast then it’s worth making the side trip and stretching your legs to check this out. There were also wildflowers in abundance when we visited in mid spring. END_OF_DOCUMENT_TOKEN_TO_BE_REPLACED 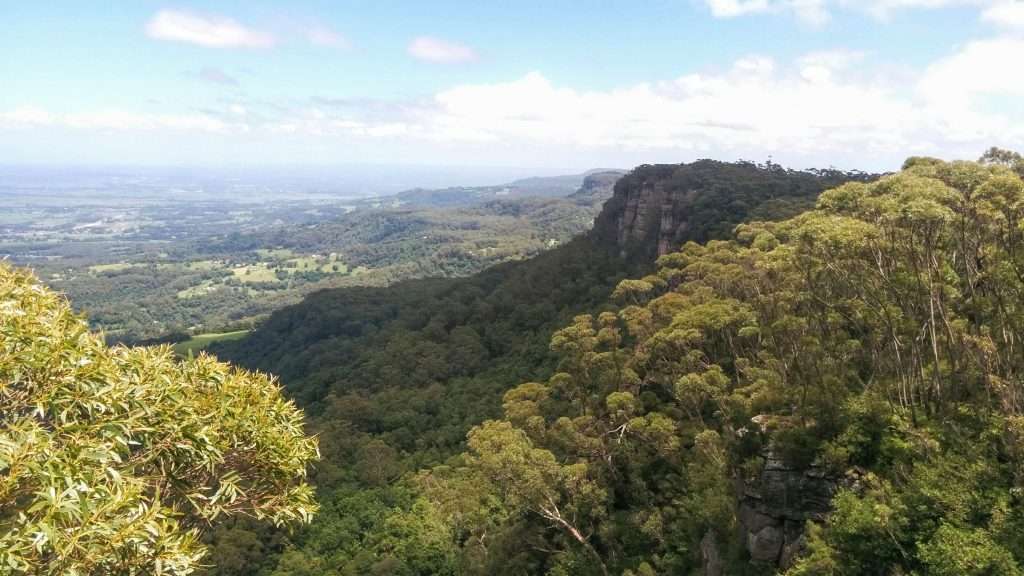 Barren Grounds Nature Reserve is situated at the southern end of the Illawarra Escarpment, inland from Kiama. There’s a few easy to moderate walking options that we’d done in the past (based on the Griffiths Track loop), but the route depicted here is a longish (19km) walk along the Kangaroo Ridge Trail, which continues to the edge of the escarpment for views over the NSW South Coast. The area is notable for its bird life, and contains a combination of heath and forest vegetation. END_OF_DOCUMENT_TOKEN_TO_BE_REPLACED