Really excellent views over the braided Rakaia River and countless mountains on this big ascent up Steepface Hill (1876m) in Hakatere Conservation Park.

Since moving to Canterbury (NZ) in Autumn 2020 I’d had my eyes on Mt Hutt (2185m), the high point of a prominent mountain range bordering the Rakaia River. This would be a big walk with limited winter daylight hours, so a good plan B was to first climb a peak at the northern end of this range, Steepface Hill (1876m): a 1500m vertical climb over just four kilometres, and the only ridge on the route up is mostly flat. It’s all in the name! It’s not all about the steepness though, because the views of the Rakaia River and countless surrounding peaks were just fabulous. Also very cool was Terrible Gully at the start, a rather jagged waterway cut out of the hillside.

Definitely worth the effort if you don’t mind a very steep climb off-track. Track notes at the end. 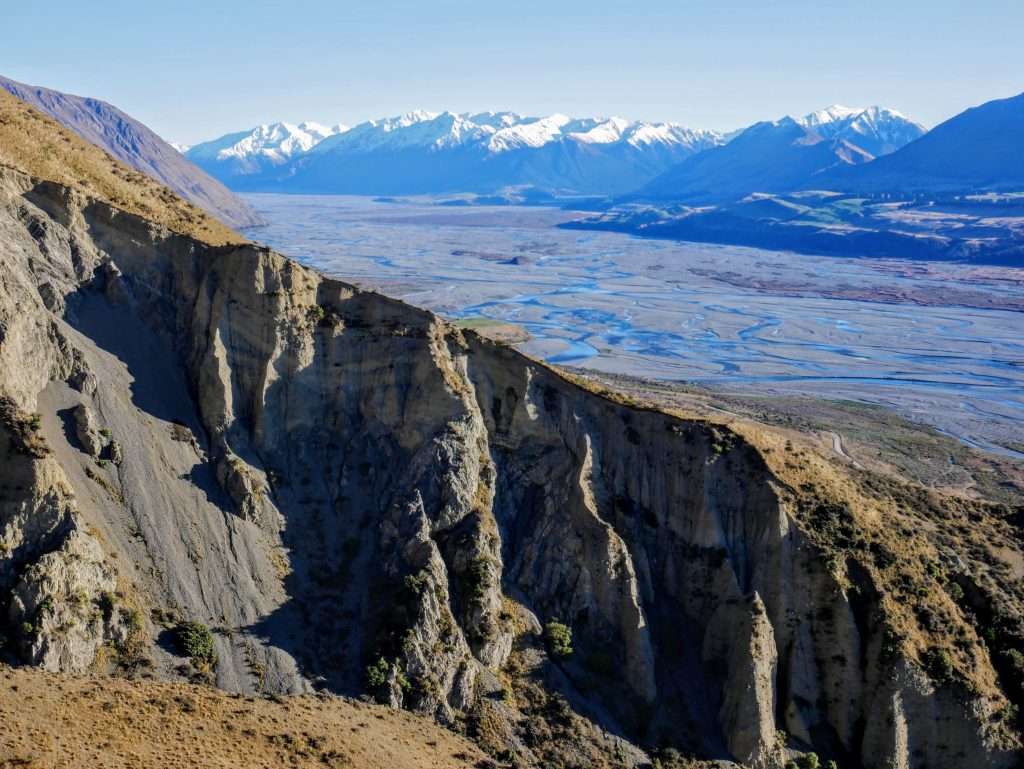 Almost at the summit. 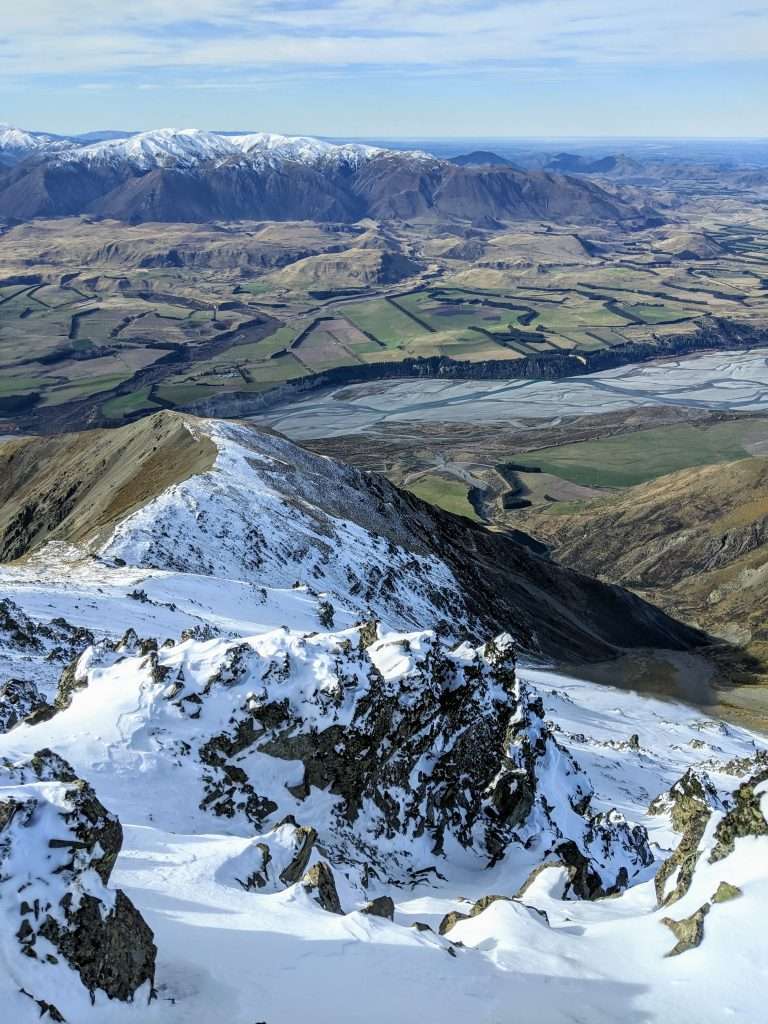 The route starts on a vehicle track through private land. From the Hakatere Conservation Park boundary you need to push through some spiky Matagouri bushes for maybe ten metres. It’s then straight up for roughly a thousand  vertical metres, through grassland at first, then tussock grass with patches of scree. Once you reach the spur the incline eases, until you hit the final steep ascent through scree, and on the day we did it, shallow snow. May take 6 to 8 hours depending on how determined you are to make progress on the way up.

I’d read that the winds here can get pretty dangerous, so best opt for a calm-ish day. The slopes are pretty steep so you should check for avalanche risk in winter. No such problem on the day did it however, and in fact we could have done with a bit more snow up top to aid with traction on the final push for the summit.