Sitting almost 1500m above Lakes Hawea & Wanaka, Sentinel Peak (1814m) is a big day out with 360 degree views of the lakes & surrounding peaks.

Some years ago we did a shortish walk to Sawyer Burn Hut, starting at the Kidds Bush Reserve campsite. I had read at that time it was possible to keep going upwards to climb Sentinel Peak (1814m), however we weren’t experienced at off-track tramping so it remained on the wish list. We finally got around to doing this walk four years later, and it was very satisfying. There are views of various mountain peaks, rugged slopes, and both Lake Hawea and Lake Wanaka. One of the highlights for me was the very attractive summit – both looking at it, and the views from it. This is a walk for the more adventurous hiker, as there is some navigation required, and a couple of places with mild exposure. Nothing too serious though – we’re no mountaineers! 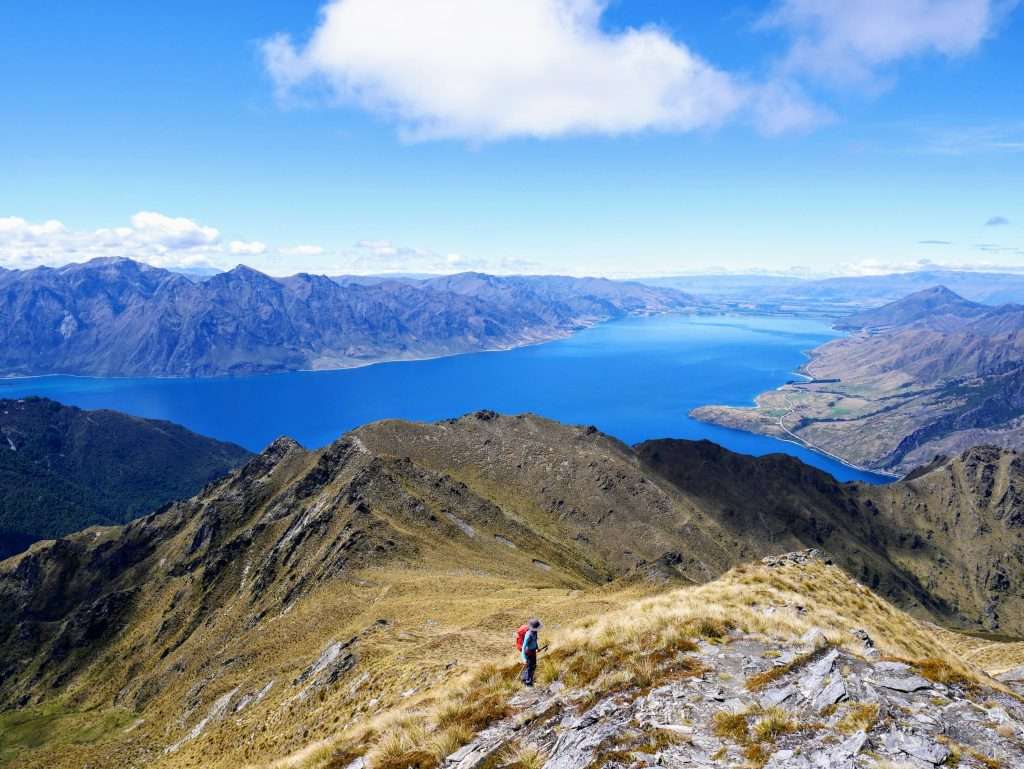 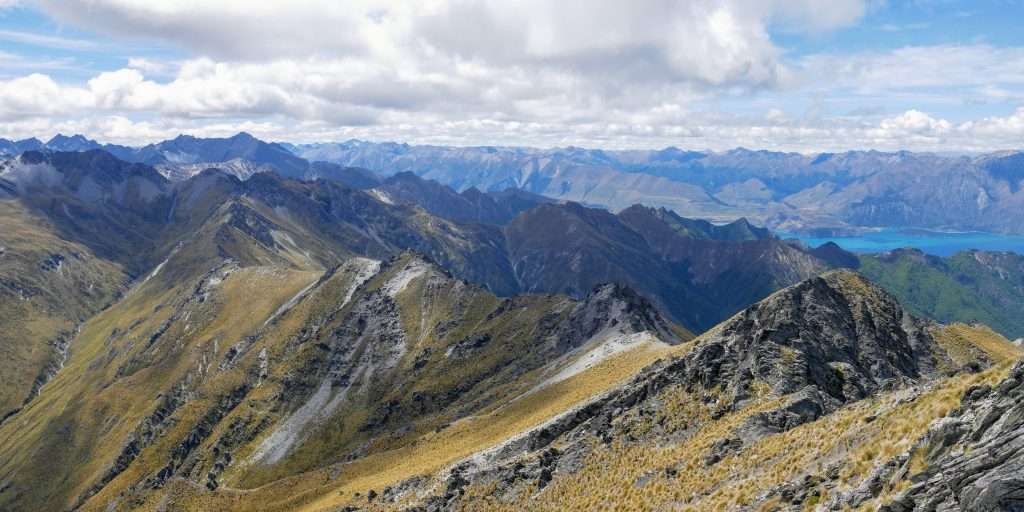 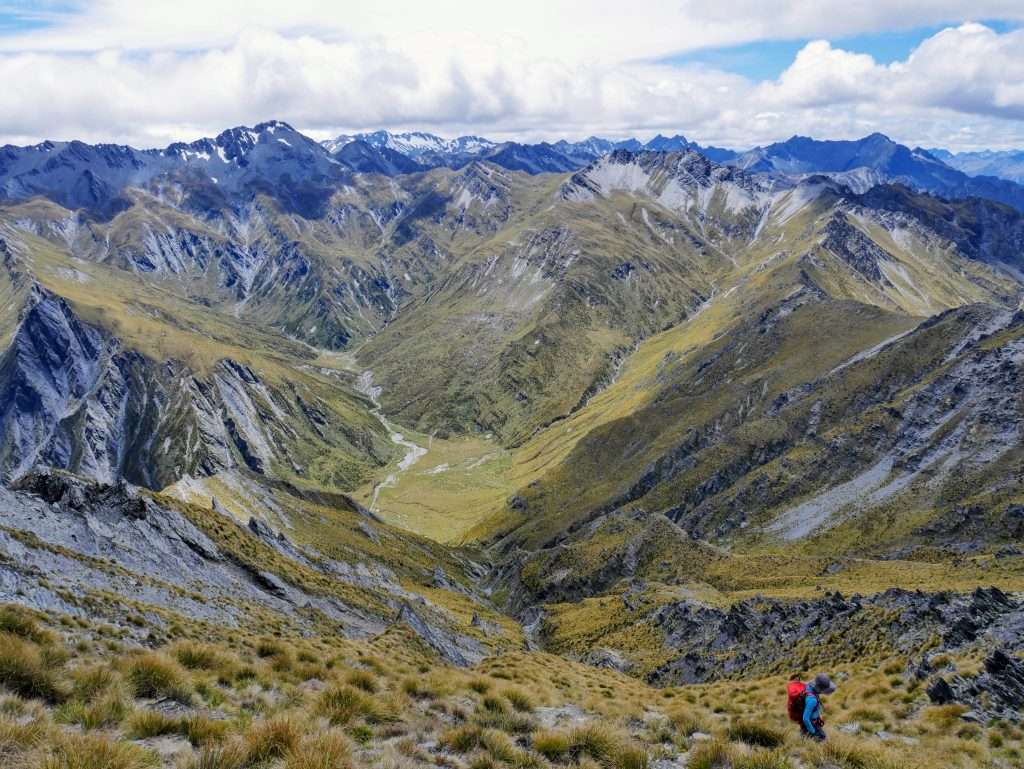 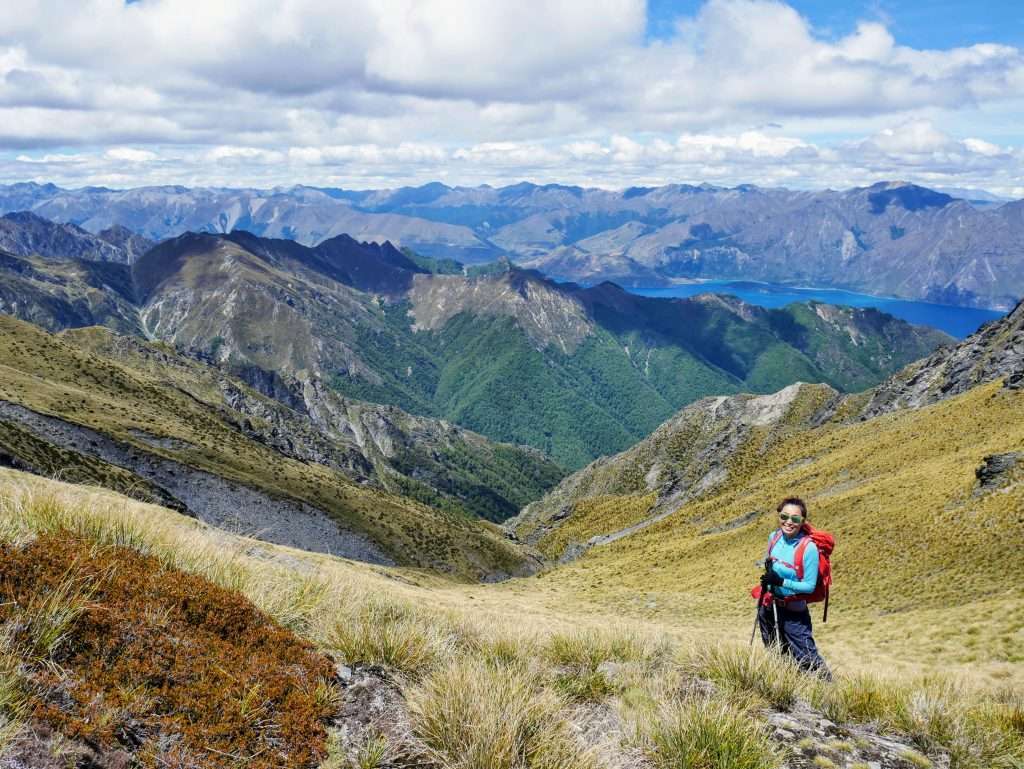 The route starts on a nice if rather steep track through beech forest. Once above the bushline you leave the track, which heads to the right, and head straight up onto a ridge, which you pretty much follow until the summit. For much of the way an impact track fades in an out depending on the terrain (obvious on the narrow ridges, but disappears on flatter ground). At one point we veered right to avoid a rocky peak, (a blue dot on my topo map above), and this section is probably the trickiest, with a bit of exposure on steep tussock and scree slopes. Just keep heading around the back of the peak and up to regain the ridge.

There’s also just a bit of exposure on the very final few metres to the summit. Below are some suggested routes to get up there (read notes in the image caption):