As the name suggests, Queenstown Hill is on the very edge of the town itself. For just moderate effort you can climb 500m on a well formed track to 907m of elevation and grandstand views of Lake Wakatipu, The Remarkables, Cecil Peak and Ben Lomond. 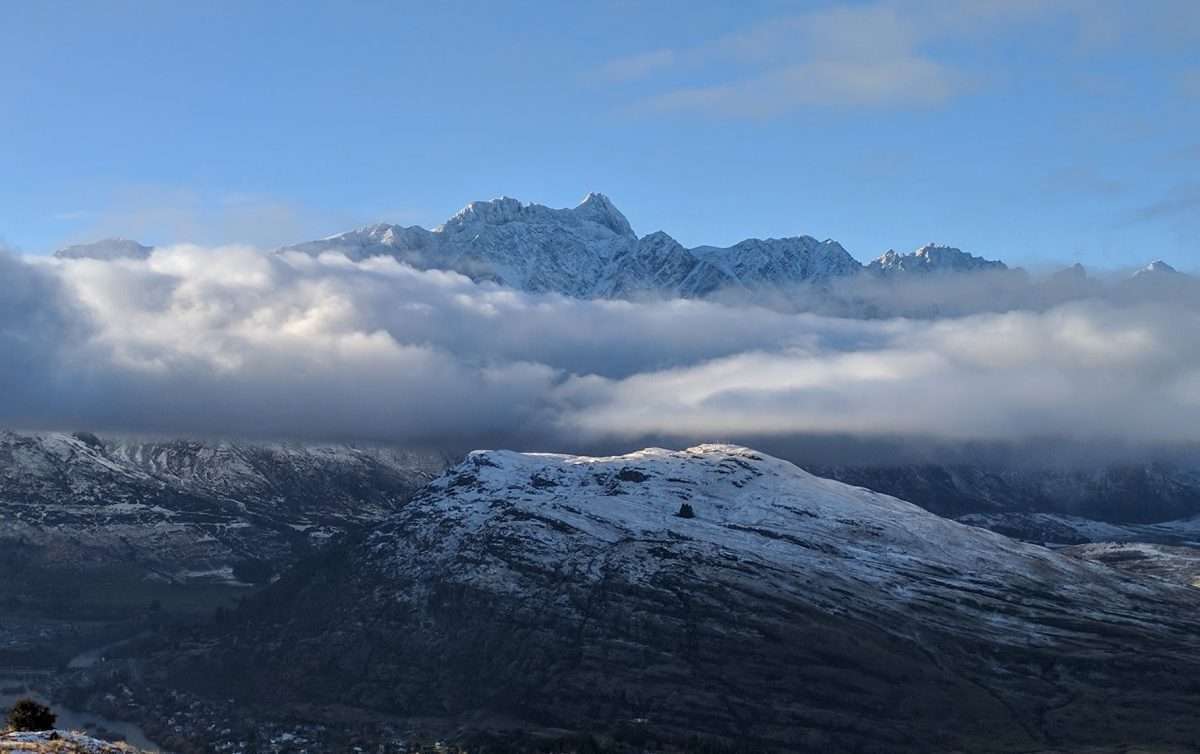 The Queenstown Hill Walk provides excellent views for moderate effort, and it’s highly convenient, starting just on the edge of town. From the small car park you ascend steadily through a forest of wilding pines, some of them humongous, then after emerging above the tree line it’s a short but steep ascent to a minor peak at 841m. The 360 degree views include the Remarkables, Lake Wakatipu, Cecil and Walter Peaks, and Ben Lomond. The pictures below were taken after snow. I’ve also included a couple of shots from the airport as we flew out later than day. (I’ve now also added a few shots from the summer of 2015/16).

Info on this straightforward walk can be found on the a DOC pdf of walks in the Wakatipu area: see walk 15. It starts on Belfast Terrace. You can walk an extra 100 vertical metres from in town to the start of the walk, or there’s a small car park and street parking available. The track through the pine forest can be done as a partial circuit. 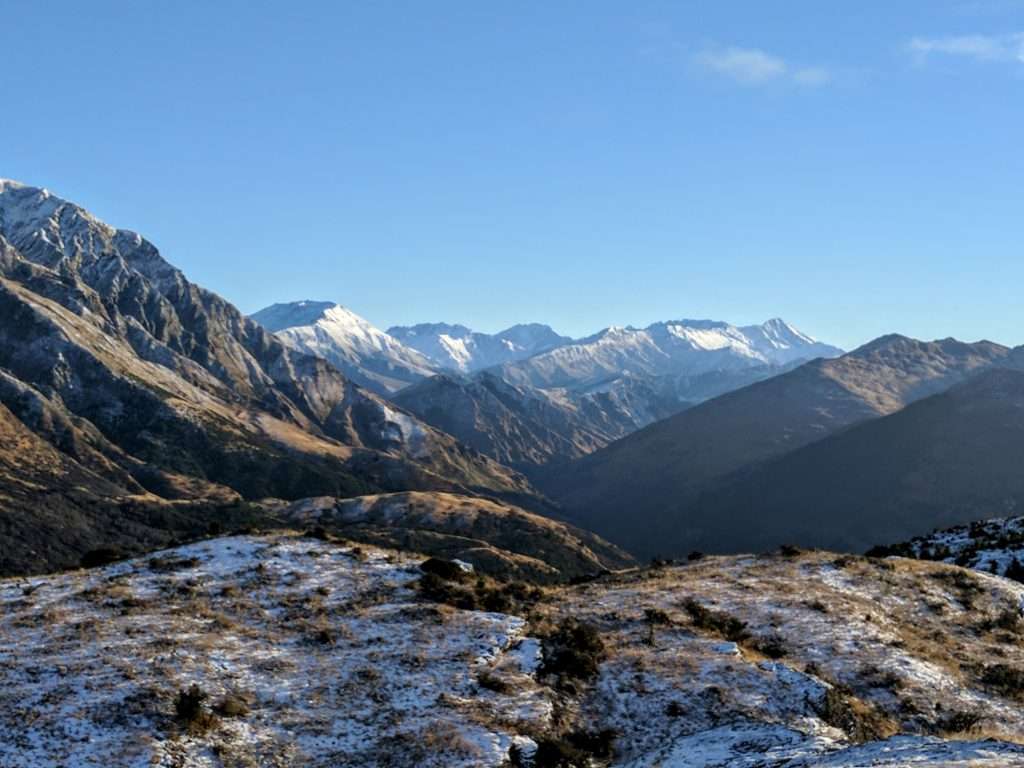 A few shots from an earlier summer…