Three walks high up in the Remarkables Range near Queenstown: tracks to Lake Alta and Shadow Basin Lookout, and for something a little more hair raising, the Queens Drive track. Alpine scenes and spectacular views abound. 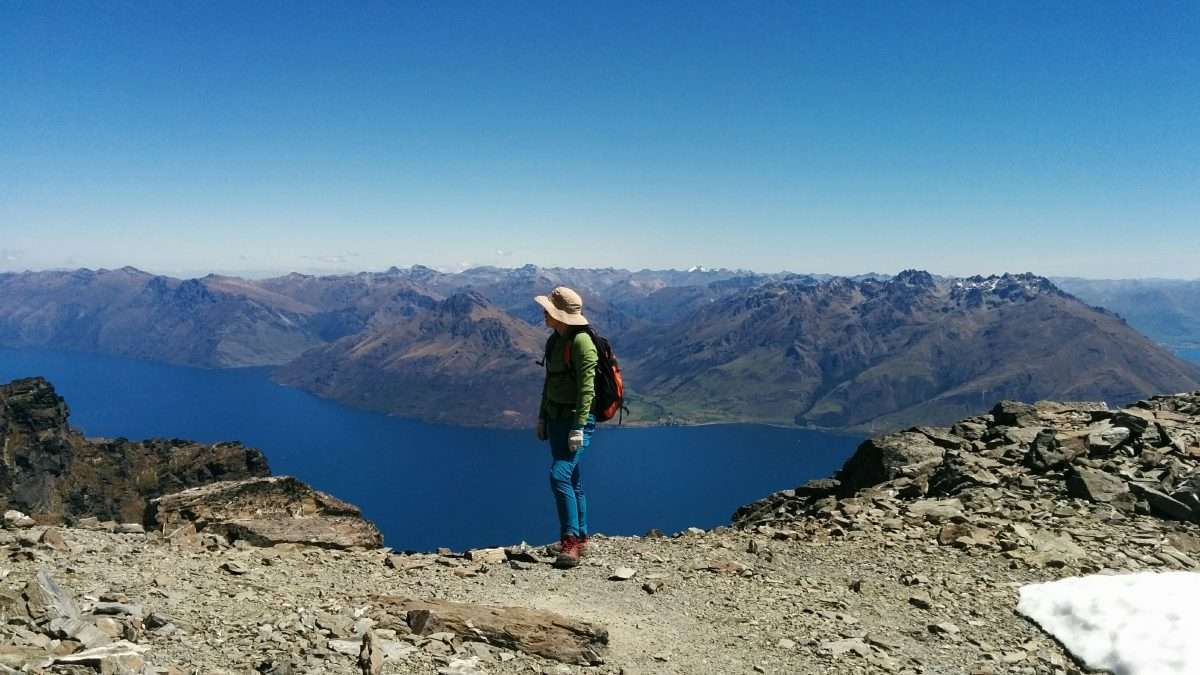 Three walks in one here: a straightforward walk up to beautiful Lake Alta from the Remarkables ski fields car park, a shortish climb to wide open views at Shadow Basin Lookout, and the somewhat hair raising Queens Drive track, that runs along a poor excuse for a ledge high up (about 2000m) on the west face of the Remarkables. Seriously spectacular views on the Queens Drive track, but if you don’t have a head for heights then you can just check out the views from Shadow Basin Lookout, which is on the way.

We used the guide book Day Walks of New Zealand: Central Otago and Queenstown for track notes. We intended to do a loop: climbing from the ski fields car park to Shadow Basin Lookout, south along Queens Drive, then on to the head of Wye Creek, and follow the Wye Creek Route north to Lake Alta, then descend along the Lake Alta Track back to the car park. Unfortunately we met one snow drift too many on Queens Drive and turned back. (We would complete the Queens Drive – Wye Creek loop in January 2019, and realised then we had gone only about halfway along the Queens Drive on this occasion).
Instead we walked back to the start of Queens Drive, then over to a spur north of Lake Alta, had lunch, and then descended steeply from there to the lake, and back to the car park along the Lake Alta Track. On our first trip to Queenstown in 2008 we walked up to Lake Alta and back from the car park, and I’ve included a few pics from this day also.

Queens Drive starts just to the left (south) of Shadow Basin Lookout. It’s not that obvious.

And walking over to Lake Alta…