This longish circuit in Murramarang National Park takes in an attractive stretch of the NSW South Coast, and also climbs to the top of the forested Durras Mountain. 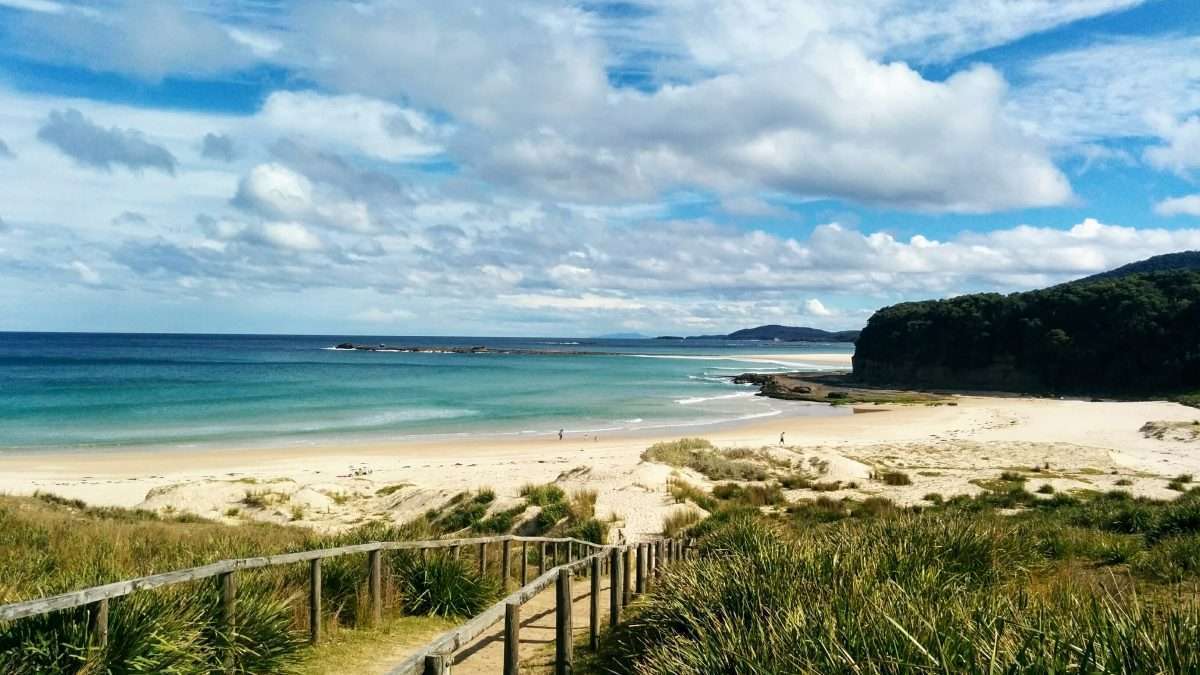 This longish circuit walk in Murramarang National Park near Ulladulla  takes in a very pleasant section of the NSW South Coast, and also rises up about 525m to the top of Durras Mountain. The mountain is forested and doesn’t provide much in the way of views, but it’s a nice enough section and contains lots of cycads, which I don’t see much of. On the coastal stretch there are lots of sandy beaches, rock platforms, bays and headlands. Track notes at the end. There are some good cliffs on Snapper Point near Pretty Beach, (although accessed from Merry Beach), that we visited a few months earlier: I’ll post on that short walk soon. 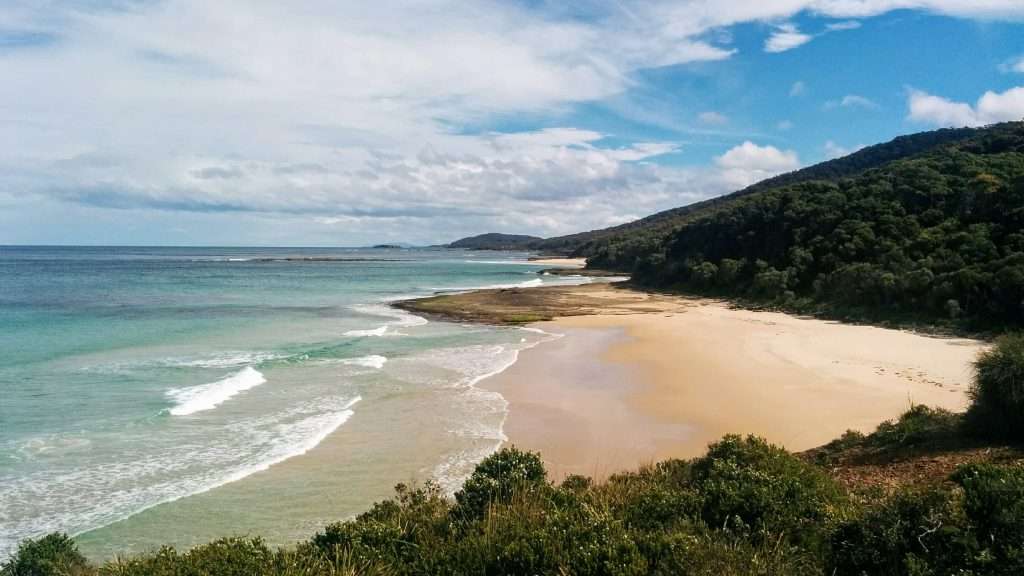