Stark and rugged scenery on this epic day-hike to the summit of Mt Taylor (2333m), the highest peak in the Canterbury Foothills. 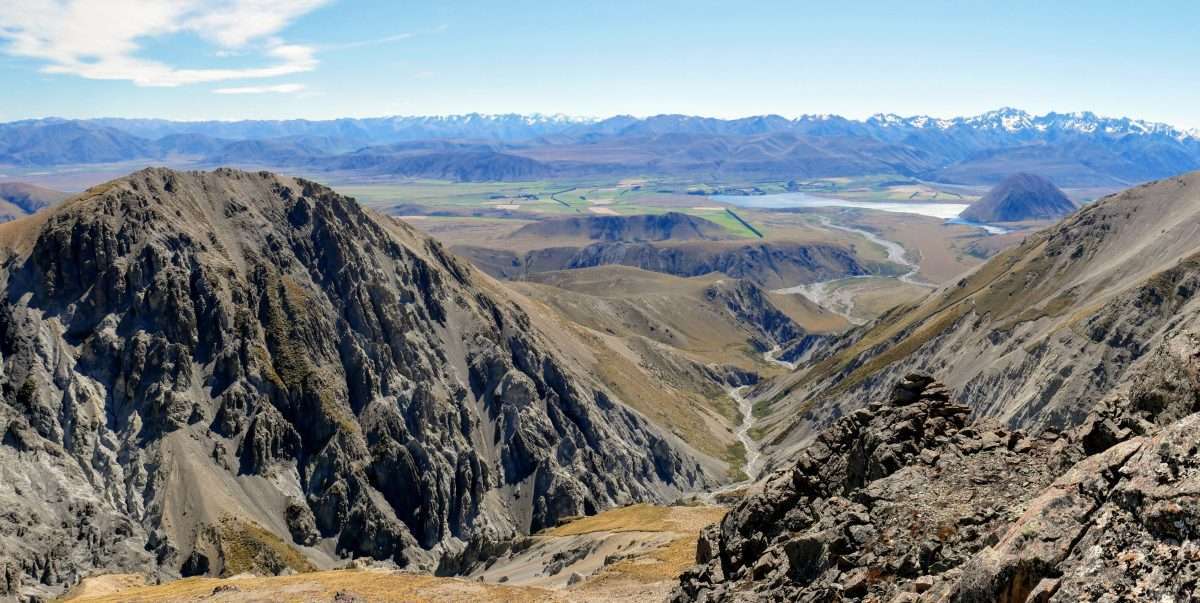 I’ll admit to being motivated by epic climbs to high peaks that I can knock off in a big day, and so Mt Taylor was always beckoning. At 2333m of elevation it is the highest mountain I’ve ever climbed, and at 31km and 1650m change in elevation, one of the longest walks I’ve done. The views from the summit over the stark landscape of the Canterbury High Country and Southern Alps are predictably a highlight, however I also very much enjoyed the walk up and down the Swin River South Branch through a very rugged gorge. And despite it being a cloudless Saturday I had the whole mountain to myself (and no Sophia with me that day).

The only downside to this walk is 20km walking over flats to get to and from the base of the mountain, but the scenery all around is very nice and so even this was quite enjoyable. And of course you get bragging rights having climbed the highest of the Canterbury Foothills, (the foothills being those mountains not connected directly to the Southern Alps). Track notes at the end.

And now on the way back down…

It’s easy walking across flats on a vehicle track and then marked and obvious tracks to Double Hut. Note you have to cross the Swin River and this was at least calf deep in early summer, and not enough rocks to avoid having to step in the water. From Double Hut you head up the Swin River South Branch, mostly on rocky the river bed until you come to a fork in the river. Taking the right hand option (as you look at it) for about 50m gives access to a ridge on the left, and from there it’s steeply up through some tussock but mostly shingle/scree to the summit.

I’d allocate 10-12 hours to cover the 31km and 1650m change in elevation, longer if there is snow or you are carrying overnight packs. It’s a big one. You could stay at Double Hut at the base of the mountain to make it a two day affair.