Really spectacular alpine views of peaks, tarns and down into braided river valleys, accessed on the Mt Shrimpton Track and then off-track to tops.

The Mt Shrimpton Track takes you from lush broad leaf forest, through beech to above the bushline. From there you can wander at will, but a long and fabulous day walk is to keep going upwards to the ridge at about 1900m of elevation. There are spectacular alpine views of rock spires and numerous teal blue tarns, down into the Makarora Valley to the west, and the upper High Burn Valley to the east. My first look at the tarns and spiky peaks was one of those moments I let out a slight gasp of wonder.

There’s some scrambling required to get down to the tarns but that is a nice spot and offers a few more chances for crowd pleasing photography. Track notes at the end. 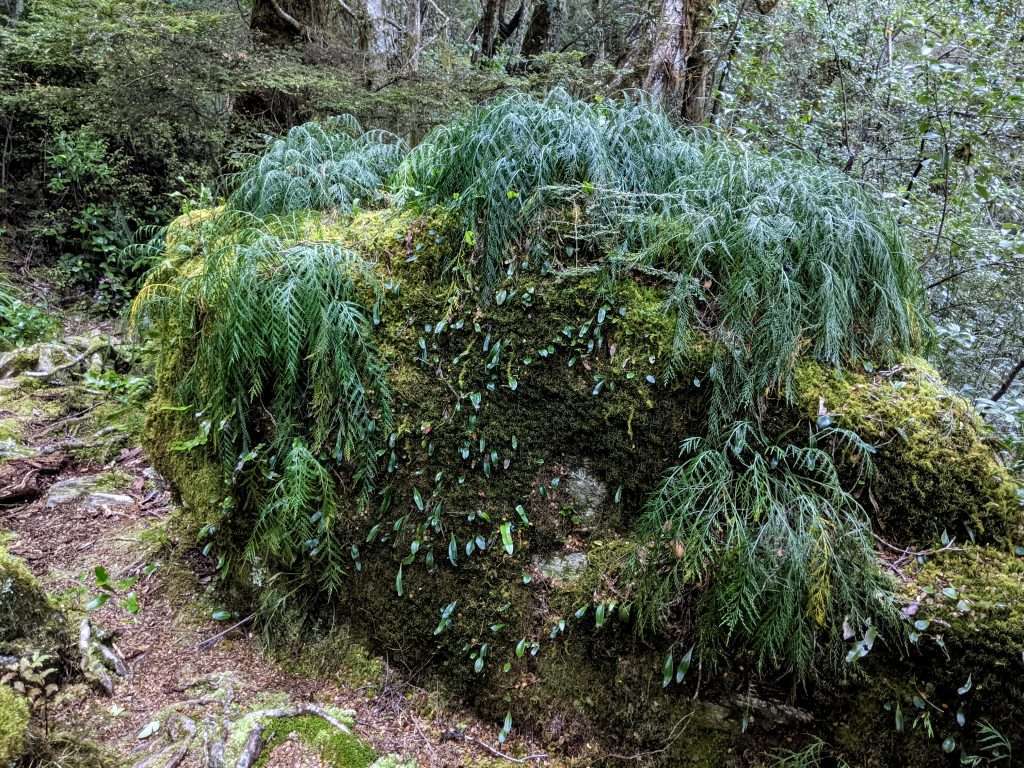 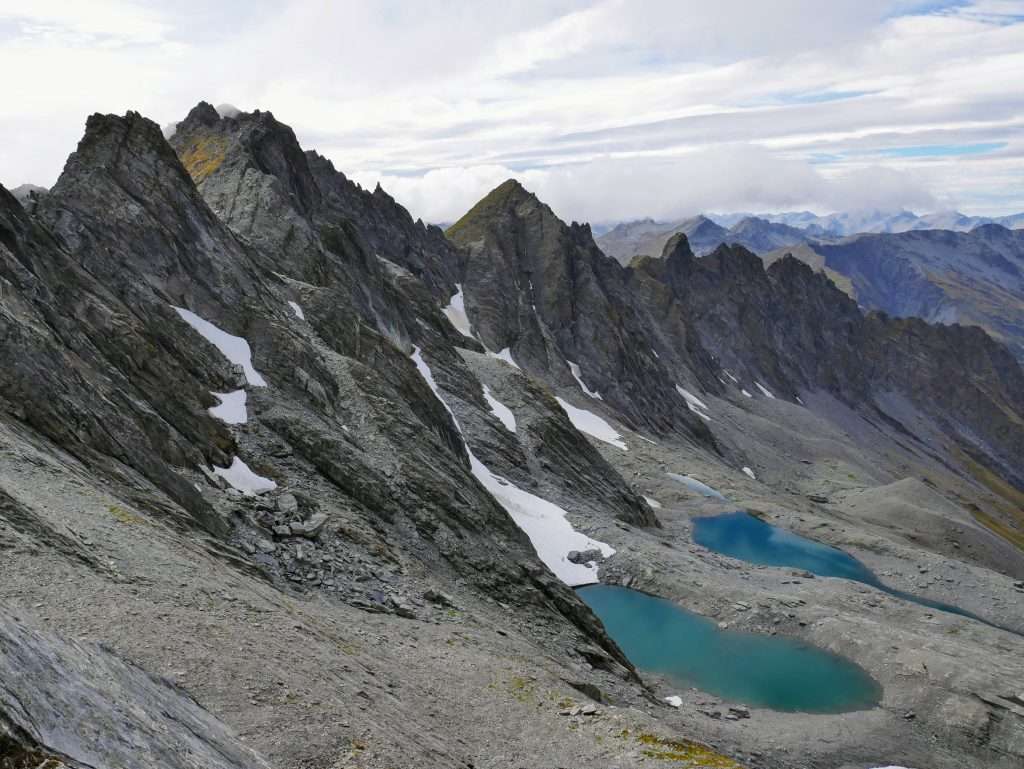 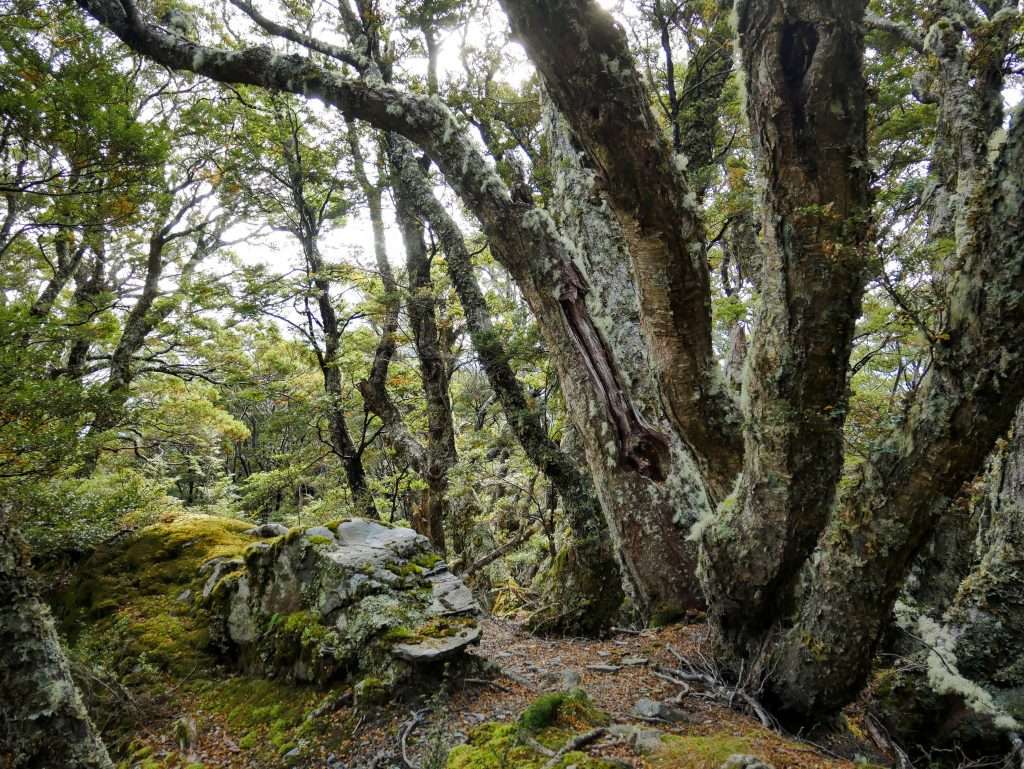 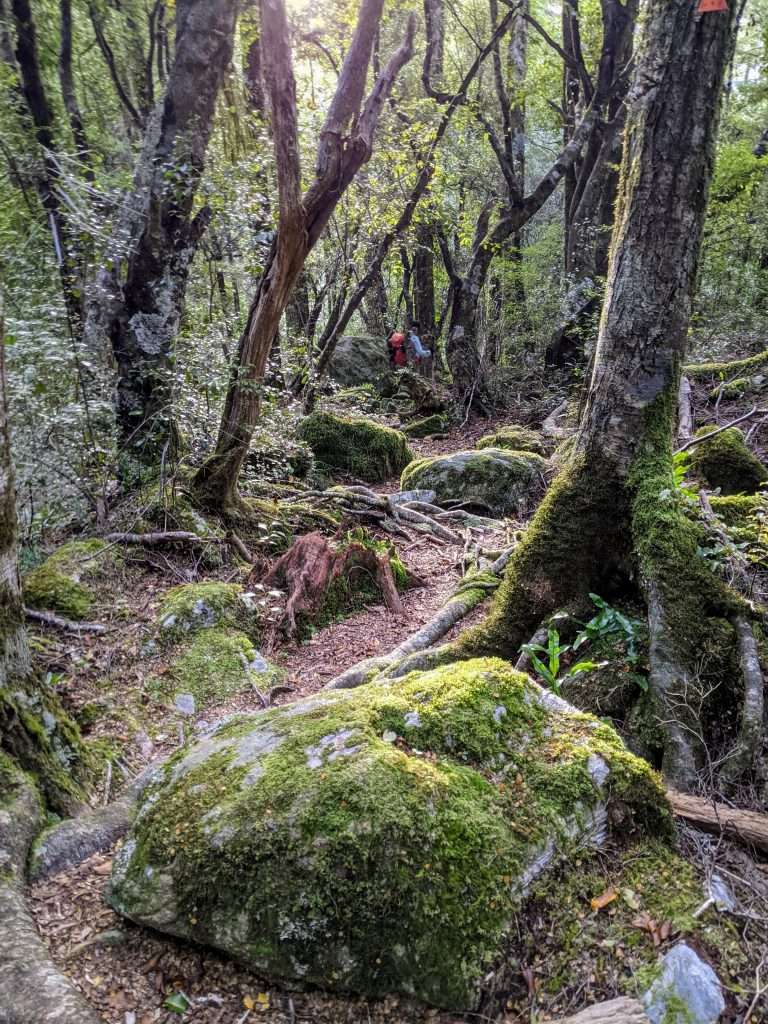 This is quite a long walk: 12-13km return with at least 1700m of change in elevation. It starts on a marked track through different types of forest. From the bushline there is an unmarked track for a while, but that eventually peters out. To get to the ridge veer to the right as you get close to the tops to avoid the steepest rock faces and minimise scrambling. You can see a way down to the tarns from there, although this does require some scrambling (you can see that route in one of my photos). I also visited point 1960m for extra views.

Ideas for visiting the summit

If you wanted to visit the summit of Mt Shrimpton I recommend leaving the increasingly rocky ridge earlier – perhaps around 1600m – and heading to the left (north-east) up steep and rocky tussock slopes. I don’t think you can walk the ridge to the summit without climbing equipment.

I saw a video on Youtube where a couple said they ascended from the south-east, ie, the tarns, but I question whether they actually reached the summit. (The tops were clouded in on the day they walked so there was no evidence of where they got to). I made a half hearted attempt to find a way up, as we were running out of time and my wife didn’t want to go, and was waiting for me at the tarns. I ended up turning back when I hit steep slopes of very loose rock and earth, so that I would take one step forwards and slipped back pretty much to my starting point.