Fabulous views await those who climb steeply to Mt Cheeseman (2031m), a peak on the crest of the Craigieburn Range. 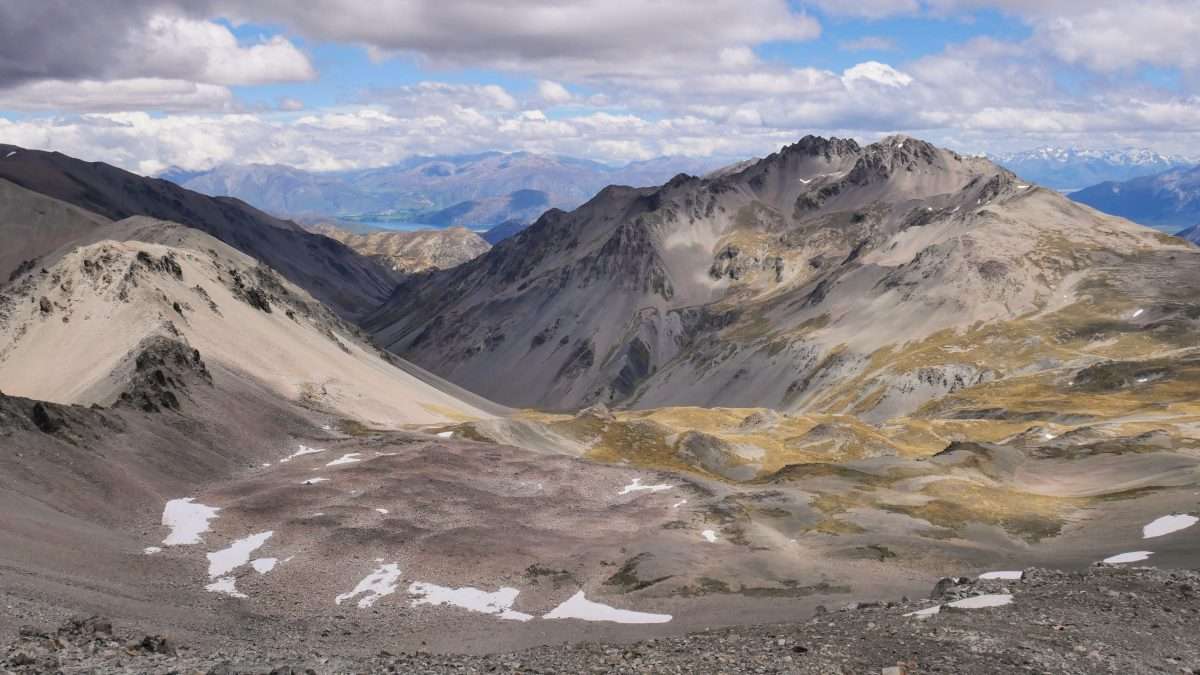 Prior to climbing Mt Cheeseman (2031m) we had done only one other big walk in the Craigieburn Range, climbing nearby Mt Cloudsley. So our second peak on the range crest was overdue, but what a great peak it was. I hadn’t expected such fabulous views, which include the impressive Mt Olympus (2094m) – for me the highlight of these vistas. But there are countless peaks in every direction, so a real visual feast. Throw in a couple of tarns and a proper work out, and you have an excellent day out for more experienced walkers.

Only the very start of the walk is tracked – the rest is off track in sometimes rugged terrain. It may be a little more difficult than Mt Cloudsley, despite involving less of a climb, as there are a few quite steep sections. Similar though. Track notes at the end. 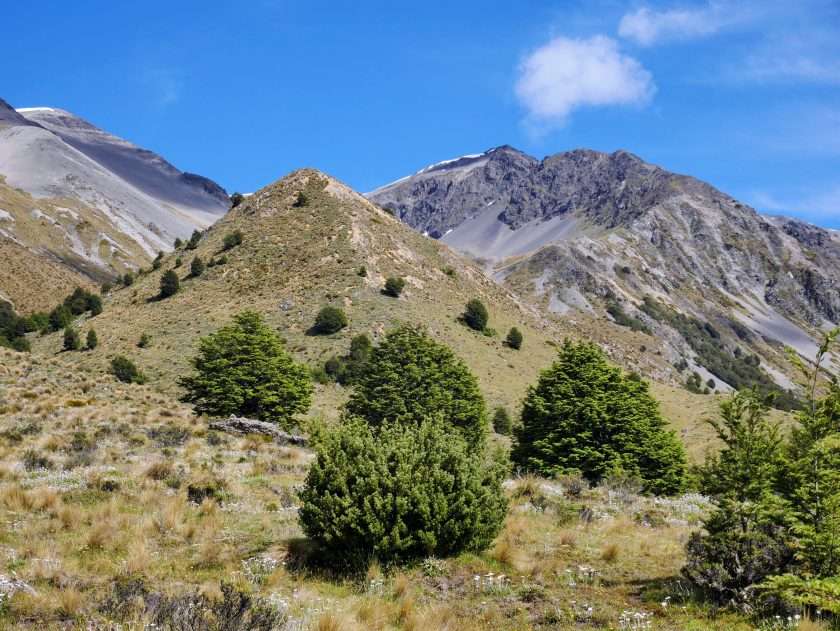 A video of views from the summit…

It’s a straightforward start on the Hogs Back Track (shared MTB/ walkers track). When you pass over point 1056m and enter a patch of beech forest, keep straight ahead on an obvious impact track to pass through the forest and approach the base of the mountain. From there it’s a steep climb through grass up to point 1556m, and then along the ridge all the way to the summit. It’s a roughly 1200m climb over 5km, then back the way you came.

When on the ridge there’s the odd scramble through scree and loose rock but never anything too difficult. Walking poles will help haul you up the scree sections, (and the grassy bits too for that matter).

I got brief notes for this route from arthurspass.com,  where there’s a database of peaks to climb in Arthur’s Pass, but also Craigieburn Forest Park and Korowai Torlesse Tussocklands Park. Very handy resource.

You start at Texas Flat cark park on the Mt Cheeseman Ski Field access road. (Note that the ski field itself is actually on Mt Cockayne.)