Climbing Lindis Peak (1226m) in Central Otago is a lesser known up and down walk with 360 degree views of the area, including the distinctive St Bathans Range, and distant snowy peaks of the Main Divide.

Sophia and I had driven through the Lindis Valley on our way to Mt Cook at Christmas time in 2015. After doing most of the regular day walks around Queenstown, I decided to drive out this way again in winter 2016 for the walk up Lindis Peak, and it did not disappoint. There are 360 degree views of the surrounding Central Otago countryside, (and over the border into Canterbury), including the impressive St Bathans Range, and distant snowy peaks of the Southern Alps.

In 2016 there were cloud inversions in the Lindis Valley and other distant valleys all day, making it a particularly photogenic affair. Not so attractive when I took Sophia up in 2017, but I’ve included a few pics from then also.

Here’s a DOC link to walks in the area, including this one. Starts off in pasture, but on the occasions we did it there was relatively little animal dung. The upper sections are a reserve with typical tussock grass and the dangerously spiky spear grass (or Spaniards). A good walk for cooler weather as there’s no shade. About 800m change in elevation; of moderate difficulty. The track starts roughly at the marked spot in the map below (there are signs and just a little space for parking)…

To prevent a mountainous cold sore, my wife Sophia stayed at home on the day I first did this walk in 2016. It was a shame because there were excellent cloud inversions all day, making the already good views even better. 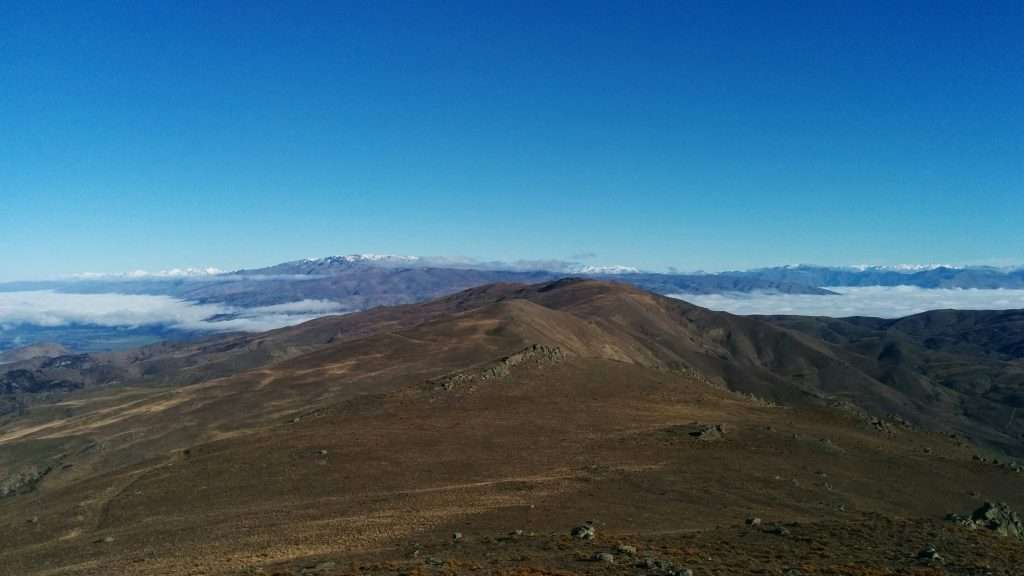 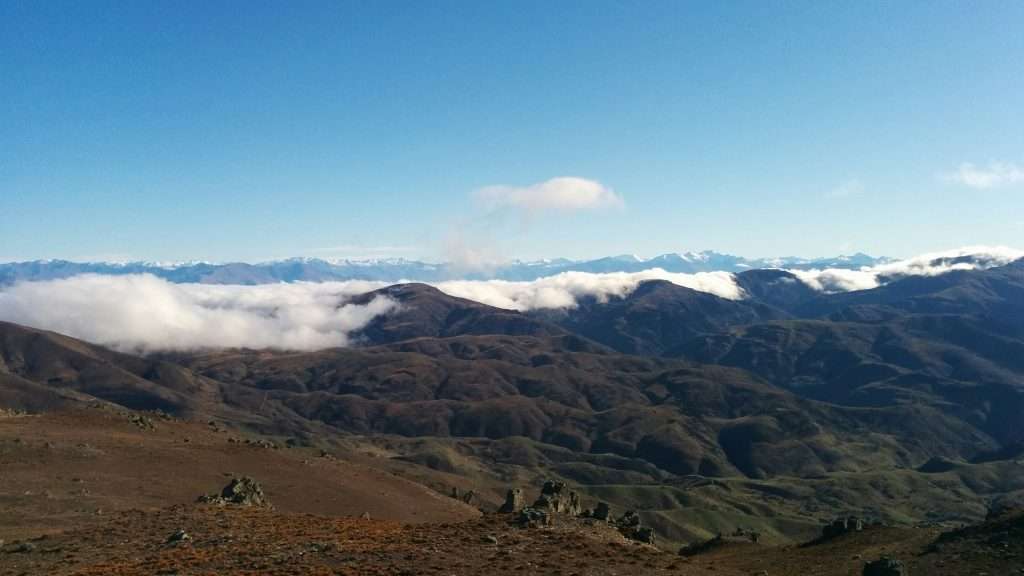