A really spectacular alpine lake is your reward at the end of the short but sometimes rough Lake Marian Track in Fiordland National Park. 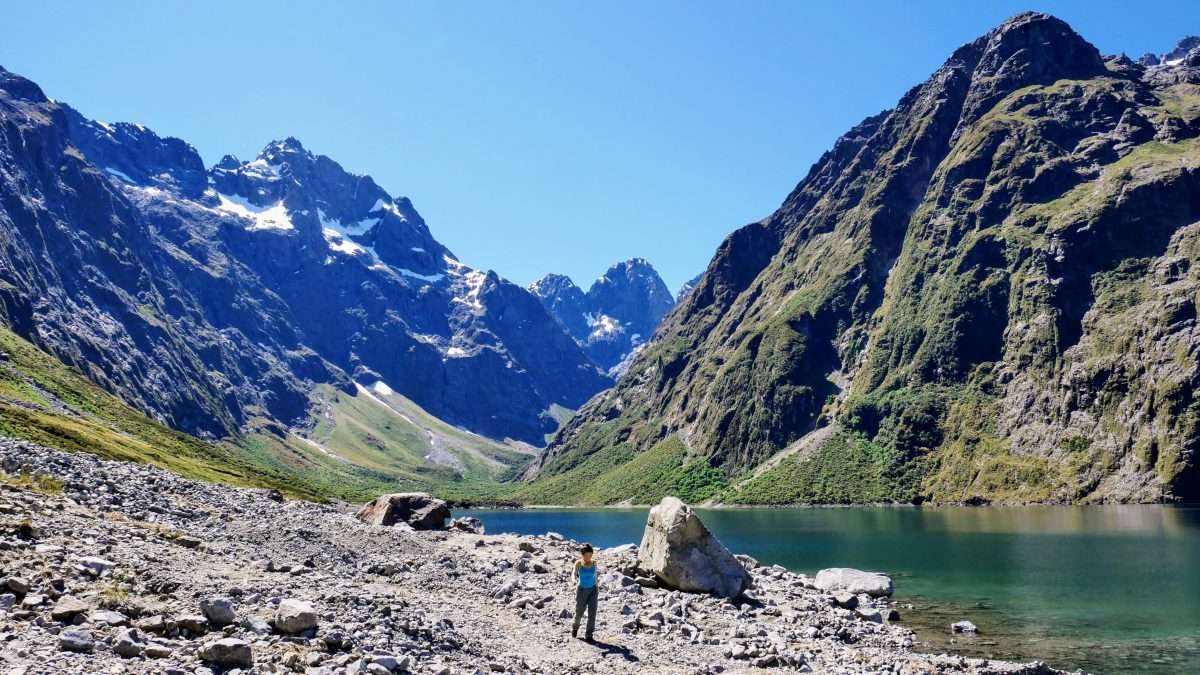 I was excited to visit Lake Marian on our first walking trip to Fiordland, as I’d seen some pretty epic photos of it. I suppose I had high expectations, but that still doesn’t prepare you for the scale and beauty of the place – it really is wonderful. We had planned our visit to coincide with rare clear skies, but I think the area would look great in any weather with visibility. (An Instagram follower said so anyway). The lake is the highlight of course, but on the way up the wild and scenic Marian Creek will also capture your attention.

It’s not such a long walk to get up there, and hence a lot of people will probably join you on the walk. It’s not a stroll however, so only the more motivated holiday makers will make the effort, and hence I doubt there will ever be queues to get up. Track notes at the end.

Prepare yourself for many subtly different photos of the same lake! I felt compelled to include all the various angles I took. 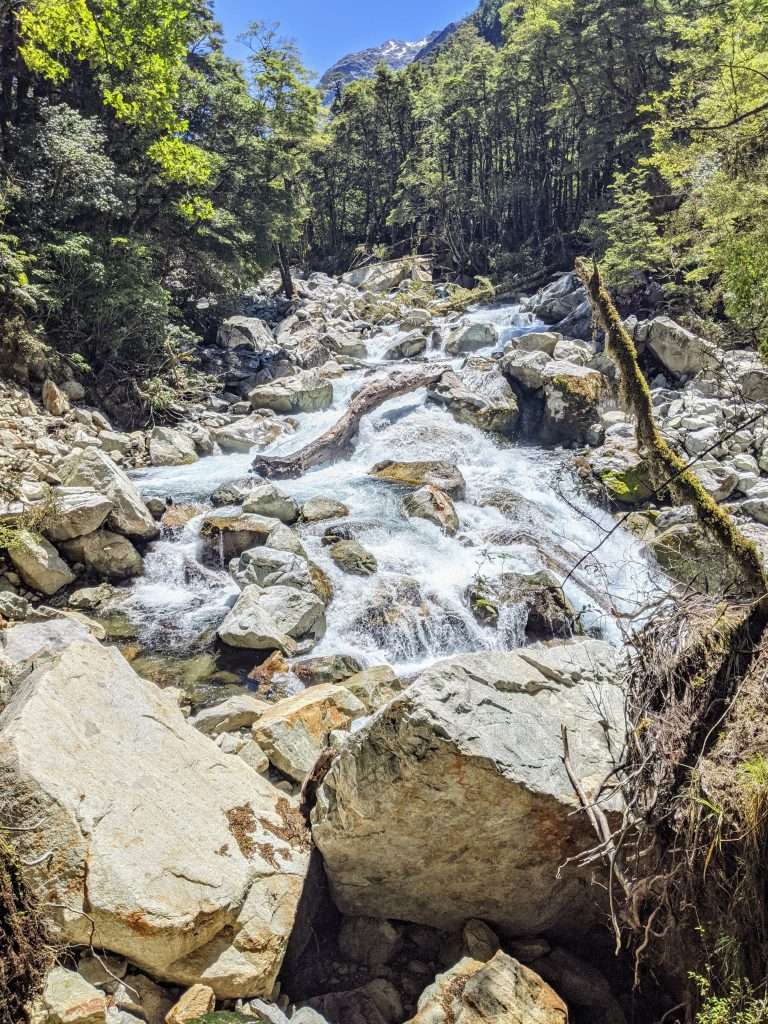 The track starts off nicely constructed but gets rougher later on. Fine for any able bodied person however. Apparently it can get a bit muddy. We walked around the lake shore for a while which gets you different angles on the lake and surrounding mountains, and also gets away from most of the people congregating at the south-eastern end. It’ll take about 2.5 hours for the return trip, but plan to spend some time frolicking by the lake’s edge, or even take a swim in the bracing water.