The Jacks Point Track runs along the foreshore of Lake Wakatipu between Kelvin Heights and Jacks Point, providing views of the areas most impressive mountain peaks including the aptly named Remarkables, and Cecil Peak on the opposite side of the lake.

It snowed on the last day of our trip to Queenstown in late Autumn 2017, and so we took advantage of this relative novelty by doing the Jacks Point Track, which starts just behind the house where we stay. This walk provides excellent views over the remarkable Remarkables, as well as Lake Wakatipu, and various mountains on the other side of the lake, the most prominent of which is Cecil Peak.

The featured image of the Remarkables was from our first day of the trip when we went for a quick stroll as the sun went down.  It’s a well formed track, and if you do the circuit at the Jacks Point end it’ll take roughly 3 hours. You could even stop at the Jacks Point golf course club house for fancy pants food. Track notes at the end. 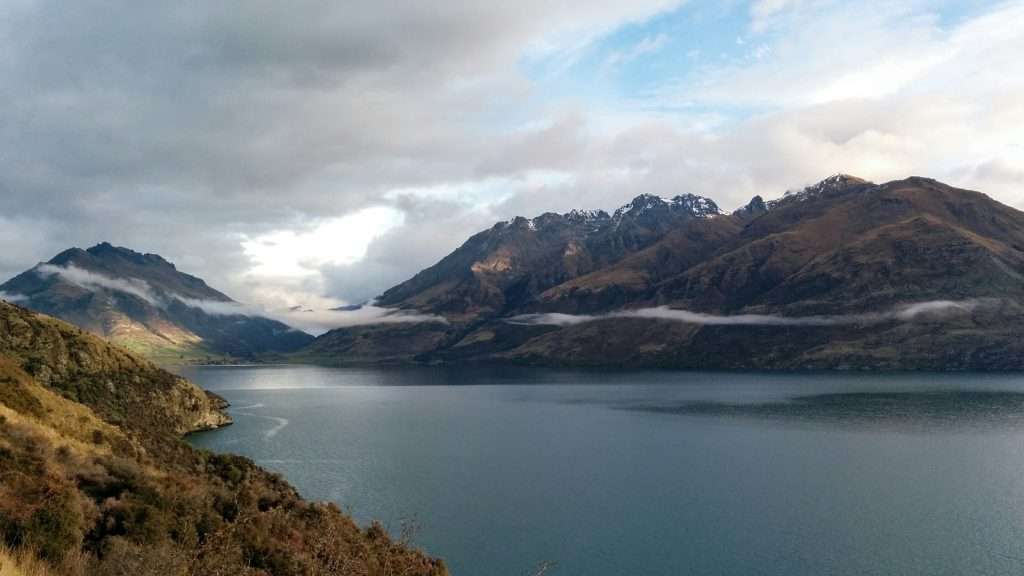 And now some photos from winter 2019, featuring the Remarkables a lot.

Here’s a link to DOC info on the walk. If you follow the main track from Poplar Drive in Kelvin Heights you will walk along the foreshore of Lake Wakatipu almost all the way to Jacks Point, but note a track branching off to the left as you approach the point, because you can return back down that as part of a circuit. The track eventually climbs away from the lake for full-frontal views of the Remarkables, and then you can easily follow some vehicular tracks in an anti-clockwise direction and descend back down to the track for the return walk to Kelvin Heights. It’s all very open so you won’t get lost. It’s not a hard walk but there are steep sections.