Introduction to Bushwalking in Tasmania

The island state of Tasmania is famous for its mountain and coastal scenery, and its southerly position means there are areas of alpine vegetation. And it sometimes snows in summer. How very un-Australian. Read on for more info, or go straight to a list of the walks.

We’ve been to Tasmania three times, first in 2008, and then in 2018 and 2019. We should have been more often, because its great there, but we kept going to NZ. Its pretty much the only place in Australia where you get pointy mountains, many of them rugged with extensive boulder fields to traverse (I love boulder hopping!). They are not particularly high, (Mt Ossa at 1617m is the highest), but there are numerous peaks over 1,100m, and there’s in fact a two volume guide book and website dedicated to the 158  peaks that are over that height, and at least 150m above the surrounding area. The coastal scenery includes lovely beaches and in some places huge sea cliffs, like those pictured below on Bruny Island (visited on a  cruise, which is cheating).

The south-west is a World Heritage Wilderness Area, some of it very remote. The famous Overland Track, in Lake St Clair-Cradle Mountain National Park, passes through another fairly remote area in the centre of Tasmania; it’s a roughly 5-6 day (65-80 km) walk, although some dude did it in 7 hours 26 minutes; what a dude! Much of the rest of the island, which is not that big, can be accessed by road. (Tasmania is about half the size of England).

We used Day Walks Tasmania as our main walking guide (you can also buy it from the author, who is a full time guide book writer and self publishes); it’s got good track notes and maps. I also came across tastrails.com, and there’s the comprehensive trailhiking.com.au.

Tasmania is also becoming a culinary destination, and the state capital, Hobart, is home to the renowned modern art museum, Mona.

The weather in Tassie is mercifully cooler than the mainland, and is comparable to NZ’s South Island, so you can hike throughout the summer months with only the odd heat wave to worry about. The alpine areas can be frigid at any time of year; for example, when we started a mid summer walk up Hartz Peak it was 3 degrees Celcius at 11:00 am (at about 800m of elevation), and it didn’t get much warmer during the day.  In winter some of the alpine walks will be impractical for those inexperienced on snow, so you might stick to the lowlands and coast.

You can browse through a list of the walks I’ve posted on so far:

This relatively unknown circuit walk to Meander Falls ended up being the highlight of my trip to Tasmania in 2019. Perhaps not quite as spectacular as the walks we did in Cradle Mountain National Park, it nevertheless provided a remote and impressive bushwalking experience that exceeded expectations (which I have now built up for you! 🙂 ) . And despite walking on a weekend, we met just one or two groups along the way, so it remains underappreciated. Lucky for us at least. Expect beautiful forest and rivers, impressive waterfalls, cliffs, and boulders galore. Very Tasmanian. END_OF_DOCUMENT_TOKEN_TO_BE_REPLACED
February 9, 2019 / alpine, Australia, cliffs, featured walk, Hard, mountains, nice vegetation, North Tasmania, Tasmania, views, waterfalls
Mother Cummings Peak ascent, North Tasmania 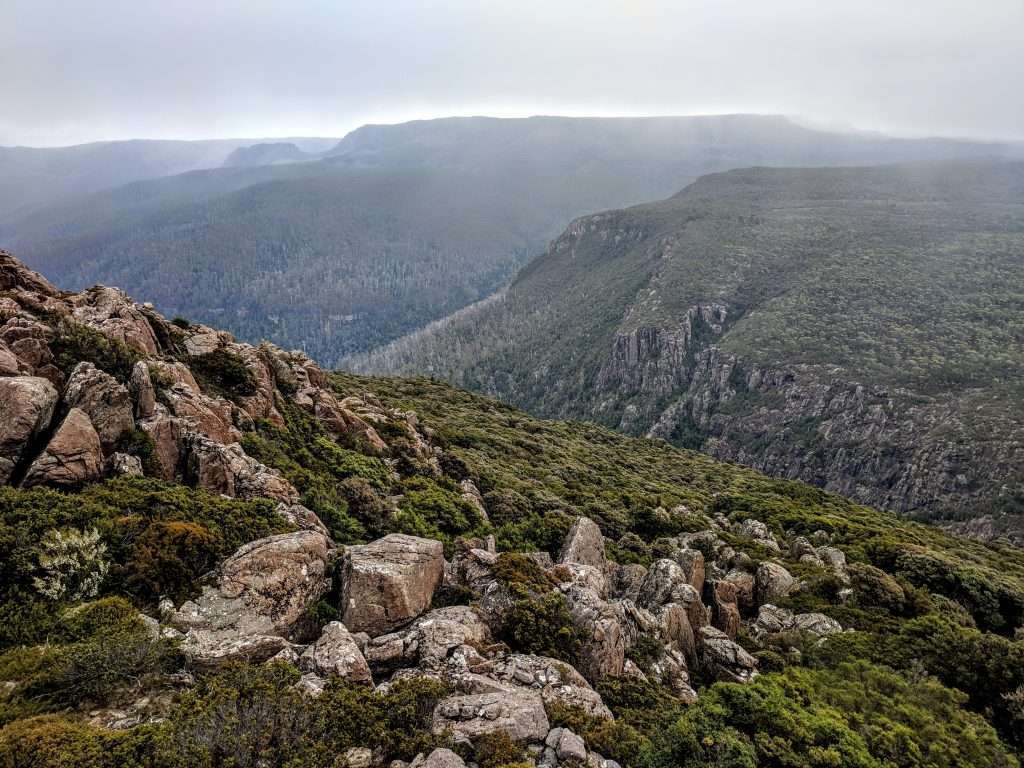 Although a bit misty on the day we did it, this walk up onto the Great Western Tiers to the summit of Mother Cummings Peak (1260m) offers good views over the tiers, as well as attractive beech forest, rocky stream beds, and alpine vegetation up on the summit plateau. There’s also a small waterfall along the way.

END_OF_DOCUMENT_TOKEN_TO_BE_REPLACED 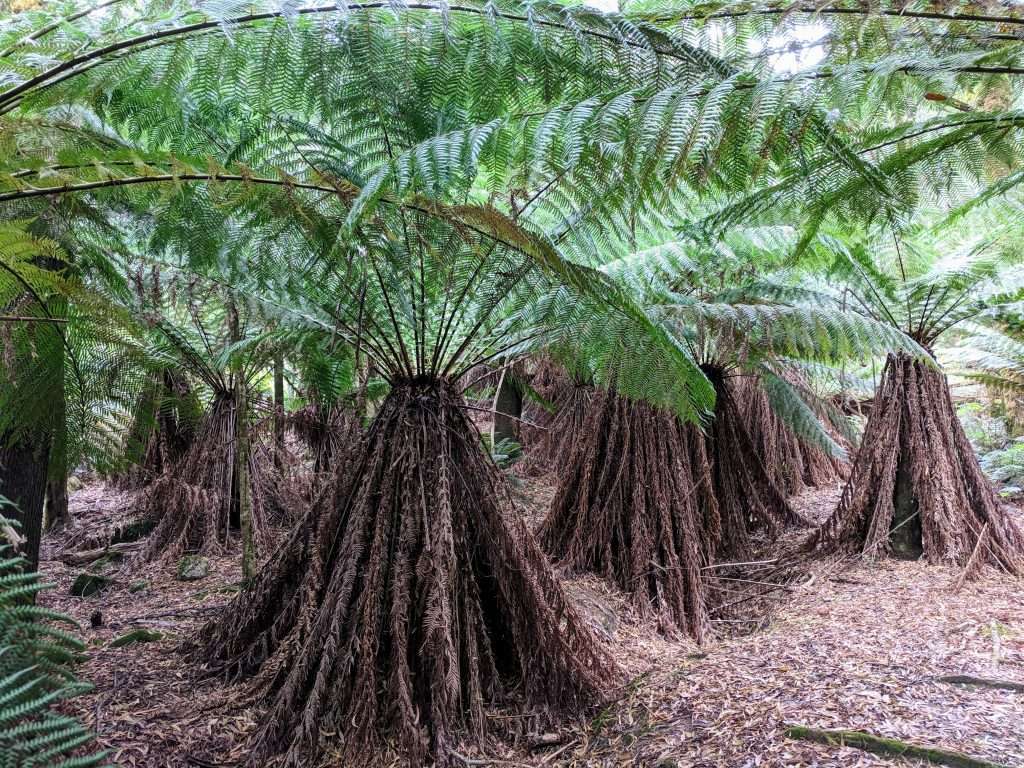 The Dial Range is a small mountain range in northern Tasmania that contains pleasant walking and mountain biking tracks. There are good views (sometimes partially obscured) over northern Tasmanian, as well as atmospheric forest with many large trees ferns. END_OF_DOCUMENT_TOKEN_TO_BE_REPLACED

The circuit ascending Mt Roland and then descending via Mt Vandyke exceeded my expectations. The excellent 360 degree views from the summit of Mt Roland take in the flat expanse of land to the north and east, and the other peaks in this range to the west. Further west there are distant and famous peaks in Cradle Mountain National Park. It’s an impressively rocky and quite prominent mountain range (from most angles), and the circuit taking in Mt Vandyke is varied: It starts in lush forest and then rises onto an alpine plateau, passes boulder fields, and visits two rocky peaks which both require a bit of a scramble. The return track is very steep but this adds a bit to the sense of adventure.

END_OF_DOCUMENT_TOKEN_TO_BE_REPLACED

We did this walk the morning we arrived on the ferry from Melbourne, as it was on our way to Hobart via a scenic route over the Central Highlands. It starts off in attractive myrtle beech forest, passes through large boulder fields, more forest, then up onto the summit plateau which is heathland. About 6km/500m of sometimes steep climbing to 1228m above sea level. There are good views of the Great Western Tiers and farmland to the north. We also visited nearby Liffey Falls (a short drive away). END_OF_DOCUMENT_TOKEN_TO_BE_REPLACED

Summiting Mt Rufus (1416m) provides extensive views of the surrounding area, including many other high peaks, although the summit itself is not much to write home about, and the distant mountains were difficult to capture with my camera phone. I probably enjoyed the walk as much for the variety of vegetation we passed through, which included myrtle beech, tall eucalypt woodlands, snow gums, alpine heath and grasslands. END_OF_DOCUMENT_TOKEN_TO_BE_REPLACED

Climbing Mt Wellington (1271m) is a must do for any traveller to Hobart, as it’s just a 15 minute drive to the foot of the mountain, (also accessible by public transport), and the summit provides great views over the city and Derwent Estuary. Despite the 940m of ascent anybody can do it… and that’s because there’s a road all the way to the summit. But as with meeting any goal, the rewards are better savoured when you’ve worked for it, so get off your arse and get walking 🙂 END_OF_DOCUMENT_TOKEN_TO_BE_REPLACED

I was going to climb Mt Field West on the day I did this walk, but my Tasmanian friend accused me of “peak bagging” and recommended the Tarn Shelf as a picturesque alternative. I very much like tarns, and this walk has plenty of them, all situated in attractive alpine surrounds. END_OF_DOCUMENT_TOKEN_TO_BE_REPLACED 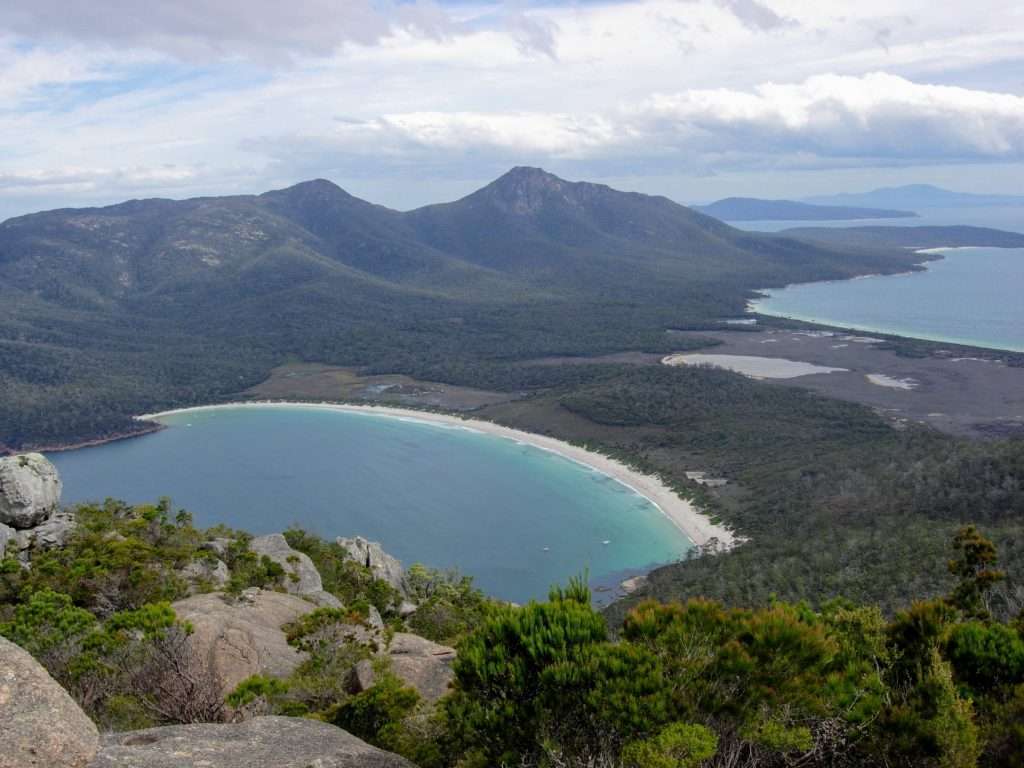 Wineglass Bay in Tasmania is one of Australia’s most photographed beaches, and the best views are from the summit of Mt Amos (454m). We did this walk on our first trip to Tasmania in 2008, so I don’t remember it very well. Nevertheless, after reviewing my old photos I realise it’s an excellent walk with large rocky sections, great views, and steep enough to be a bit adventurous.   END_OF_DOCUMENT_TOKEN_TO_BE_REPLACED