Mt Tate Circuit, Kosciuszko National Park NSW
I didn’t really know what to expect on this circuit walk up Mt Tate (2068m) in Kosciuszko National Park, but it turned out to be one of the better walks I’ve done on mainland Australia. The views from the summit of Mt Tate are particularly good, and include looking over the rocky plateau of the Main Range towards some of Australia’s other highest peaks. The route through colourful and varied alpine scenery is unmarked, and for much of the time there’s no track, but navigation is easy in good weather, and you might have the place to yourself, as I did even on Easter Saturday. END_OF_DOCUMENT_TOKEN_TO_BE_REPLACED
April 20, 2019 / alpine, Australia, featured walk, fewer people, Hard, Kosciuszko National Park, mountains, off track, Regional NSW, views
Mt Twynam, Little Twynam, Blue Lake & Hedley Tarn, Kosciuszko National Park NSW

On this walk high up on the Main Range I visited Australia’s third highest peak for the first time, Mt Twynam at 2196m of elevation, it’s sibling Little Twynam (2130m), the spectacular Blue Lake, and nearby Hedley Tarn. There’s excellent alpine scenery the whole way, and with the possible exception of the justifiably popular Blue Lake, you’ll avoid the worst of the crowds that frequent the southern area of the range near Mt Kosciuszko. END_OF_DOCUMENT_TOKEN_TO_BE_REPLACED 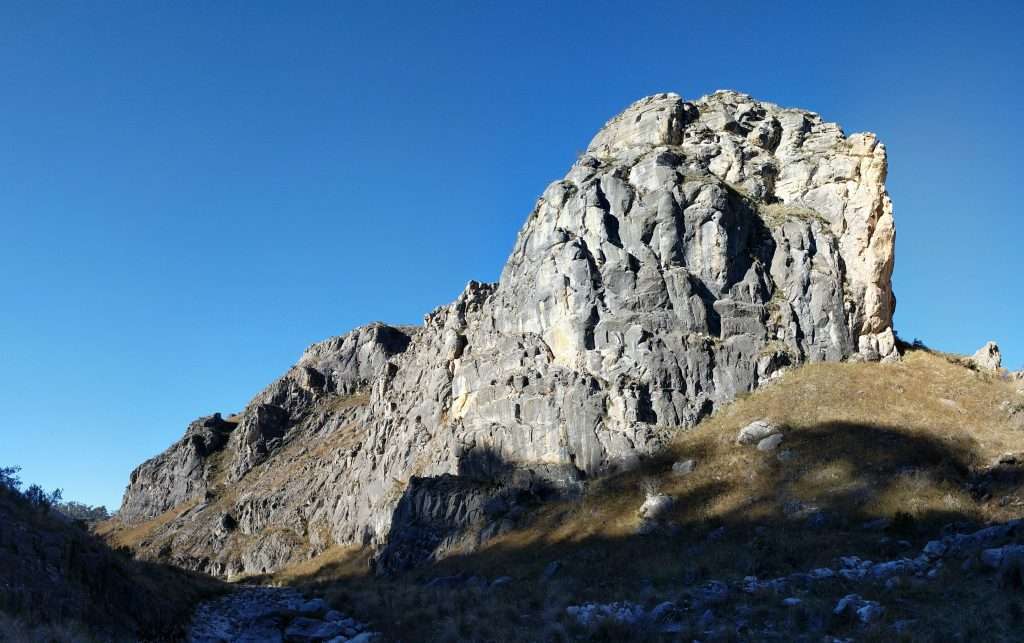 The attractive Nichols Gorge Track branches off from the common start with the Clarke Gorge Track, near the camping area at Blue Waterholes. Not quite as spectacular as the narrow and shear sided Clarke Gorge, Nichols Gorge is nevertheless very atmospheric, and has the added advantage of being a circuit walk, (and you won’t get wet feet). It feels a bit more remote than it is (which I like), and opens out onto a wide treeless plain in the latter half. END_OF_DOCUMENT_TOKEN_TO_BE_REPLACED 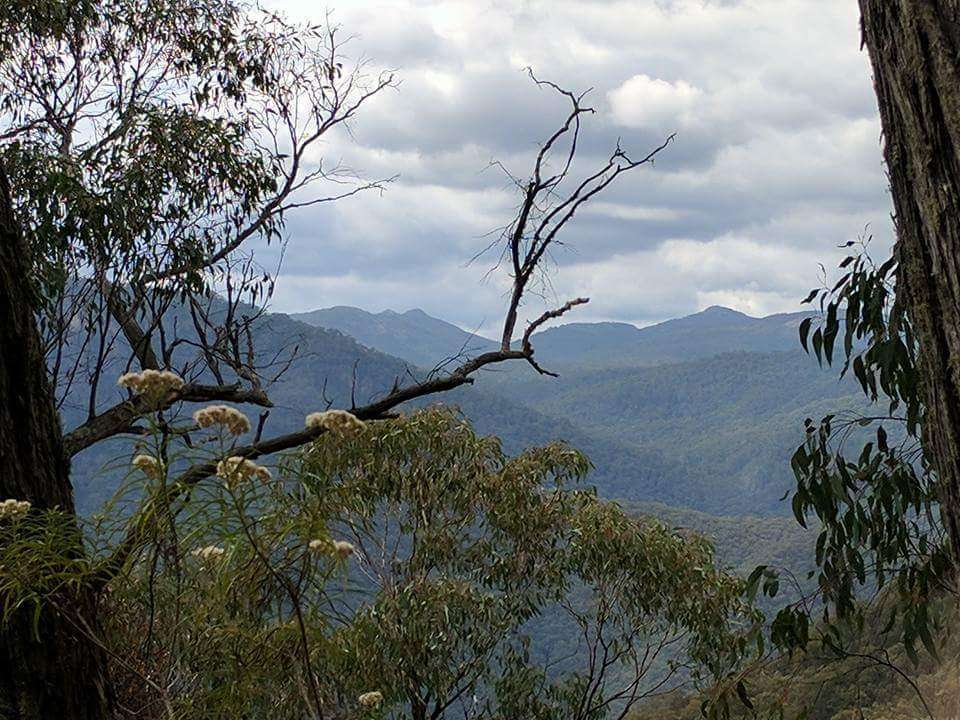 The Old Mountain Road walking track is a straightforward walk along a historic (unsealed) road, built in 1860 during a gold rush. There are remnants of poles and wires along the route, and views of the Bogong Peaks Wilderness Area from near the end. It’s a steep 4km ascent from Jounama Creek Campground to the turnaround point at the Snowy Mountains Highway, and you can do the Jounama Creek Track from the same starting point.  There are track notes on the NPWS website, and in this NPWS brochure, which describes the walk as a one way descent from the top. END_OF_DOCUMENT_TOKEN_TO_BE_REPLACED 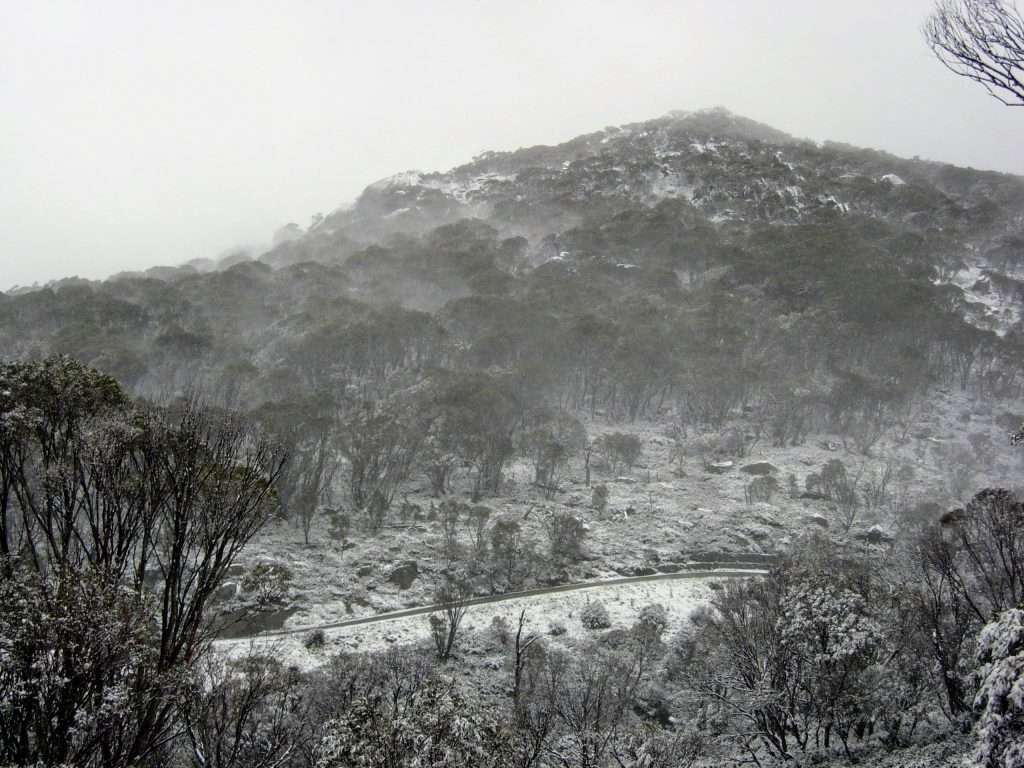 We’ve stayed in Perisher a few times on the first weekend of the ski season (the June long weekend). Apart from doing the Porcupine Rocks walk, we also walked once to Blue Cow in very wintery conditions. It’s along a road, so although it is recommended for summer, I think early winter before heavy snowfall is a more picturesque but still practical option. END_OF_DOCUMENT_TOKEN_TO_BE_REPLACED 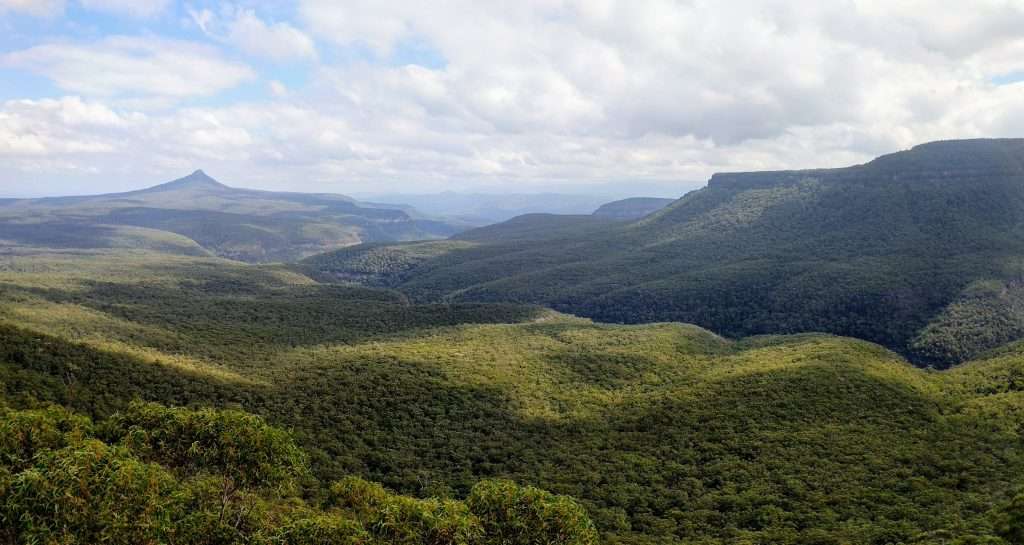 There are good views of the Budawangs to be had at the turnaround point of this 2-3 hour walk, but much of the walking is along a fire trail, which can be a bit monotonous. Nevertheless worth it if you want access to views on a straightforward walk, or like us if you’ve already done walks in the area* and want to do something different (*eg, the nearby Mount Bushwalker Track). END_OF_DOCUMENT_TOKEN_TO_BE_REPLACED 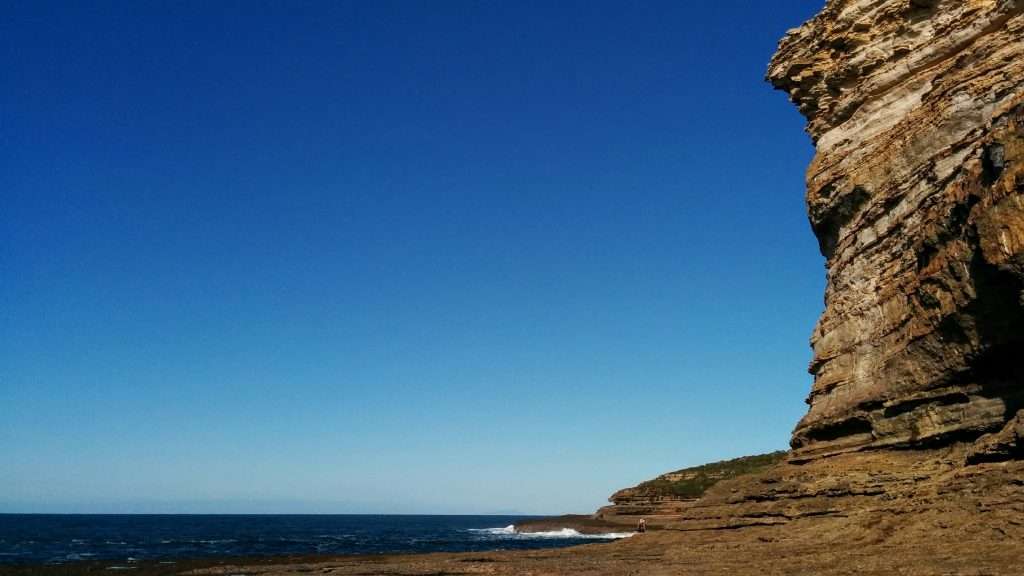 We originally intended to do the Pretty Beach to Pebbly Beach circuit, but set off from the wrong beach (Merry Beach), and came across the rather impressive headland called Snapper Point. This has tall striated cliffs and large rock platforms, and is worth a visit. You can’t continue around the headland though, so we returned to Merry Beach and climbed Durras Mountain to the large water tank at the summit. Although somewhat obscured by rejuvenating native vegetation, there are still partial views of the coast.  END_OF_DOCUMENT_TOKEN_TO_BE_REPLACED

These pics are from our second time up The Castle (847m), one of NSW’s most challenging and spectacular day walks, situated in Morton National Park on the South Coast of NSW near Ulladulla. The views are probably the best I’ve seen in NSW, and with just enough exposure near the top to get the adrenaline flowing, it makes a memorable walk for any fit bushwalker. END_OF_DOCUMENT_TOKEN_TO_BE_REPLACED