A big walk to the two highest peaks in the Palmer Range, Godley Peak (2087m) & Moorhouse Peak (2025m). Scree and tussock in all directions.

I rather like the idea of climbing 2000m high peaks in a day, and the route to Godley Peak (2087m) offers this experience, plus you can bag a second, Moorehouse Peak (2025m), for just another kilometre of walking. The patchwork of colourful pink scree and golden tussock of the surrounding slopes is very attractive if you like that sort of thing. There are views of the Rakaia Valley for almost the whole walk, and there are higher peaks in the Main Divide not too far away.

It’s a steep ascent to the tops, and there’s an unpleasant section of bush bashing through spiky matagouri, so you’ll certainly earn your views. But it’s satisfyingly wild and stark country on the Palmer Range tops, and worth a visit if you have already done some of the more accessible walks in the foothills. Track notes at the end.

Other options to climb high peaks in the Canterbury Foothills

I’ve written a blog post on climbing Canterbury high peaks in a day. 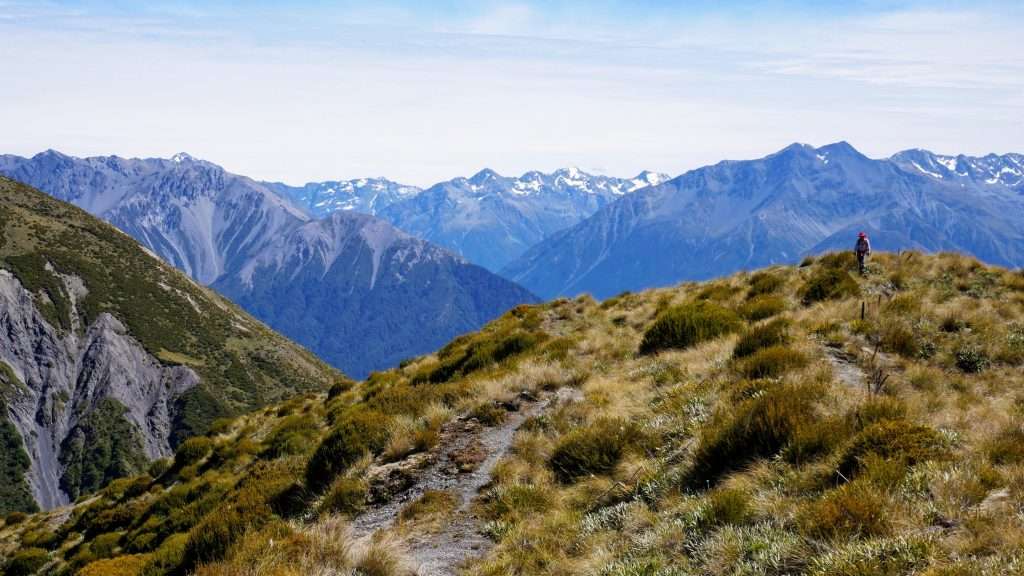 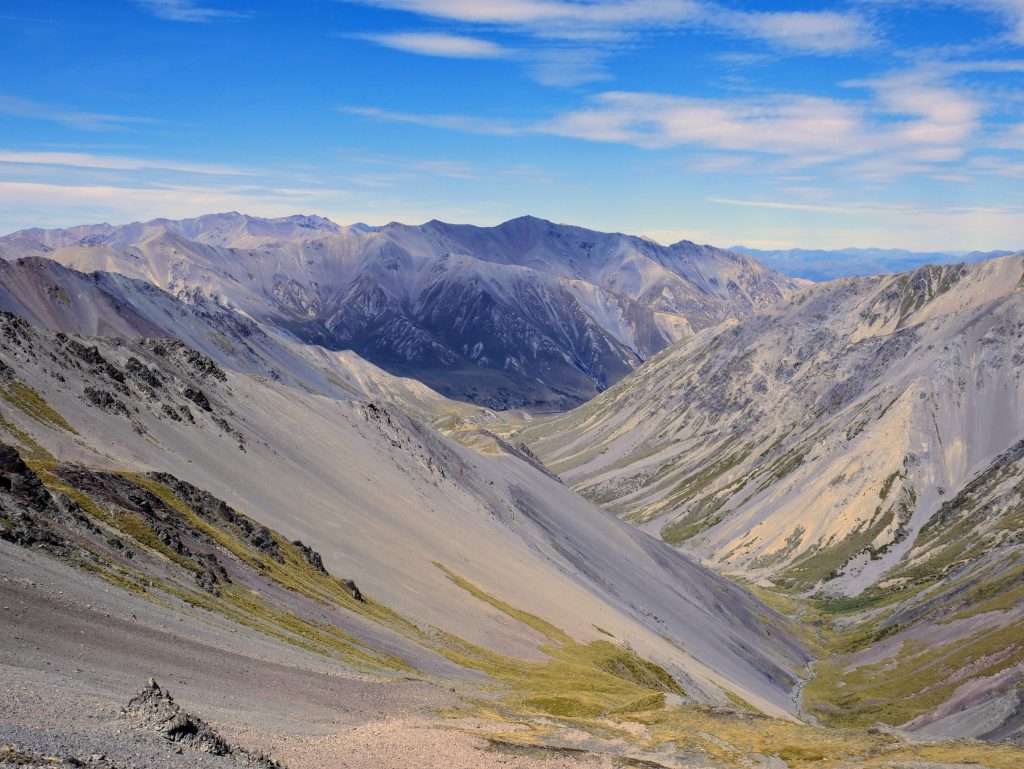 The beginnings of the Smite River Valley. 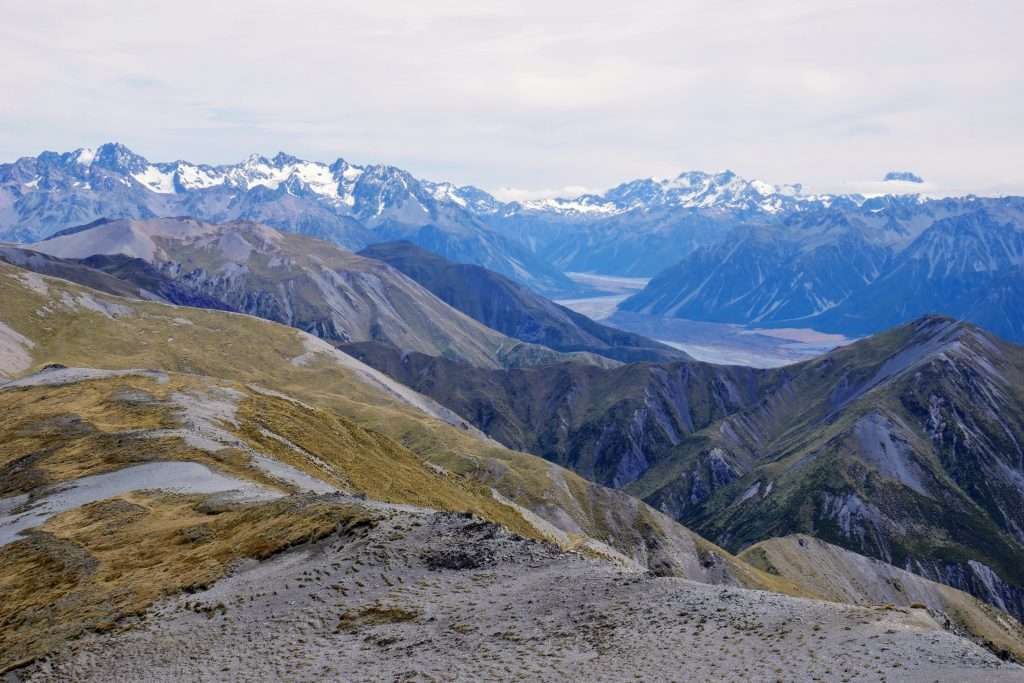 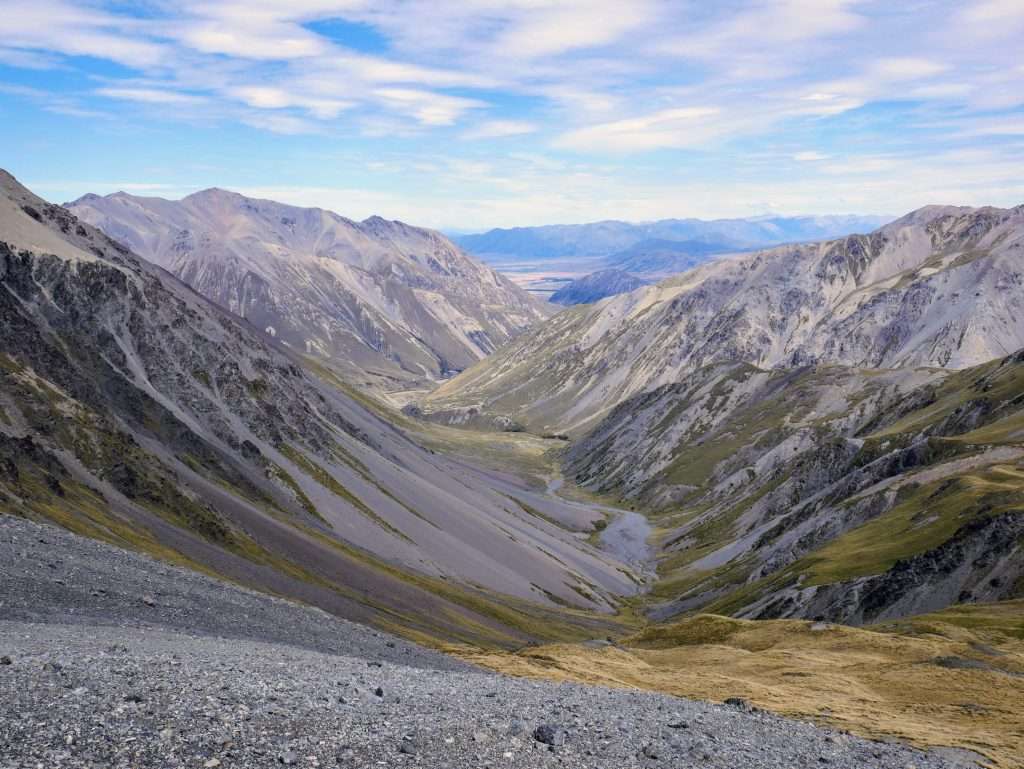 The walk starts off on the Homestead Hill easement, which, in summer at least, soon involved pushing steeply up through head high pasture grass. When you get to the conservation area boundary you’ll notice the matagouri scrub is thick as, but slightly less thick on the private land side of the fenceline.

We found the bush pretty much impenetrable in the conservation area. It seems walkers instead stick roughly to the fence on the private land side. Indistinct impact tracks wind their way steeply up through the matagouri, never straying far from the fence. Hopefully this is not an unreasonable incursion on private land. There is a way through, but you will inevitably get a face full of matagouri, and we found it to be quite unpleasant walking. After the bush thins out you can easily hop the fence into the conservation area at a few spots with reinforced wooden posts.

Once you are at Homestead Hill there is a short section of walking through beech forest, then it’s up steeply again all the way to the tops. After this it’s mostly flattish travel along a ridge, which becomes rocky towards point 1871m. The last steep climb is to point 2010m. From there Godley Peak is an easy walk through small boulder fields. I went on to Moorhouse Peak just to bag a second 2000m peak for the day. You can easily see the route from the summit of Godley Peak, and walking is entirely on scree/shingle.

I got the idea for this walk from Canterbury Foothills and Forests: A Walking and Tramping Guide. There are more options in the area including various multi-day adventures to be had.