My wife Sophia did the first section of this walk, the Gibberagong Track, at the start of a 50km charity walk. She thought it was really pretty and so when her legs recovered she suggested we go back to do it as a circuit combined with two tracks we’ve done in the past, the Sphinx and Warrimoo Tracks. It’s a very picturesque walk predominantly along two salt water creeks with steep sided banks. We’ve done it twice to date: in spring there were many wildflowers out, and in late autumn conditions were so calm that Cowan Creek at the end of the walk was like a mirror, making for some nice photos. There’s a couple of cafes at Bobbin Head so you can have food and tea/coffee at the end of the walk in pleasant surrounds.Track notes at the end. There’s roughly 15 minutes passing through suburbia, but it’s a nice area and doesn’t spoil the walk.

Photos from two occasions, the first in 2017 with spring wildflowers, and the second in late autumn 2018 when conditions were very calm and reflective (the water, that is). 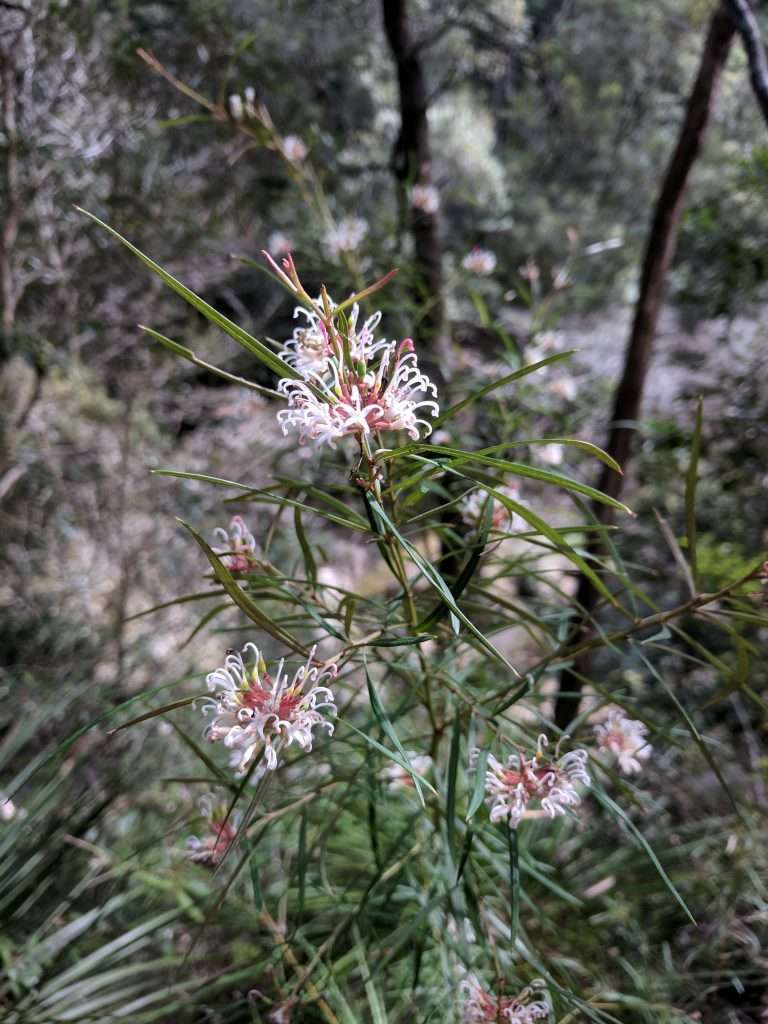 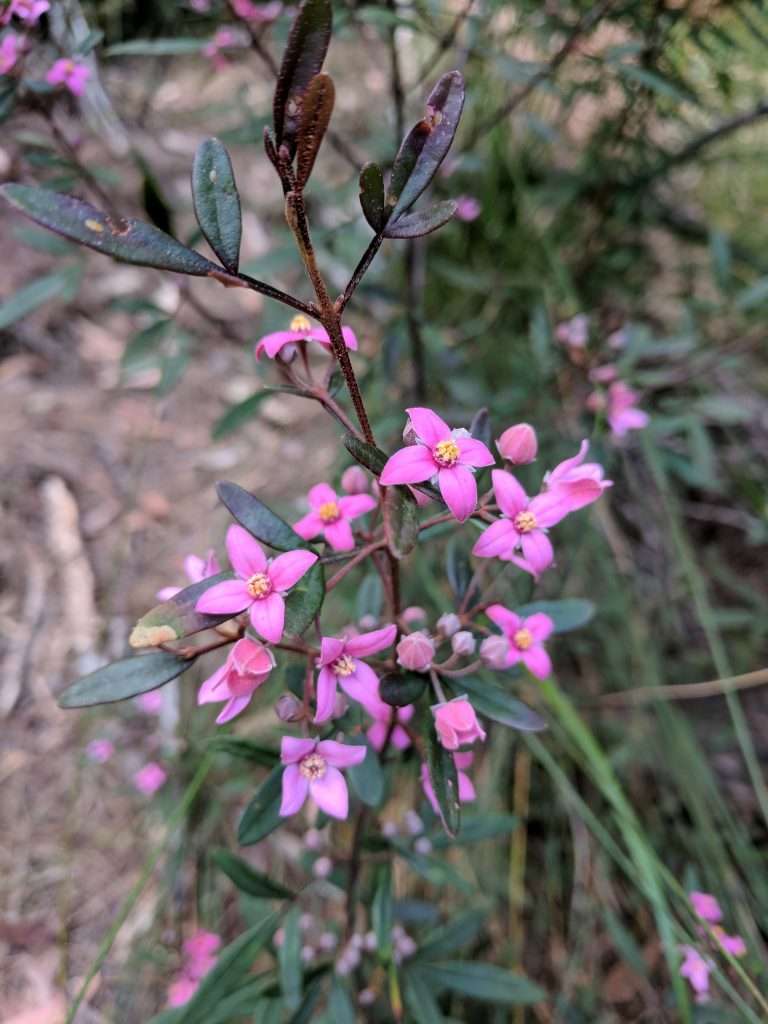 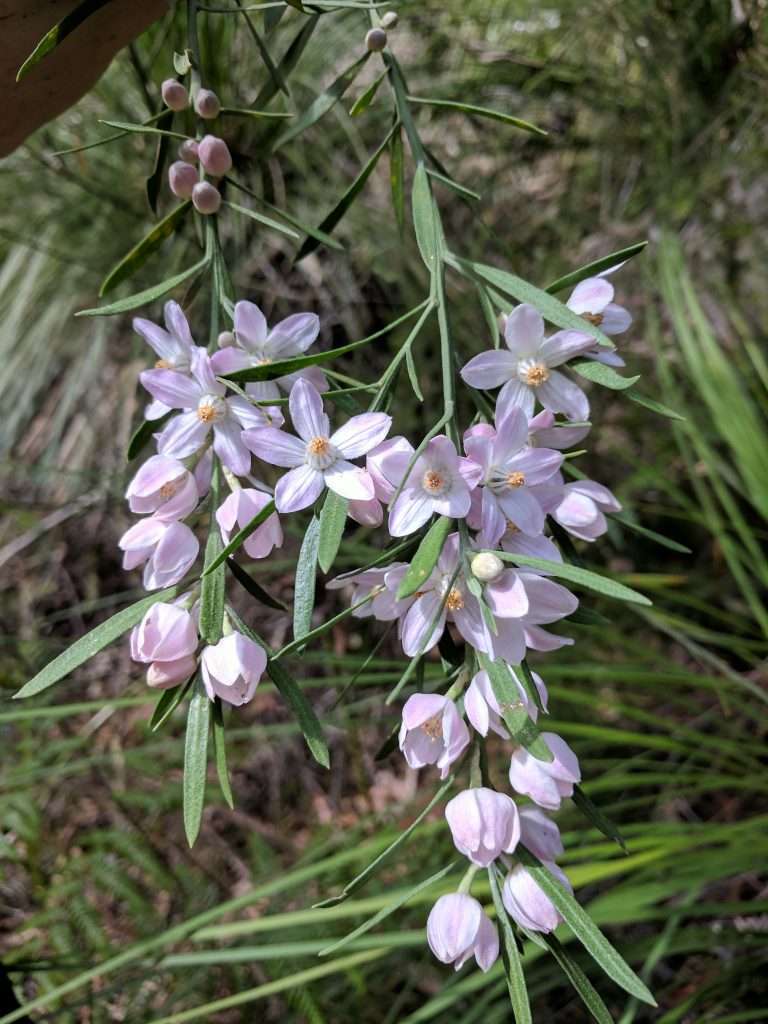 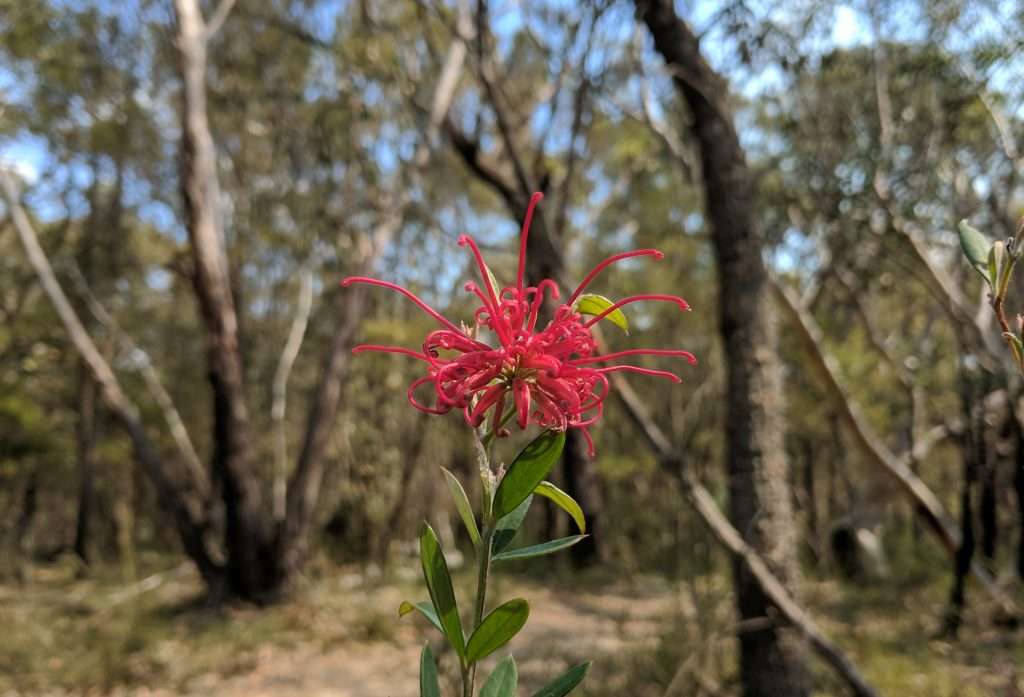 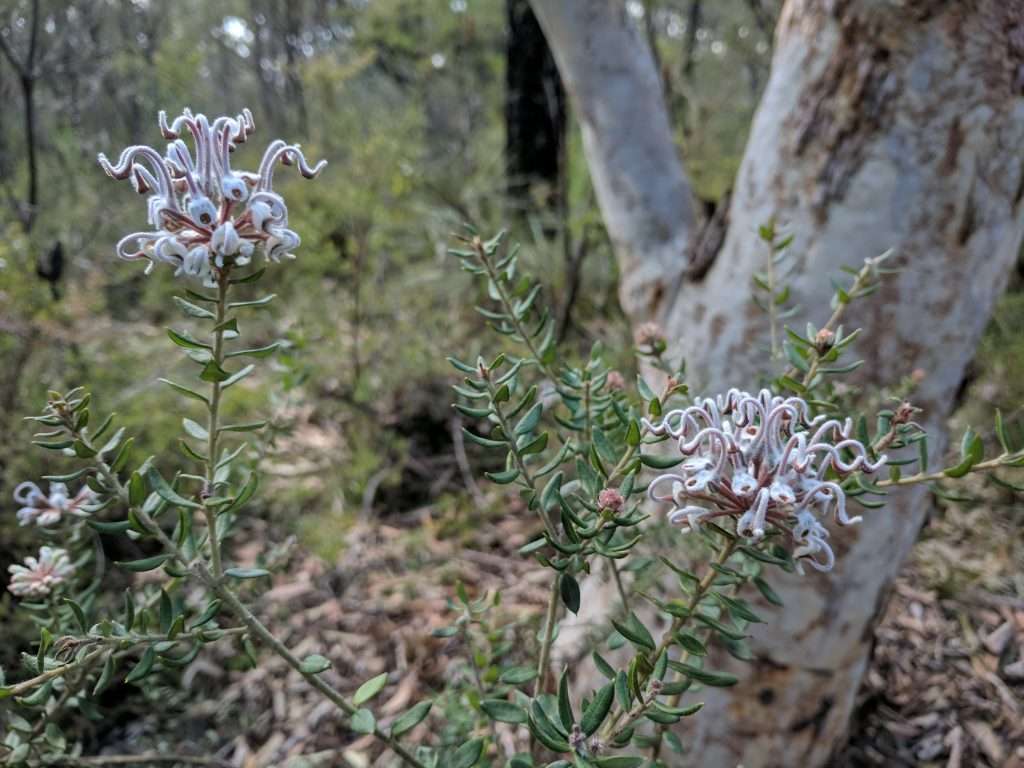 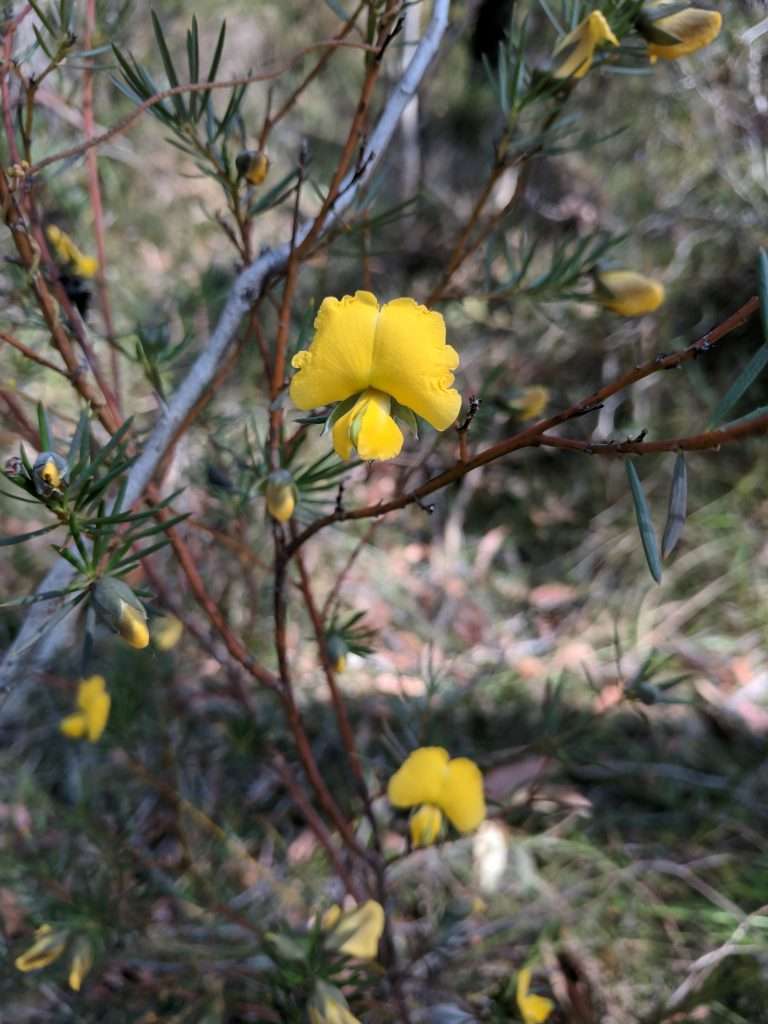 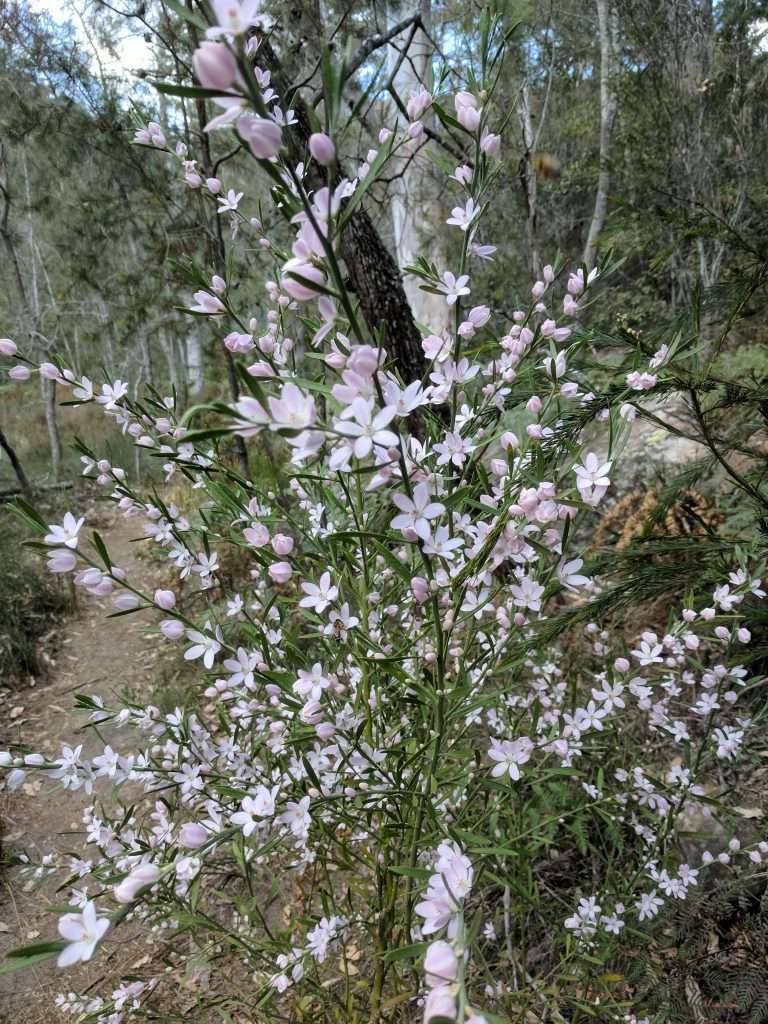 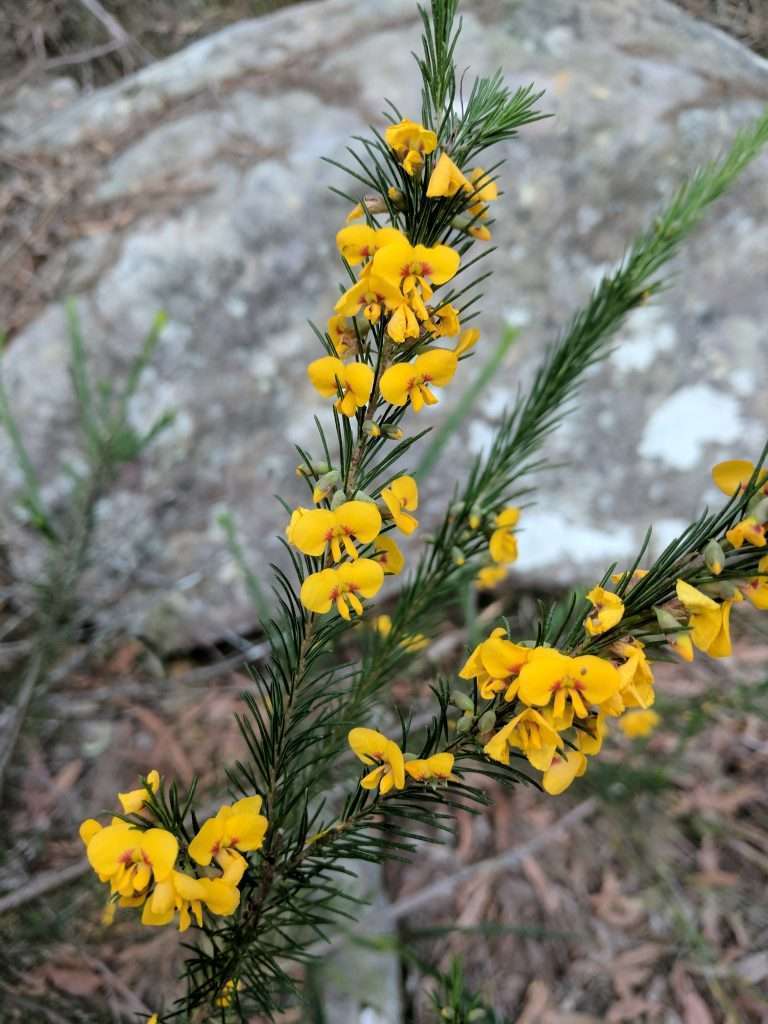 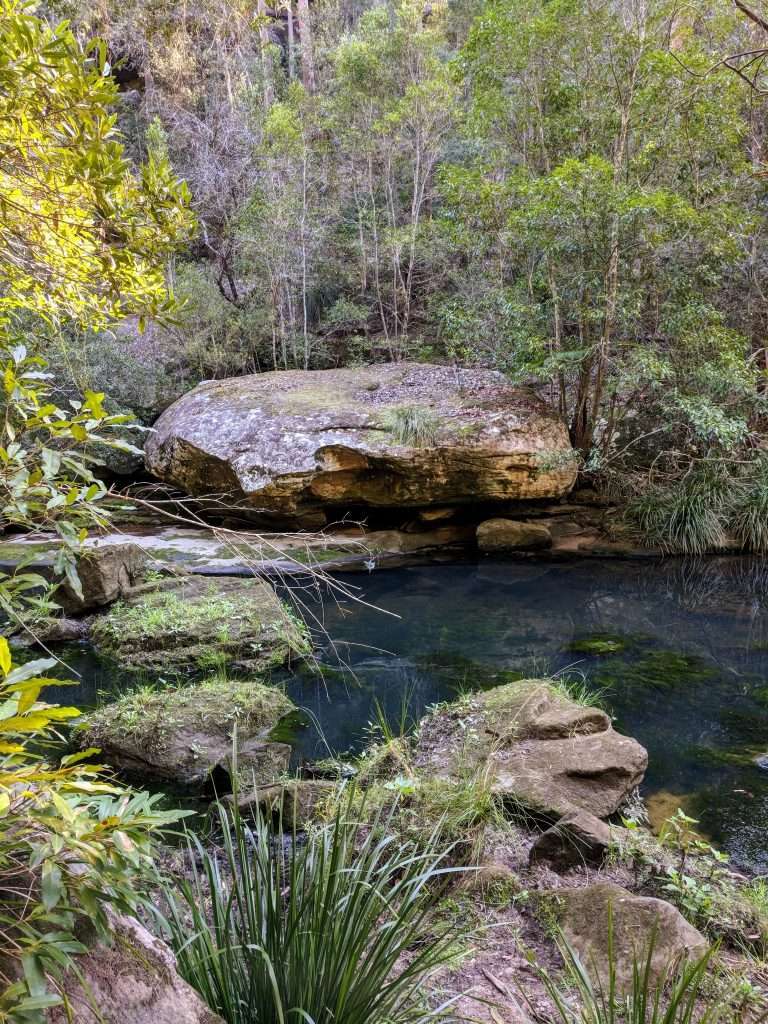 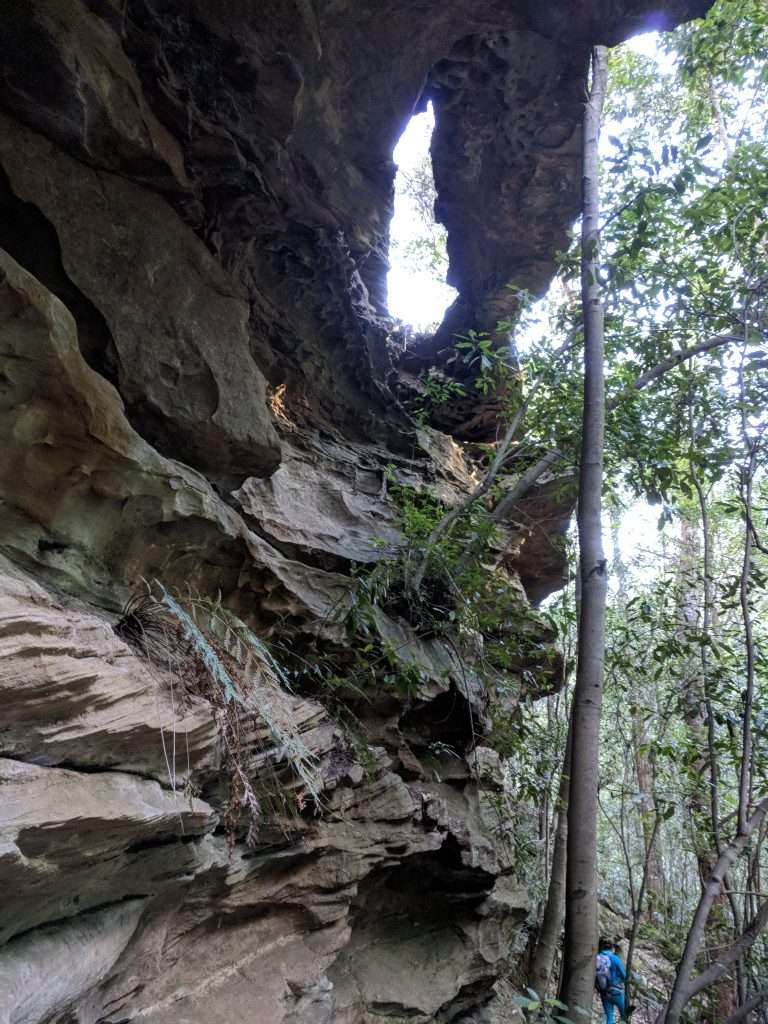 Starting at Bobbin Head inside the national park (fees apply), you walk along Cockle Creek over a bridge into mangroves and onto the Gibberagong Track, following this along the creek until you reach a sizeable pool, then take the signposted turnoff to Murrua Road up a short but steep hill into suburbia. Wind your way through suburbia to Bobbin Head Road, turn left and head back to the main entrance to the park, and follow the signs to  the Sphinx Track on the right. The Sphinx Track leads down to the Warrimoo Track which skirts Cowan Creek; turn left onto this and you’ll end up back at Bobbin Head, emerging at the marina. (The marina closes at 5 and it looks like you can’t exit after that, so don’t be late!)  You can see the relevant tracks and landmarks near the start on Google Maps…