A long and spectacular walk up rugged Corner Peak (1683m) with views of Lake Hawea, the Hunter River, and over numerous mountain ranges. 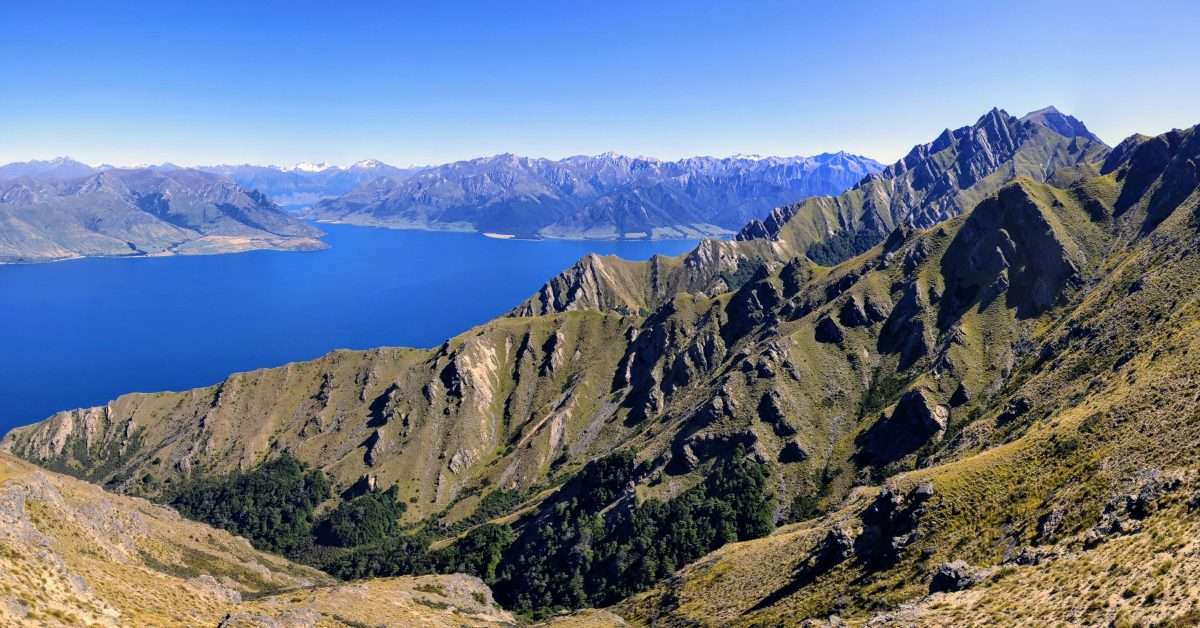 Corner Peak (1683m) cuts a striking figure from the western shore of Lake Hawea, especially as you drive from the West Coast across The Neck, alongside Isthmus Peak. Multiple spurs rise 1300m very steeply out of the lake, but the way up is along a long ridge from the south. It feels quite adventurous, and is a hard slog, but the scenery is spectacular pretty much from start to end, so it’s well worth the effort. One of the best walks in this area, along with Sentinel Peak and Breast Hill.

The route is sometimes hard to follow, and is unmarked for the final 1.5-2km, and might require a bit of scrambling in places if you lose the route. So one for more experienced trampers. Track notes at the end.

A video from the summit…

On our way back … 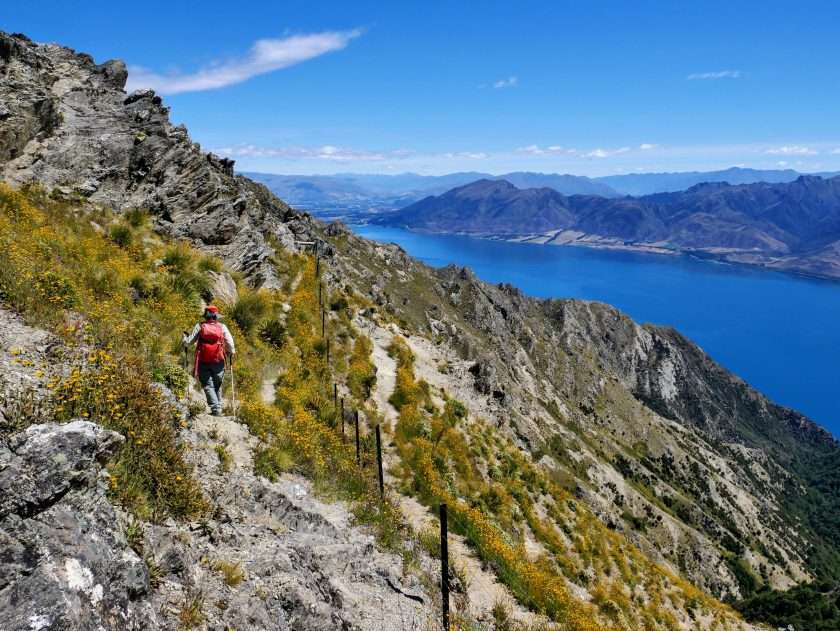 The route is sometimes hard to follow, and you have to cross fences without a stile at least a couple of time to stay on the marked route. We got a bit lost and ended up having a steep scramble on loose material for a while. If you don’t get lost then it is fairly straightforward until you get to the Hawea Conservation Park. From there you can follow an impact track to the east of the ridge (not on the ridge), but this will become indistinct so you have to follow a few cairns and your intuition to navigate this section. Not too hard but will be a bit slow. The final climb to the summit is straightforward. The steepest climb is early on to get up onto the ridge, but the views ramp up once on the ridge so you’ll be amply rewarded.

Park your car at the Timaru Creek car park, then walk over the bridge and up the hill just a bit – the tracks starts on your right. (It looks to be marked incorrectly on the topo map, but is signposted and easy enough to see).

The walk will take about 8 hours or so, (although we met one other walker who managed to get up in 3 hours, so he was really moving!).