This partial circuit walk to Cape Bailey passes along coastal cliffs and through heathland. It starts near Kurnell in Sydney’s south, at the south-eastern tip of historic Botany Bay.

This Cape Bailey Circuit walk in Kamay Botany Bay National Park is an alternative to the coastal walks in the nearby Royal National Park. Like some sections of the RNP Coast Track, it passes mostly through heathland and along impressive cliff edges. You won’t feel quite as remote on this walk as there is an old oil refinery (now fuel import facility) that is still (barely) visible from some spots, but it’s a pretty good option for a walk well inside the city boundary. And this area is a good spot for whale watching when in season.

We used track notes in A Day in the Bush. Their notes finish at Cape Bailey Lighthouse, but it’s really not much further to the attractive cliffs and rocks at Cape Bailey. There are a few different options, but we usually start at the visitor centre car park, taking the left hand Yena Track option to the road, and continuing along the Cape Bailey Track from the road end to wherever you want to turn around. (If you are energetic, and perhaps if you have transport arrangements, you can walk all the way to Cronulla). On the way back take the left hand option at Tabbigai Gap to join with the Yena Track nearby the start/end. Google Maps shows these tracks. 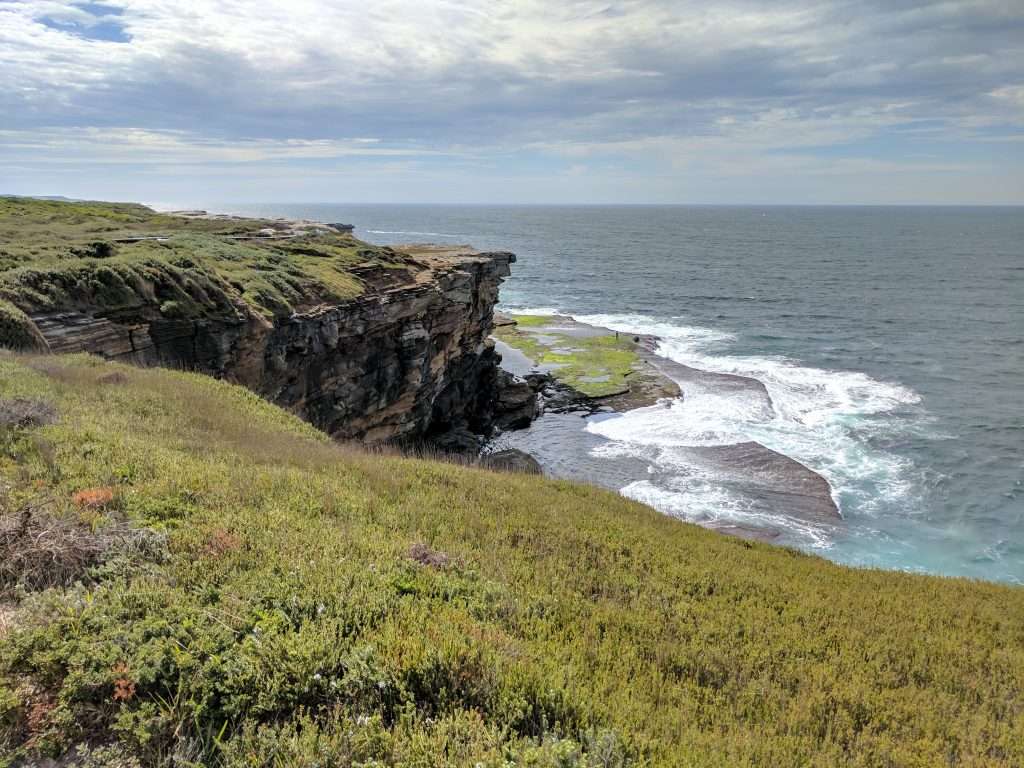