Spectacular gorge and canyon scenery on this relatively easygoing circuit walk in Bungonia National Park, in the NSW Southern Highlands near Goulburn. 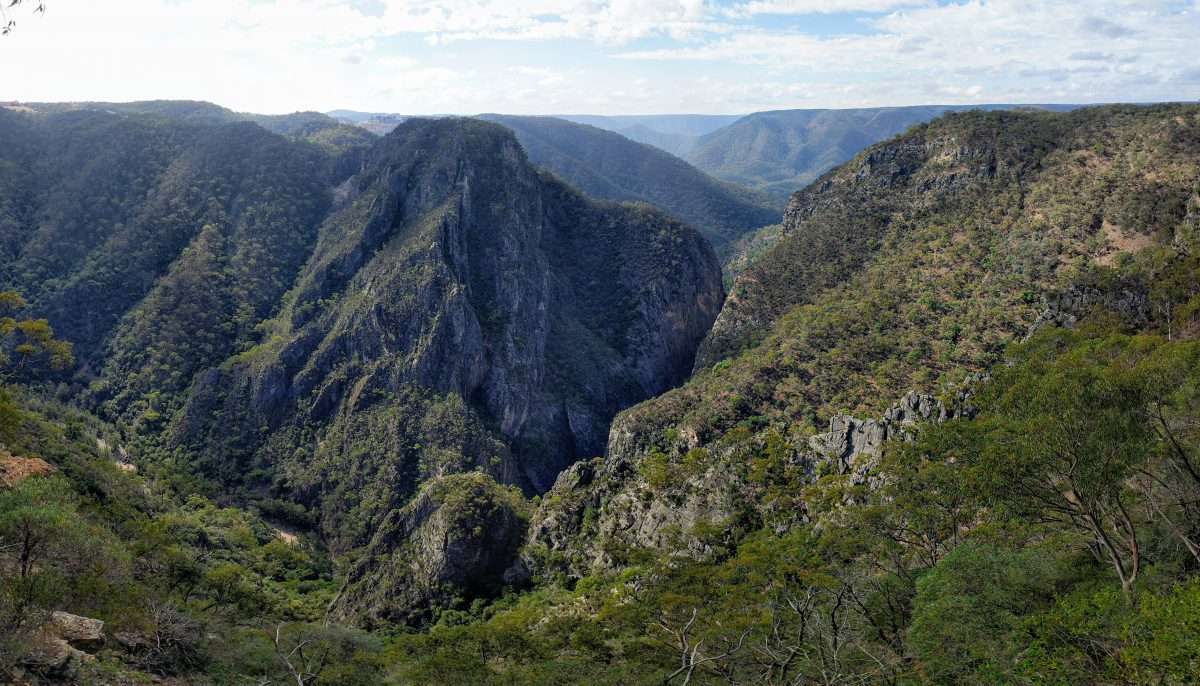 Bungonia National Park was a new find for me, and its spectacular karst landforms make me wonder why it’s not more famous. Without a great deal of time I did a fairly easy circuit walk, the Green Track, taking in the main lookouts over  spectacular canyon and gorge scenery. A short side trip along the White Track added one more excellent lookout over the Shoalhaven River Valley.

It’s possible to drive to some of these lookouts, but there were a few points of interest accessible only from the tracks, such as Mass Cave, and also the view over the Shoalhaven River from the end of the White Track. The standout walk in the park is apparently the circuit walk through Bungonia Slot Canyon, which I saw from Adams Lookout. That is one for next time. Track notes at the end. 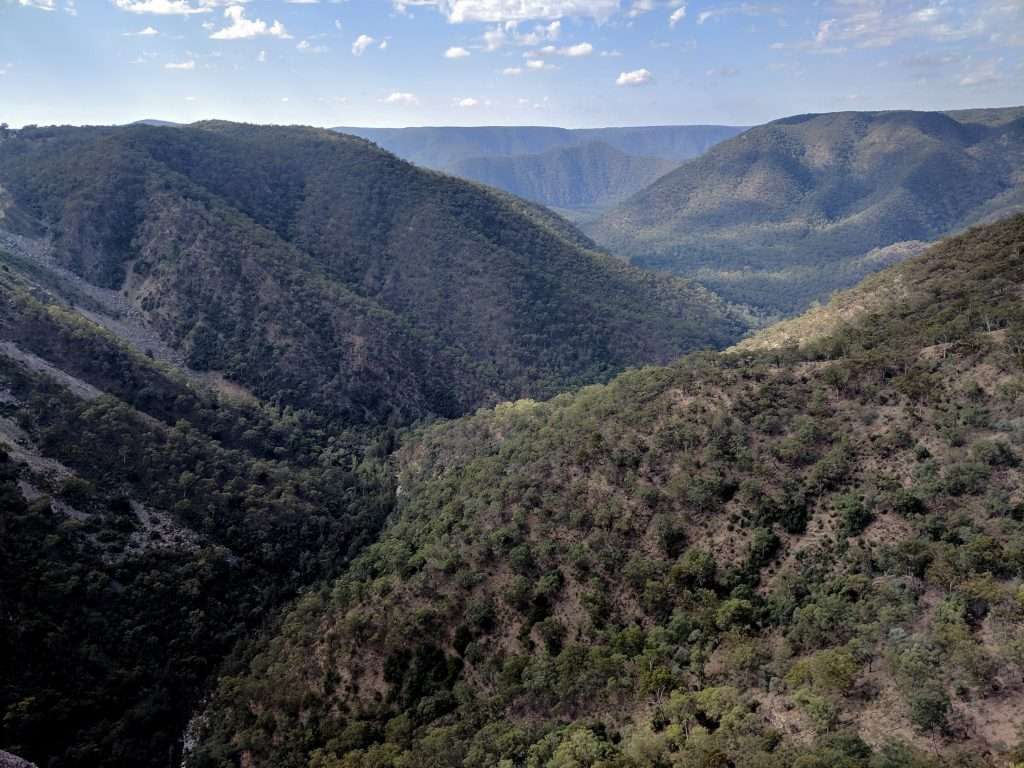 I used track notes in Best Walks of the Southern Highlands, but the track is obvious, and the network of tracks is marked with coloured markers denoting the track name. The Green Track is a circuit that visits a number of lookouts and unofficial viewpoints, and the White Track is a side trip east off the Green Track (with a short distance in common), and visits Mt Ayre Lookout. You can start the Green Track at a number of points, but my notes suggested parking at the campground near the visitor centre and walking clockwise.

In the Google Map below I took the track labelled as the Adams Track, and it has various other names as it circles back around to eventually be labelled as the Green Track.

Bungonia National Park is about 2 hours or so from Sydney.