This easygoing walk along forestry management roads takes in three viewpoints over Bundanoon Gorge and nearby valleys.

The main highlights of this walk are the views over Bundanoon Gorge and adjacent valleys from three viewpoints, all accessed on the first half of the walk. The route is mostly flat along forestry management roads, and passes through eucalypt forest and pine plantations.  This kind of walking isn’t the most interesting, but I think I was just happy to be outside after time off in part due to a leg injury, so I enjoyed it nevertheless. The views from the lookouts are good, and there were sections of many wattle trees, so early spring is a good time for this walk.

We walked a circuit route in clockwise direction, and the last of the lookouts was probably the best. The next pictures are from the first lookout:

From another spot at the first lookout:

From the second lookout: 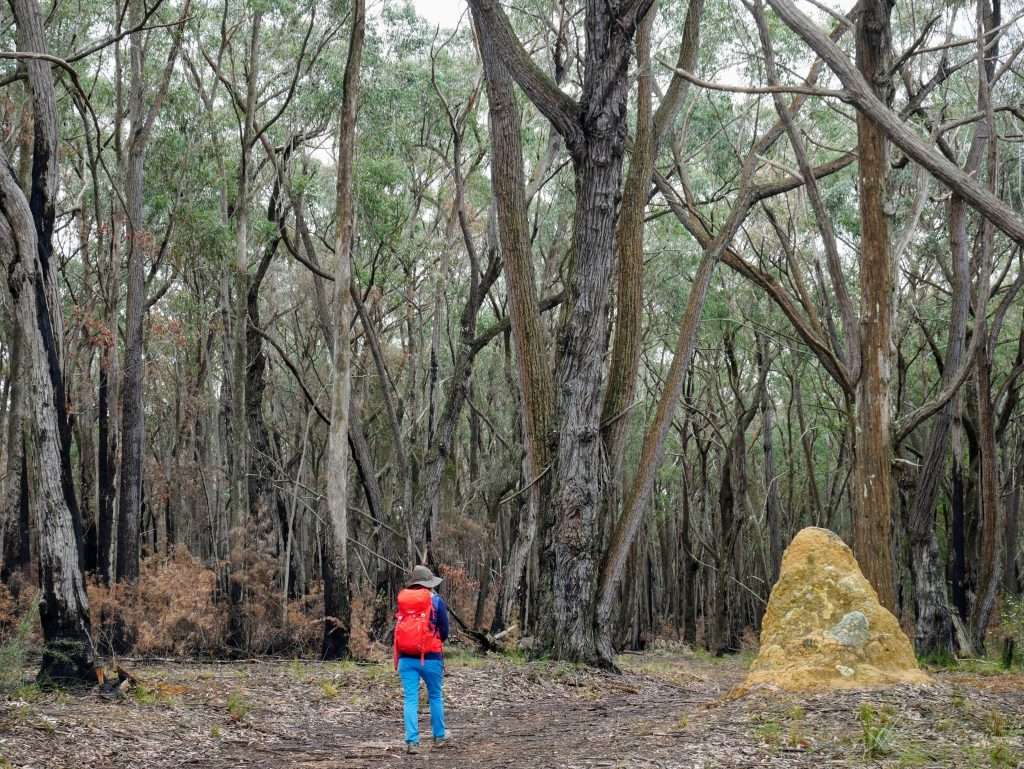 We used notes in Best Walks of the Southern Highlands (2012 edition). Starting near the end of Rosedale Road (at Filberts Farm), you climb over the locked gate and walk down a management trail with a pine plantation on your left. The three lookouts are side trips off this road, all on the right hand side as you curve around roughly following the gorge. We got lost coming back due to absent mindedness, but you double back a bit from the last lookout and then head right at a fork in the road through wattles. The road becomes Whitetop Box Rd at a crossroads, and you should keep going straight until you reach Filberts Farm, then veer right and you should see your car.

You can see all the necessary roads on Google maps except for the track to the final lookout, which is obvious, and starts at the point marked in the map below…